As Enrico Caruso (1873-1921) is to opera, so Vaslav Nijinsky (1890-1950) is to ballet. They are legendary names that have passed down through history as being the greatest interpreters of their art. The ballet Nijinsky reflects choreographer John Neumeier's long-time fascination with the dancer – and if the deafening applause and cheers that exploded as the curtain came down is any indication, the National Ballet has another run-don't-walk hit on its hands.

Neumeier created Nijinsky for his Hamburg Ballet in 2000, and the complex, stream-of-consciousness portrayal of the great dancer is not an easy work. His treatment of Nijinsky is like an impressionist painting – you have to look closely to see all the layers.

The tapestry of the ballet is made up of several strands woven together that collectively reflect Nijinsky (Guillaume Côté) in both the glory of his public life as a dancer and the tragedy of his troubled private life. Neumeier's interplay between the two is masterful.

Key threads include Nijinsky's complicated romantic relationships with impresario Serge Diaghilev (Jiri Jelinek) and the dancer's wife, Romola (Heather Ogden). Diaghilev made Nijinsky a star, but fired him from Les Ballets Russes in a rage after the dancer's marriage. Diaghilev is portrayed throughout the ballet as an éminence grise, while Romola is the long-suffering victim of her husband's erratic personality.

There is also Nijinsky's family – his dancer mother, Eleonora Bereda (Xiao Nan Yu), his gifted younger sister, Bronislava (Jenna Savella), who was both a dancer and a choreographer, and his brain-damaged older brother, Stanislav (Dylan Tedaldi) who was incarcerated in an asylum in 1902. In the ballet, Nijinsky celebrates Bronislava's talents, while Stanislav's death is a mortal blow to his fragile psyche.

Added to this tangled web are portraits of Nijinsky in his most famous roles performed by Naoya Ebe, Keiichi Hirano, Francesco Gabriele Frola and Aleksandar Antonijevic, with Ebe and Hirano doing double duty with two roles each. The dancers wear authentic costumes taken from the designs of Léon Bakst and Alexandre Benois for Les Ballets Russes.

The choreographic bookends are Nijinsky's final performance on Jan. 19, 1919, at the ballroom of the Suvretta House Hotel in St. Moritz, Switzerland. The ballet is structured like fragments of a dream, with Nijinsky's hallucinations conflicting with real life. Nijinsky was diagnosed with schizophrenia, which effectively ended his dance career. His last three decades were spent in and out of mental institutions.

Once the audience has a lock on these various threads – lovers, family and dance roles – they then have to be aware of some other balls that Neumeier juggles in the air. While Michel Fokine's choreography danced by Nijinsky is conventional, designed to show off his formidable jumps and leaps, Nijinsky's own choreography is radical and nouveau.

Côté as Nijinsky showcases these contrasting views – his flamboyant, virtuoso, imperial-style showstoppers are interspersed with the flat, angled and flexed positionings of contemporary ballet. By the end, when Nijinky's madness takes over, Côté's emotional outpouring is heartbreaking, both as an actor and a dancer.

Jelinek is a standout as Diaghilev, with his veneer of icy calm. He is both sexy and nasty, and dominates the stage. Ogden is absolutely gorgeous in her vulnerability. Her acting keeps getting better and better, and her performance as Romola is very touching indeed.

The rest of the company is wonderful, particularly the four Nijinskys who show off the dancer's legendary talents. Mention should also be made of the huge ensemble episodes where his reality and imagination collide. It's going to take several viewings to digest the various threads that are twisting together – but somehow, they all work. It is definitely a jewel in the crown for the National.

The glory that was Ballets Russes
April 23, 2018
Why ballet dancer Jiri Jelinek came to Canada
May 11, 2018
Reid Anderson's triumph with Stuttgart Ballet
May 3, 2018 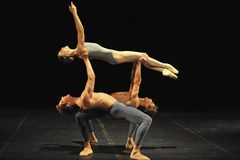 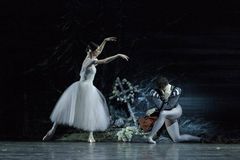 Theatre Review
James Kudelka’s Nutcracker still surprises – after all these years
May 10, 2018 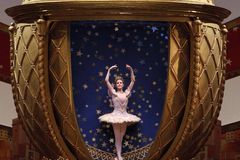