That's what I've been saying to every theatre artist who has mused aloud about how operatic the Toronto mayor's story is – or how like a Shakespearean character he is. No one has been listening to me, of course. Like reality-show producers and late-night comedians, theatre creators are not resisting the urge to exploit the mayor's self-destruction for entertainment and are happy to, hypocritically, ride on his untucked shirttails.

Every few weeks, I receive word of another Ford-related show in development. Toronto journalist Donna Lypchuk and composer Bernard Maiezza are hard at work on a "cracktacular mayoral musical satire," while Canadian playwright Jason Hall is premiering 21 Things You Should Know About Toronto's Crack-Smoking Mayor at the Edinburgh Fringe in August.

And so I greeted the news that Mike Daisey, the American monologist best known for The Agony and the Ecstasy of Steve Jobs, would be coming to Toronto to premiere a new piece called Dreaming of Rob Ford as part of Crow's Theatre's East End Performance Crawl (May 21-June 1) with an eye roll.

"Oh God, not another show about Rob Ford," I said – and that's exactly what I repeat to Daisey when I reach him over the phone in New York. Daisey suggests that this reaction speaks to how Ford is being covered "in a really shallow way."

"A lot of my work often concerns stories that are actually really well known, but where we're not looking at what I would argue is the more interesting angle," he says. That is what Daisey did in The Agony and the Ecstasy of Steve Jobs – which explored his love affair with Apple products and his unease with the conditions of their Chinese manufacture.

He seems to have similarly ambivalent feelings about Ford, about whom he decided to create a show after being invited to visit Toronto by director Mitchell Cushman. "I'm intensely interested in how the story of Rob Ford is really the story of how the media constructs stories – and how things become hot and how political power interfaces with celebrity," says Daisey.

This smells like the usual artistic double standard to me: Critically exploring why a subject is hot – while at the same time basking in its warmth; talking about how stories are constructed, while constructing a story.

At the same time, it's intriguing that it should be Daisey tackling the topic of how journalists milk click-bait controversies – given that he found himself at the centre of a smaller media maelstrom just a couple of years ago.

The Agony and the Ecstasy of Steve Jobs first catapulted Daisey to fame in the theatre world – and then to larger infamy when it emerged that he had embroidered the truth about Apple's factories in his monologue. Like Ford, Daisey has alternated between apologetic and unrepentant ever since, and continued to perform an altered version of the play. Does he feel a kinship with Toronto's the-show-must-go-on mayor?

"I understand the connection you're making – it's just you're not the first person to make it and I think it speaks to the myopia of journalism," he says.

He contrasts the attention that he has been receiving for his Ford show versus what he's receiving for a show he's doing in San Francisco on the Occupy movement – and you can't help but think of city councillor Doug Ford's repeated claim that Toronto taxpayers don't care about his brother's personal life, but how much money he has (allegedly) saved them.

And this makes me wonder if Daisey – who, following his Steve Jobs controversy, is actually receiving more bookings than ever – is the one theatre artist I actually would like to see perform a show about Ford.

The monologist does seem to have some unique insights into how Ford has been "framed" by the media – a word with an interesting double meaning. "One of the things that is never talked about is how much Rob Ford being a large man affects everything about how he is contextualized," he says. For one thing, says Daisey, it puts Ford's refusal to resign into context. "When you're large, you are shamed constantly, every day, to a level that people who aren't large don't understand at all," he says. "You'll find a lot of large people have a degree of shamelessness, because … they've understood on some level that the effort of shaming is actually the effort to silence."

Daisey, you may have gathered, is a large man himself, and he exhibited a certain streak of shamelessness during the Agony and the Ecstasy controversy, refusing to simply prostrate himself and disappear into fabulist rehab. So …?

Having warmed up a bit, Daisey is more willing to talk comparisons. "Obviously, as an autobiographical monologist, I'm responding to the story because I feel that there's something I can add to it – and I think I understand some parts of it in a way that some people don't," he says. "The default script for me was that I should shut up and vanish – but I refused to and I still refuse to and that's why I'm still here."

Fair enough: But I'm still not sure why I'd pay to listen to Daisey talk about Ford in a city oversaturated with talk of him. But the monologist, surprisingly, notes that he's only interested in performing Dreaming of Rob Ford in Toronto – though he's received a lot of interest from other producers. His plans, for now, are to do it this one time, record it for a podcast, then move on.

And that, more than anything, makes me feel like Daisey has the right motives behind creating Dreaming of Rob Ford. Now, if only the rest of us could just move on. Please, please, please. 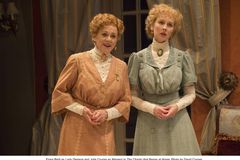 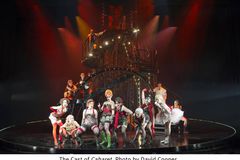 Taking on The Tempest, from two different angles
May 6, 2014 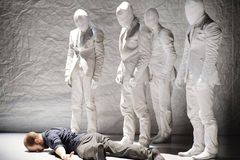 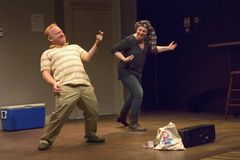 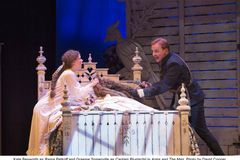