Bat out of hell? More like nostalgia out of control.

It was quite the hubbub on Yonge Street on Monday in Toronto, when cast members from the new Jim Steinman musical Bat Out of Hell charmed thousands with an upbeat four-song peek at the gonzo production inspired by Meat Loaf's magnum schlock-rock opus of the same name from 1977. Given that vintage, the crowd assembled in front of the Ed Mirvish Theatre for the showy freebee slanted to the grizzled. Why, even the members of a local motorcycle club, hired to rev their non-threatening engines in a display of Boost-drinking bad-assery, looked veteran enough to have worked Altamont in '69.

"Who is appearing here?" one teenaged boy had asked, surveying the excitable pre-show crowd. When the mention of "Meat Loaf" was met with a blank stare, an older woman elucidated: "He was before your time, sonny," she cackled.

"Trust me," she assured the boggled whippersnapper, "he was big."

Meat Loaf was big. Born Marvin Lee Aday nearly 70 years ago, the once-beefy balladeer (whose blockbuster Bat Out of Hell LP has sold some 43 million copies) is now a mid-sized, short-haired model. Behind the flatbed truck used for the stage, he autographed an eight-track version of the album that spawned two sequels (1993's Back into Hell and 2006's The Monster Is Loose) before climbing a set of stairs to address those in his thrall.

"It is like nothing you have ever, ever, ever seen before," the singer told the mob about the show he has never actually seen himself. (Bat Out of Hell: The Musical, which premiered at the Manchester Opera House in March, will hit the London Coliseum next month before making its way to Toronto in October.)

Other touters at the event included the theatre impresario David Mirvish, whose unruffled manner momentarily became ruffled as he described "jumping for joy" when he caught the show during its Manchester run. Next on the mic was the "Howard Hughes of Rock 'n' Roll," Michael Cohl, the legendary concert promoter involved in the Bat production. After reading a long list of positive press blurbs from British reviews of the musical, Cohl cheekily implored the crowd to "buy a ticket, and go to hell," a slogan of sorts.

Meat Loaf, if you don't know, is an old hand at musicals. In 1975, he made his film debut as Eddie in The Rocky Horror Picture Show. And now, so many years down the road, the Rocky Horror refrain "Let's do the time warp again" seems acutely relevant.

Earlier in the day, Meat Loaf sat down with The Globe and Mail for a sprawling interview among the velvet blue seats of the Ed Mirvish Theatre. Making his way toward a chair, the melodramatic singer dragged his left leg, his impaired shuffle caused by recent spinal-fusion surgery that, among other things, left him with diminished vocal abilities.

"I was at home watching and singing along to The Voice on television, and when the singer went for the high note, I went for it as well," explained Meat Loaf, whose collapse on an Edmonton stage in 2016 was blamed on dehydration. "It felt like a spear in my back, though, when I tried," he continued, speaking in an oddly pinched tone and garbed in a long leather jacket, with a conspicuous crucifix medallion dangling from his neck. "I sing with my whole body."

Although he's in town to promote the musical, Meat Loaf had no creative input into production, billed as Jim Steinman's baby. Meat Loaf and his on-again/off-again collaborator Steinman have endured a rocky relationship over the years, involving, among other things, trademark battles over the Bat franchise. The two apparently are in a state of détente: Steinman, who penned all of Meat Loaf's hits, wrote all of Meat Loaf's 2016 album Braver Than We Are.

Given that Steinman's postapocalyptic musical is based on a 40-year-old album and deals with an eternally young protagonist, teenage love – "We were barely 17 and we were barely dressed" – and youthful rock 'n' roll rebellion, it stands to reason the show will appeal to the same older demographic that still attends Meat Loaf concerts.

"I don't agree," the singer says. "I think this theatre will be filled with everyone from 19 to 69."

But doesn't he acknowledge that, in concert, he now performs to an audience seeking to connect to their 17-year-old selves?

If that sounds more like a theatrical conceit than a rock-concert one, it's because Meat Loaf sees it all the same: Musicals, films or rock 'n' roll bombast, it's all acting to him. "It's all about keeping the tension alive," he explains.

At the end of the interview, he says he's given notes on presentation to "lots of rock people" over the years. "I'm completely different," he says, with a satisfied smile, "than any other rock person you'll ever talk to."

Fantastic. Meat Loaf, don't you know, took the words right out of my mouth. 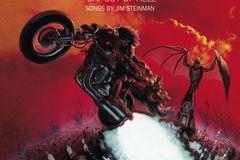 Come From Away wins four Helen Hayes Awards, including outstanding musical
May 15, 2017
Plays from around the globe lined up for Mirvish main stage in 2017-18
February 28, 2017 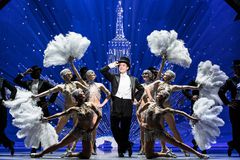