"I won't lie to you, there have many times this year I've questioned my sanity for throwing myself into this," says Jason Collett. "It's completely taken over my life."

The Toronto musician and arts curator is speaking about New Constellations, an ambitious cross-country jaunt involving "reconciliation through art" concerts and workshops by Indigenous and non-Indigenous literary and musical performers. Collett organized the tour with poet Damian Rogers (a co-creator with Collett of the annual Basement Revue variety shows) and Jarrett Martineau, the Cree/Dene co-founder of the Revolutions Per Minute record label and artist collective.

In addition to the shows and workshops, a robust online mentorship and educational outreach program is involved.

Here's a breakdown of the year's most original and ambitious Canadian tour.

How it came to be: The idea for the tour originated with a Basement Revue show in 2014 in Toronto dedicated to missing and murdered Indigenous women.

They do these things not because they are easy, but because they are hard: The New Constellations tour involves 13 concerts, seven workshops, 80 people on the road, more than 50 performers, 30-plus mentors and 200 mentees. Initial plans called for stops in remote locations such as Iqaluit, but the travel budget wouldn't cover the airfare, just bus travel.

The wheels on the bus go round and round: The artists and crew will log more than 6,000 kilometres on a pair of tour buses over the two legs of the 13-date tour that roams from Saskatoon to First Nations locations to Halifax to Toronto. "It's not for everybody, but it will be fun," say Collett, a tour-bus veteran. "There's something romantic about being in motion."

Who's on board: The star-studded roster is comprised of a core touring group with guest artists in specific towns and cities. Those on the marquees include Feist, A Tribe Called Red, July Talk, Lido Pimienta, Leanne Betasamosake Simpson, Naomi Klein, Sam Roberts, Stars, Joel Plaskett, Leonard Sumner and George Elliott Clarke.

Cheque, please: The total budget is north of $1-million, covered in large part by the Canada 150 Fund, with help from the National Centre for Truth and Reconciliation at the University of Manitoba. "It may seem like a lot, but it goes really fast when trying to move this many people around," Collett says.

Tour highlight: Nov. 28 in Thunder Bay. The concert is at Port Arthur Polish Hall, but Collett is looking forward to the afternoon workshop at Dennis Franklin Cromarty High School. The school for Indigenous students is cancelling classes for the occasion, and all 90 students will be involved. "They've had a tough time there," says Collett, referring to the seven Indigenous young people who died in Thunder Bay while attending high school in the past decade. "This tour stop will be the most meaningful."

Tickets: Shows involving Sam Roberts or Feist or Joel Plaskett or 2017 Polaris Prize-winner Lido Pimienta won't have any trouble selling seats, but to make sure everyone has a way in to the concerts, a number of "community accessible" tickets will be held back for anyone with financial constraints. Also, ticket buyers are encouraged to purchase extra tickets that will allow other members of the community to attend a show free of charge.

Not coming to a town near you? A documentary directed by Mohawk filmmaker Tracey Deer and produced by Antica Productions (producers of Gord Downie's Secret Path project) will cover the Western dates of the tour. 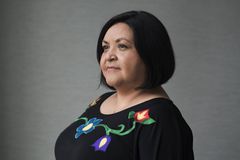 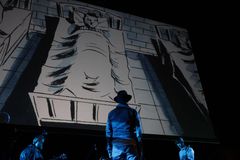 Author withdraws his work from Indigenous anthology after controversy
October 19, 2017 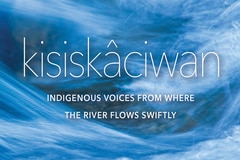