Brendan and Brendan are having breakfast in a sunny kitchen nook of a downtown Toronto home and talking about the first time they met, not all that long ago, on a blind date of sorts.

"I was aware of Brendan's music, honestly, through the Broken Social Scene," says 39-year-old Brendan No. 1, last name Healy, that superfluous article "the" making him sound, endearingly, like a dad trying to be cool.

Brendan No. 2, last name Canning, age 45, was not familiar with Healy's work, but decided to meet him at the behest of mutual acquaintance. "He had said, 'I think Brendan Healy is the best theatre director in Canada,'" Canning drawls, manoeuvring laid-back spoonfuls from a bowl full of apple, bananas, blueberries and yogurt past his deadpan mustache and into his mouth. "I said, 'That sounds good to me.'"

The rest, as they say, is history. "We got along," says Healy, humbly, of that first date at a local coffee shop called Jimmy's.

Michael Rubenfeld, artistic producer of the SummerWorks Festival, is the acquaintance responsible for bringing the two Brendans together – and this Friday, he will unveil the offspring of his artistic matchmaking at the Theatre Centre on Queen Street West.

One Night, Two Brendans is being billed as a psychedelic rabbit hole of a concert that will see the solo work of Canning – a Toronto musician who made his way through bands from indie rockers By Divine Right to one-hit wonder Len before changing the course of Canadian music history with Broken Social Scene – given a fresh look and feel by director Healy, the artistic director of the queer theatre company Buddies in Bad Times.

For the past few years, Rubenfeld has been hooking up all kinds of theatre creators and musicians for SummerWorks' popular Music Series.

The God That Comes, a one-man musical version of The Bacchae created by glam-cabaret artist Hawksley Workman and Halifax director Christian Barry, had its first public performance there – and has since toured Canada to critical acclaim and is about to have a run at the Edinburgh Fringe Festival. There have also been memorable one-offs, such as choreographer Ame Henderson's anarchistic intervention in a Buck 65 concert, which saw the rapper, also known as CBC Radio 2 DJ Rich Terfry, attempt to get his rhyme on with a dancer crawling over his back or a half-dozen mimicking his every movement behind his back. ("I did ask Buck about that show," says Canning; "He said it was one of the best shows he's ever played.")

In addition to One Night, Two Brendans, this year's Music Series includes a one-night stand wherein up-and-coming foursome Weaves will work with choreographer Allison Cummings and designer Hannah Puley, and a four-night run of an opera called Young Drones created by indie popsters the Bicycles with live-performance animation by Amy Siegel.

To put together the Music Series, Rubenfeld meets with the musicians first and then thinks of a theatrical counterpart. "I get to know them a bit and get to know the way they think, and I really try to curate it so people will line up aesthetically," he says.

After chatting with Canning about his interest in playing with lighting and making a concert that was "transformative," Rubenfeld thought of the other Brendan ("I also just really trust him as an artist," he says of Healy. "I'll see anything that he does.")

The Brendans don't seem like the most obvious couple at first glance – though, perhaps, most who really work out don't, either.

Healy is in his element directing sharply crafted productions of dark, British playwrights such as Sarah Kane, Martin Crimp or Joe Orton. Canning, on the other hand, called his sophomore solo album, the 2013 release that will supply several of these songs for One Night, Two Brendans, You Gots 2 Chill. Pitchfork called it "laid-back and homespun" – not two words that you would associate with Healy.

In person, the differences between their personalities are almost comically clear. Canning is a playful and casual interview subject, wandering around his kitchen in bare feet and boxers, pausing the conversation from time to time to answer a telephone call from an ex-girlfriend or grind some coffee beans.

Healy stays put in the nook – and, as usual, is very serious, sincere and focused whether he is pondering the ontological differences between theatre and music ("theatre, for it to be alive, needs to be seen; music doesn't necessarily need to be seen to exist") or the trashy Lindsay Lohan-James Deen film The Canyons which fascinates him and for which Canning provided the soundtrack ("it's horrid; no, actually, it's not horrid").

But Healy, who is excited to have an opportunity to work his magic outside the boundaries of narrative storytelling for once, sees a kind of Beckettian trickster in Canning and the psychedelic landscapes of his music that he relates to and admires. "There's a kind of existential humour about him," Healy says.

For Canning, meanwhile, the SummerWorks concert is a happy opportunity to bring in an outside set of eyes and ears like Healy to play with presentation – an opportunity that musicians with the size of his fan base don't always get. On the largest level, the arena tour, rock bands and pop stars regularly work with theatre professionals on the spectaculars they put together to entertain large crowds.

But visiting smaller clubs has its limitations, not only financial, but also logistical, in terms of lighting and design – and he's looking forward to the chance to find ways to make some of his quieter, headphone-oriented compositions from You Gots 2 Chill resonate live. "It's not like we're running a Beyoncé show, but whatever: It'll be close enough," says Canning.

On the morning of this interview, Canning's casual nature was winning out in the planning department. Video artist Peter Rahul had been enlisted to craft projections that will mix together a live feed of Canning's band with found imagery on VHS tapes ("Lots of sand dunes," says Canning, approvingly). And the lineup for the band had, just the day before, been confirmed – a seven-piece ranging in height from singer Dani Nash (4 feet, 11 inches) to violinist Edwin Huizinga (6 feet, 7 inches). "A foot and three quarters between their heights – that's sizeable," says Canning, who for some reason has memorized these facts.

But what exactly the Brendans would conjure for One Night, Two Brendans was still very much up in the air – and would be determined in the final week of rehearsals. "I feel like it's very complementary, the angles we're coming from," says Canning. "And it's always fun to do something that's out of your comfort zone."

SummerWorks runs from Aug. 7 to 17 in venues around Toronto. 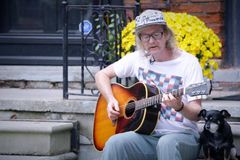 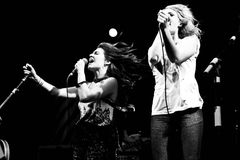 Broken Social Scene and the art of the unbearable crescendo
October 14, 2010 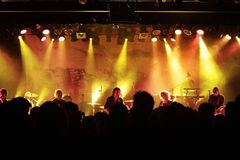 Theatre Review
PIG: An unflinching take on a tough subject
September 23, 2013
Follow J. Kelly Nestruck on Twitter @nestruck
Report an error Editorial code of conduct
Due to technical reasons, we have temporarily removed commenting from our articles. We hope to have this fixed soon. Thank you for your patience. If you are looking to give feedback on our new site, please send it along to feedback@globeandmail.com. If you want to write a letter to the editor, please forward to letters@globeandmail.com.
Comments