In a surprise move, the Harper government is restoring the funding it controversially pulled last year from the SummerWorks Theatre Festival after the Toronto event was criticized in 2010 by a spokesman for Prime Minister Stephen Harper for scheduling a play that "glorifies terrorism."

SummerWorks got the word - what its artistic director Michael Rubenfeld described Tuesday as "a very nice surprise... hoped for but not expected" - in a phone call last week from a Canadian Heritage official, then in a letter received Monday from Heritage Minister James Moore. No explanation for the restoration is contained in the letter which informs SummerWorks it will be receiving a total of $90,000 over the 2012-13 and 2013-14 fiscal years, subject to an as-yet-unreceived letter "stipulating terms for disbursement."

In rejecting about $47,000 in funding for SummerWorks late last June, Canadian Heritage made no mention of the "extreme disappointment" the Harper official had expressed about Homegrown, a new play by lawyer/playwright Catherine Frid about her friendship with one of the convicted members of the Toronto 18 terrorist plot of 2006. Instead, it noted it receives more than 10,000 requests for festival funding and its like each year and "therefore choices must be made." (Previously, Heritage had provided five consecutive years of funding.)

However, it was quickly presumed the cancellation was politically motivated and in its wake, award-winning Toronto playwright Michael Healey helped organize readings of Frid's drama by 70 theatre companies across the country. Healey later completed the first draft of a play, titled Proud, its main character based on the Prime Minister, that was rejected by Toronto's Tarragon Theatre for its 2012-13 season because of defamation concerns. The rejection prompted Healey to end a residency he'd had with Tarragon since 2001 and stirred anxiety about "theatre chill" in the larger arts community.

Interviewed Tuesday, Healey said he was "pleased" to see Moore restore SummerWorks's funding in time for its 22nd instalment Aug. 9-19. "[But] I just don't know whether it's useful for me to speculate about the federal government's motives.

"Is this a case," he went on, "of them saying, 'Well, seeing as how you haven't programmed any terrorist shows in a year or so, we can assume you've learned your lesson and here's your money back,' or is it a case of them understanding that you can't isolate a particular company for doing something they don't like without any reverberations in the rest of the culture?"

For his part, Rubenfeld thought the public outcry didn't hurt SummerWorks's cause. "I think when you see thousands of people rallying behind a festival it's impossible to ignore the kind of value that festival has to a culture and a country. But as for the reasons? I can't specu late on how decisions were made."

James Maunder, a spokesman for Moore, said Tuesday he wouldn't comment on the SummerWorks case. He reiterated the ministry's position that demand always far exceeds supply and "organizations can't be expected to receive funding in perpetuity every year.... That's the way business is done in our department." Moore was unavailable for comment as he is attending the Queen's Diamond Jubilee in London.

A juried festival, SummerWorks 2012 is presenting more than 40 plays from theatre companies and playwrights across the country. Among them: a new full-length play by acclaimed actor/playwright Daniel McIvor called I, Animal. 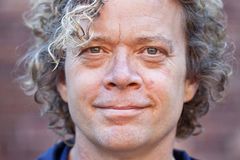 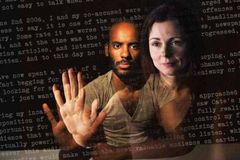