These are great days for comedians in Quebec. They're on the stage at the Just For Laughs festival, and they're in the headlines with a cause to defend.

The cause, we're told, is free speech, the limits of which figured in a $35,000 Quebec Human Rights Tribunal judgment last week against shock-comic Mike Ward. Justice Scott Hughes found that a French-language routine in which Ward mocked a 12-year-old singer named Jérémy Gabriel for his physical deformities "surpass[ed] the limits that a reasonable person must tolerate in the name of freedom of expression."

By happy coincidence, this result, and subsequent headlines, appeared soon after Ward began his stint as host of JFL's The Nasty Show, a live showcase of aggressive humour that runs through July 30. No publicist could have asked for a more timely pop in Ward's public visibility.

Ward, whose latest Quebec tour grossed more than $5-million, has been grooming himself as a free-speech martyr since the process against him began in 2012. He reacted to the judgment by going on Facebook to quote Martin Niemoller's famous lines against Nazi repression: "First they came for the Socialists…"

His supporters have been equally hyperbolic, many of them proclaiming the end of free speech in Canada. And yet Ward was not prevented from taking the Nasty Show stage the evening after the judgment, or from adding to his stock of Jérémy Gabriel jokes by saying: "I'll go to the Supreme Court … I'll stretch this thing out until the kid dies!"

This isn't the only recent skirmish over the limits of comedy in Quebec. In May, a few jokes in a routine Ward and fellow comic Guy Nantel planned to do at the Gala les Olivier in Montreal were red-flagged by a lawyer vetting the text for Radio-Canada. One of the gags: "Do you know why Jews give gold IUDs to their wives? Because they love to get into their money."

Ward responded to this legal interference by boycotting the gala. Several other comics wore dust masks over their mouths and took the stage in silence, in support of Ward's right to say anything, anywhere, about anyone.

Last week, the satirical online Journal de Mourréal said it would have to close because of legal actions brought by Quebecor Media, which objected to the site's use of a look and layout similar to Quebecor's Journal de Montréal. Again, Ward joined the fray, pledging financial help that a rush of pro-bono defence offers may render unnecessary.

An onlooker could get the idea that comedy is under threat in Quebec, though one of these contretemps is not like the others. The Quebecor and Radio-Canada beefs are about corporations protecting their assets, public image or brand identity. Corporate control of mainstream media is a real issue in Canada, where many outlets are owned by few players, but this is not Ward's issue. On the contrary, he and his supporters tend to act as if electronic transmission weren't really a factor in his troubles, saying that if you don't like his brand of comedy, don't buy a ticket to his shows.

Ward's case is about a child with a disability defending himself against repeated degrading attacks, and electronic media played a big part in making Ward's attacks public. The relevant video clip from his three-year Mike Ward S'eXpose tour has been seen more than 700,000 times on YouTube. Likewise, after quitting the Gala les Olivier, Ward and Nantel performed a version of their script on YouTube, again drawing more than one million views. In his unilateral ability to have his voice heard by a huge audience, Ward effectively has much more freedom of speech than, say, Jérémy Gabriel.

So do other current Nasty Show comics such as Paula Bel, whose frontal attacks on every minority can easily be found online. Bel comes on like the kind of screeching bigot you would dread being stuck in an elevator with. She has created a stage persona capable of channelling every kind of transgressive opinion and making it seem funny. Stephen Colbert did the same thing on The Colbert Report, in which he played what he called a "high-status idiot" with exaggeratedly right-wing ideas.

Ward is in the same game. He just got sloppy about choosing his targets, then affected shock that his right to free expression isn't absolute. We've had legal protections against harmful speech since before Confederation. A cadre of libel lawyers make a good living vetting articles for The Globe and other media outlets, to make sure we don't say something actionable. There are many possible comments that I wouldn't and shouldn't be permitted to make about Ward, or anyone else, in these pages.

To pretend that those legal constraints apply to everyone but stand-up comics is naive. To imagine that standards of civility don't apply to comedians or social media trolls is a malady of the times, but the condition is treatable. Don Rickles, a pioneer of insult comedy, appeared at JFL two years ago, and as usual ridiculed a number of people sitting near the stage. He also made it up to them immediately, with a word or phrase that showed he respected their humanity. The current generation of nasty comics could learn from his example. The price of Mike Ward's 'edgy' comedy and the failure of civility
March 4, 2016 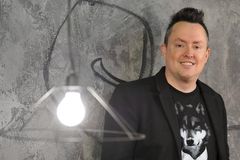