The final scene of Annabel Soutar's documentary play Fredy, as seen last spring at Montreal's Théâtre La Licorne, contained an unusual coup de théâtre. One of the cast stepped forward and read his own open letter to the playwright, in which he questioned her methods and her conclusions about the play's subject, the 2008 shooting death by Montreal police of a young Honduran refugee named Fredy Villanueva. "You might write a good story," he said, "but you'll never write the truth."

The actor was Ricardo Lamour, who is also part of a committee formed in support of the Villanueva family. He had written his letter with the idea of sending it out to media, but when he mentioned it to Soutar, she suggested he read it to her audiences instead, and take a role in the play. Lamour played the judge at the 2013 inquiry into Fredy's death, and then, as himself, delivered his verdict on Soutar's documentary theatre project every night for 21 performances.

Recently, Lamour wrote a sequel to his monologue, and sent it to journalists. It accuses Soutar of appropriating and commodifying the tragedy of others, and says that Lamour will have nothing more to do with Fredy, which Soutar's Porte Parole company is preparing for a possible tour of Quebec.

My first thought on reading this was: Why now, and not during or before the shows last March? In a phone interview, Lamour said he had joined the cast with the hope of steering the production in a more truthful direction, but saw after a June meeting between Soutar and Fredy Villanueva's mother Lilian that no better outcome was possible. "Lilian said, 'Maybe you should step out,' " he said. "So I stepped out."

Soutar is a "verbatim" playwright, who constructs her scripts from what others have said or written about a story related to some social, political or environmental issue. The Watershed, which opened on Tuesday at Montreal's Centaur Theatre, is about the abuse and protection of water. You could say that Fredy is about race, policing and social justice – but it's also about a young man, who was unarmed when shot during a 60-second encounter with police.

From the start, the Villanueva family and its support committee believed that a play called Fredy should have more to say about the title character. Soutar's issue-oriented focus was never aligned with that goal, as she readily admits. She was trying to portray a violent incident and its aftermath, and used dialogue from many sources, including the testimony of the police and the courtroom words of their lawyer. That was too much for the Villanuevas and their committee, whose letters of protest also ended up in the play.

Lamour faulted Soutar for "humanizing" the police, and for depoliticizing the consequence of their actions. But Soutar, who responded via her own open letter and a phone interview, said it was not her business to tell the audience what to think, or to exclude pertinent voices from the story. Airing what was said during the inquiry, she believed, was likely to generate "deeper empathy [for Fredy and his family] than if I had put a political pamphlet on the stage."

In many ways, Soutar's method is classically journalistic: listen to all sides, try to represent them fairly, exclude your own bias – and air the possibility that bias remains. "I really feel that I did my due diligence, and tried to be very transparent, and held myself to account," she said. "I think my authority was questioned in the play several times." She also changed her script in line with some criticisms and suggestions by the Villanuevas' support committee.

But Lamour compared her method to that of a wildcat miner, for whom everyone and everything is subject to an "extractive logic," whose final goal is to mould the assets acquired into a cultural product that benefits the author.

"Whose story is it?" he said. Pointing to the name of Soutar's company, which means "spokesperson" (or literally, "word carrier"), he said: "Let's make sure that the people to whom you are giving voice are comfortable with what you're putting out there."

That never happened, he said. "Annabel likes to talk about dialogue, and was very wise about what buttons to push," he said. But he felt there was an imbalance of power and ultimately a lack of respect from her side, epitomized by the play's implacable progress towards its first production, in spite of what the family might say.

The fracas over Fredy is similar to that which erupted around John Adams's opera The Death of Klinghoffer, which portrayed the murder in 1985 of an elderly Jewish passenger on a cruise ship by members of the Palestinian Liberation Front. Klinghoffer's daughters condemned the opera as anti-Semitic and sympathetic to terrorism, and it was shunned by some companies that had agreed to perform it.

The Villanuevas' opposition hasn't had anything like that effect on Fredy, but their complaint, as represented by Lamour, is also more personal. They didn't want their son's and brother's name attached to a play that represented him with a pair of empty shoes, he said. They wanted a kind of respect – for their kinship and their suffering – that they felt they didn't get from Soutar, who had the means and the social capital to proceed without them.

"It was not my intention to have the last word about Fredy," Soutar said. "I'm thinking about modifying the title, and we certainly have to consider a new ending." Characteristically, however, Lamour's departure from the cast probably won't get him out of the play. Soutar plans to incorporate this latest plot twist into future productions. "I've always loved it when documentaries continue beyond their first performance, and expand into the living community in which they have been produced," she said.

Those words also articulate what Lamour experiences as the ongoing nightmare of this production. Whatever anyone says against the show – and Soutar's method – seems fair game to be added to it. This is where the world-views of playwright and actor diverge most sharply. What Soutar sees as transparency and expansion looks to Lamour like a strategy for maintaining an unshakable hold on any story, without regard for who may be hurt or exposed to further notoriety.

Lamour's query – "Whose story is it?" – is perhaps the central question, especially when the power of the teller is so much greater than that of those about whom she is speaking. However we answer, it's a question that extends far beyond a single play, throughout a society where young brown men are still at unusual risk of being shot by police.

Theatre Review
Fredy: Requiem for the Montreal teen who died for no good reason
March 4, 2016 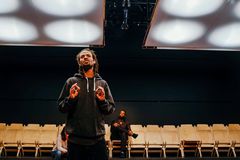 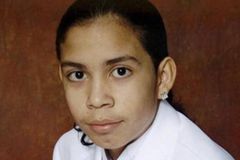 Expanding horizons and engaging audiences at Montreal’s doc festival
November 11, 2016
Follow Robert Everett-Green on Twitter @RobertEG_
Report an error
Due to technical reasons, we have temporarily removed commenting from our articles. We hope to have this fixed soon. Thank you for your patience. If you are looking to give feedback on our new site, please send it along to feedback@globeandmail.com. If you want to write a letter to the editor, please forward to letters@globeandmail.com.
Comments