RE: Harassment at Soulpepper Theatre Company

Last week, Diana Bentley, Kristin Booth, Patricia Fagan, and Hannah Miller broke a decades-long silence. We believe the allegations they raised against Albert Schultz and Soulpepper Theatre Company. We also believe that there are more stories like theirs that have not been told.

As a sign of solidarity with Ms. Bentley, Ms. Booth, Ms. Fagan and Ms. Miller, we were prepared to refuse to work with Soulpepper in any capacity so long as Mr. Schultz had a role in the Company. With his recent resignation, and the appointment of Alan Dilworth as Acting Artistic Director, that is not necessary at this time. However, the litigation continues, and we call on the Board of Soulpepper to acknowledge the harm these women, and others, have suffered.

In the coming weeks, we look forward to the Board's announcement of concrete steps it is taking to ensure that Soulpepper is a safe environment, where abuse and harassment cannot be tolerated, and where art can flourish. 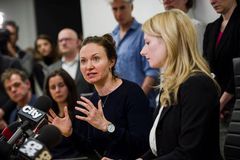 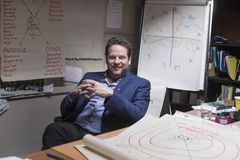