Red Snow is a history lesson dressed up in a family drama's clothing. It's a very thin disguise, unfortunately: You can see right through the characters and story to the purpose throughout.

Diana Tso's new play aims to shine a light on the 1937 crime against humanity known as the Rape of Nanking, in which the Japanese Imperial Army killed hundreds of thousands of Chinese civilians over the course of six weeks in the worst possible ways.

Isabel (Zoé Doyle), a Canadian of Chinese descent, is desperate to learn more about how her grandmother died in this massacre, but her grandfather Gung Gung (an aching Richard Tse), refuses to speak about it.

And so Isabel heads to Nanjing, where she doesn't learn very much about her grandmother, but does meet a young Canadian of Japanese descent named Jason (Derek Kwan).

Red Snow is less than an hour long, but this underdeveloped script gives these two plenty of time to fall in love and for Isabel to become pregnant. Will Gung Gung put aside his hatred of the Japanese and accept his new grandson-in-law?

Tso's play, which I saw in its final preview, is most interesting in its attempts to incorporate references to The Peony Pavilion, a Chinese opera that dates back to the Ming Dynasty that's like the myth of Orpheus with a happy ending.

Isabel's grandmother (Vienna Hehir) appears as the heroine of that opera, a deceased woman who falls in love with a scholar in his dreams – and then is brought back to life by the strength of his love.

Accompanied by a two-person band playing instruments such as the gaohu and gong, Hehir performs a haunting long-sleeve dance on a set of bright, white steps designed by Trevor Schwellnus.

There's also a very clever use of projected surtitles: Isabel's lines appear translated into Chinese characters from left to right, while her grandfather's appear in vertical columns from right to left, a visual illustration of the gap in understanding between them.

Alas, there's no real drama here for these creative aspects to be integrated into – only the outline of one. The characters are all silhouettes, and the plot is a series of secrets revealed precisely when the playwright wants them to be. There's a twist involving Isabel's mother (Janet Lo), but it's ineptly handled.

Red Snow is co-produced by ALPHA (the Association for Learning and Preserving the History of WWII in Asia). The members of this group attempt to counter what they consider a Eurocentric approach often taken to teaching history in Canadian classrooms.

Their agenda may explain why Red Snow, though not the first Canadian play about the Rape of Nanking, acts as if it is. (Marjorie Chan's 2008 play A Nanking Winter told the story of the Nanking Safety Zone where a small group of Westerners helped saved thousands of Chinese lives, while the atrocities are also alluded to in Erin Shields's recent Governor-General's Award-winning play If We Were Birds.)

If ALPHA wants to use theatre to advance its cause, why not simply lay the facts out there? What Gung Gung eventually reveals is, indeed, terrible, but the pretense around it dilutes its impact. A verbatim play based on interviews with survivors – perhaps with those who ended up in Canada – would be much more honest and engaging. 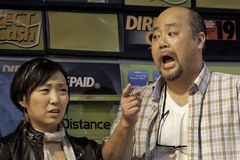 Antoni Cimolino to be interviewed for job of Stratford artistic director in February
January 13, 2012 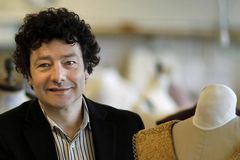 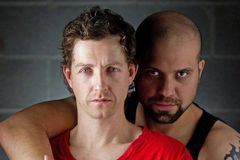 Singing the national anthem before American Idiot? No, Canada
December 30, 2011 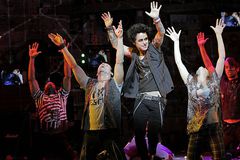