Theatre Passe Muraille's artistic director Andy McKim had made a mistake – though regular theatregoers would never have noticed it.

Before the matinee performance of Severn Thompson's play Elle, McKim got up on stage and told the audience to turn their cellphones off.

"I goofed up!" McKim said afterward. "I was supposed to say, 'You are welcome to use your phones silently!' "

Old habits die hard: That particular Saturday afternoon matinee of Elle was the first show in Theatre Passe Muraille's history to be held as a "relaxed performance," and McKim was still learning all the rules of this new inclusive performance practice.

That means sound and lighting cues are adjusted to be less startling or intense; exiting and entering is allowed at any time; and audience noise, movement and, yes, even the use of phones or other "fidget devices," are tolerated.

Since being pioneered by Polka Theatre, a children's theatre in London, in 2009, relaxed performances have spread around Britain and to the United States – and are now arriving in Canada.

Theatre Passe Muraille is second only to the SummerWorks Festival in offering select performances in this way to adults, while the Stratford Festival already has a relaxed performance for The Lion, the Witch and the Wardrobe on its upcoming schedule – with many other theatres planning to follow suit for their fare, family or otherwise.

It was Toronto's Young People's Theatre, however, that piloted the first official relaxed performance in Canada last season – the popularity of which led them to adopt them more widely this season.

"Relaxed performances, in the ways we've approached them, are designed for anyone who would benefit from a slightly relaxed environment," explains Lois Adamson, education manager at YPT. "It can also be a great introductory experience for young children – or first-time theatregoers."

Indeed, at the Elle performance, the audience included a family with a teenage son who had Tourette's syndrome and an adult man who had long been intimated by the theatre, trying it out for the first time.

What exactly distinguished Elle's "relaxed" performance from any other? In the case of Severn Thompson's adaptation of the Douglas Glover novel about a woman marooned on an island in the Gulf of St. Lawrence in 1542, there were very few changes made to the performance itself at Theatre Passe Muraille.

The house lights were kept on at about 40 per cent throughout the show, while certain lighting cues and sound cues – lightning flashes; a bear growling – were made more muted. There was a space in the lobby for audience members who wanted to take a break.

For me, the biggest difference between the relaxed performance of Elle and the one I had seen earlier was my own expectations. When a latecomer came in 20 minutes after the show had begun and sat down next to me, it was much less distracting than it normally would have been.

Katy Albert, a behaviour consultant from Toronto's Geneva Centre for Autism, explained to me how these changes in performance conditions might make theatre more welcoming for audience members with autism spectrum disorder (ASD).

An individual with ASD may have sensory-processing challenges that make light, noise and touch different: Loud sounds might seem extraloud – and sharing an armrest with a stranger might be an insurmountable distraction. "All these experiences might feel extremely overwhelming and exaggerated to a person with ASD," explains Albert, noting that the exact experience, of course, varies from person to person.

There are also anxieties surrounding etiquette that keep all sorts of people away from the theatre, but can be especially pronounced in those with ASD. "There are so many social rules that could seem scary to a person with autism if they don't understand how they're expected to behave," Albert says.

For that reason, relaxed performances are also carefully framed in advance by theatre companies. Theatre Passe Muraille, for instance, published a visual guide on its website ahead of Elle to help visitors know what to expect from a trip to their theatre – and added extra front-of-house staff to make sure the show ran extra smoothly and to help with any audience entrances and exits.

When McKim got on stage to explain the relaxed performance, he also brought out Elle's actors, Thompson and Jonathan Fisher, to introduce them to the audience ahead of time.

Simon Marsden, director of production at the Stratford Festival, previously worked at Britain's Royal Shakespeare Company and observed a number of its relaxed performances first-hand – and says it's important that audiences with ASD understand what's going on onstage.

"We got feedback from autistic children and parents about a Peter Pan where Peter was played by a woman," Marsden explains. "For the autistic children, they were very much locked up on that fact – they couldn't get their heads around why that was chosen."

And since New York's Theatre Development Fund launched the Autism Theatre Initiative in 2011, Broadway shows such as The Lion King, Mary Poppins, Spider-Man, Wicked, Matilda and Aladdin have all had autism-friendly performances. Only one non-musical play, The Curious Incident of the Dog in the Night-Time, has held one – a fitting choice, as its main character is on the spectrum.

Albert, from the Geneva Centre for Austism, applauds Theatre Passe Muraille for making these shows inclusive as well.

"We should be focusing on all different types of live theatre, because people with autism are varied just like us," she says, adding that there are fewer resources for adults with autism than children. "There is a drop of inclusion when it comes to adults."

For McKim, relaxed performances – offered among its regular performances – are just another chance for Theatre Passe Muraille to live up to its name – which, in French, means "theatre beyond walls."

"I would like to find a way for this theatre to be as inclusive as possible and to be as barrier-free as possible," he says. 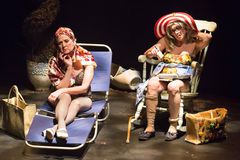 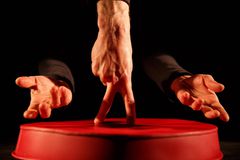 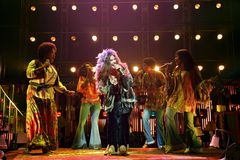