“And in 1734, a Negro slave set fire to the City of Montreal and was hanged.”

It’s a real footnote from the history of New France that Gale then proceeds to flesh out. Who was this enslaved black woman named Marie-Joseph Angélique, and what relevance might her story have to Montreal, Quebec and Canada today?

The play begins with an ironworks owner named François Poulin de Francheville (Karl Graboshas) purchasing Angélique (Jenny Brizard) for his wife, Thérèse (France Rolland), in an attempt to help her get over her grief after the death of their child.

It may be 1734, but François first appears to us in a suit, and it’s not just his costuming that is modern. We hear at one point that he owns a Mercedes in addition to a slave.

Gale’s “then is now; now is then” approach (as the stage directions put it) forces the audience to not see the past as the past. Graboshas, brilliantly, plays François not as some historical monster, but like any number of insecure men you know today who need to make as much money as possible, and then have no idea what to do with it.

Thérèse, who never wanted a slave in the first place, is irritable as she outlines to Angélique when the dry cleaning gets done and where to find the vacuum. “Are you getting all this?” she says.

We know the play will end with a fire, but how we get to that conclusion is often surprising. Other characters include an enslaved black man named César (Omari Newton) and an indentured white French worker named Claude (Olivier Lamarche).

Gale finds ways about talking about contemporary white feminism through Thérèse, and the tensions of inter- and intraracial relationships through Claude and César. She even explores the limits of intersectional allyship through an Indigenous maid named Manon (PJ Prudat) who initially seems underwritten, but is in fact refusing to get pulled into the play. (“Look, just leave me alone, okay?” she says. “Our ways are different. Our stories. Our paths.”)

Angélique is kind of legendary in Canadian theatre. It had its world premiere in Calgary at the (now defunct) playRites festival at Alberta Theatre Projects, won the (also now defunct) du Maurier National Playwriting Competition, then quickly had its New York premiere a year later.

But, for some reason, Angélique didn’t get produced in Montreal or Toronto after that. Gale died in 2009, at the age of just 51.

At least her play is getting proper stage time now. Black Theatre Workshop and Tableau D’Hôte combined forces for its 2017 Montreal premiere at the Segal Centre in the city of Gale’s birth, and it’s that acclaimed production, partly recast, that has now landed at Factory after a visit to the National Arts Centre in Ottawa.

Under Mike Payette’s mostly sure-footed direction, Angélique feels like it was neglected for the best reason – that it was ahead of its time. Gale’s playfully anachronistic way of writing feels very of today, bringing to mind American black playwrights such as Suzan-Lori Parks or Branden Jacobs-Jenkins at different points.

(You can also feel the influence of the epic theatre of Brecht and the dark poeticism of her Québécois contemporary Michel Marc Bouchard too.)

There are some parts that don’t quite work; the news report/courtroom climax is overwritten and overstaged. We feel pushed away from Angélique, just when Brizard has finally fully brought her to life.

But there’s always fire in the writing. Gale, who lived in Vancouver later in her life, described herself in another play as “an expatriate Anglophone Montréalise Québecoises exiled in Canada,” and, in Angélique, you can feel the anger she felt in the wake of the 1995 referendum and Jacques Parizeau’s reference to “l’argent et le vote ethnique” seeping through.

Although in English Canada, as well, we still don’t do enough to acknowledge and recognize that black people have been here for centuries too, that slavery also happened here. To wit: The long sidelining of Angélique. 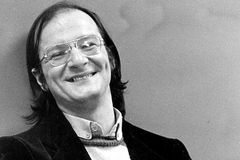 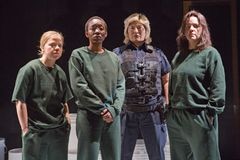 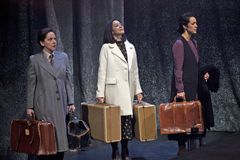