If you think the constant rebooting of well-worn material is primarily the purview of big-budget studios churning out superhero movies, you mustn’t spend that much time out at the theatre. Though, who does, these days?

Bad Hats Theatre – a relatively small theatre company, currently in residence at Soulpepper – is only the latest performing arts organization to turn Lewis Carroll’s Alice and her public-domain adventures in Wonderland and/or through the looking glass to the stage.

It’s a confident, almost cocky move, given that, in the past decade, three of the largest in Canada have covered this ground.

The National Ballet of Canada did so best, or at least most entertainingly, with choreographer Christopher Wheeldon’s effervescent Alice’s Adventures in Wonderland, which premiered in 2011 and toured internationally.

The Stratford Festival had a smaller-scale hit with director Jillian Keiley’s boisterous staging of James Reaney’s fusty adaptation of Alice Through the Looking Glass in 2014, which toured Canada despite my reservations about it. Only the Shaw Festival struck out with both audiences and critics with its ponderous mainstage take on Alice in Wonderland in 2016.

With fewer resources at their disposal, not to mention a pandemic to work around, however, I must take my hat off to Bad Hats for the remarkable job they’ve done crafting Carroll’s nonsense into the “filmed family musical” (really, a stage production lightly adapted to be recorded for streaming), online until April 18.

Distinguishing itself right off the top, the creative team has ignored the English trappings of the original and begins in a contemporary Canadian classroom.

Alice (Tess Benger) – it’s initially a shock to see her wearing red overalls rather than a blue dress – is a constant questioner, who derails math class by refusing to stop asking her teacher, Mr. Charles (Matt Pilipiak), why the trains in the number problems are running late or ahead of schedule.

As punishment, Alice’s desk is repositioned away from her classmates – and she is instructed to finish an assignment where she has left a question blank about what she wants to be when she grows up.

Soon enough, however, Alice spots a white rabbit (also played by Pilipiak) out the window, follows him down the ol’ rabbit hole and we are on familiar, wonderous ground.

In a literal sense, mind you, Alice has followed the rabbit under the blackboard, which whirls around above her head.

Sue Miner, the veteran stage director, has kept things theatrical. The actors double roles with only minimal costume changes; the musical instruments, played by the actors, are visible, as is the marked-up stage floor and the lights hanging overhead; and a series of Plexiglas barriers are rolled around to prevent actors from singing into one another faces. (The latter gives the production an appealing “through the looking glass” vibe, even though that’s the sequel.)

The camera angles may sometimes seem odd, but at other times they are used quite effectively in combination with perspective to, for example, make it look as if Alice has truly turned into a giant.

As Carroll wrote them, Alice’s adventures are without much in the way of plot – but adaptor Fiona Sauder, like so many before her, has laid a quest framework over episodes involving favourite characters such Tweedle Dee (Sauder) and Tweedle Dum (Landon Doak), the Unicorn (Phoebe Hu) or the Cheshire Cat (Jonathan Tan).

Encouraged by the Red Queen (Vanessa Sears), Alice attempts to transform from a pawn into a queen by crossing eight squares, as on a chess board. “I see the queen inside of you,” Sears sings to her, in a song that reminded me vaguely of Lin-Manuel Miranda’s score for Hamilton.

Many of the tuneful songs by Doak and Victor Pokinko have a quasi-familiar feel to them – and the influences of Stephen Sondheim and Dear Evan Hansen’s Benj Pasek and Justin Paul are as apparent as that of Miranda. Too many put the play on pause, however, rather than advance the story.

The final song is an exception, one in which Alice learns from the Caterpillar (Jacob MacInnis, a delightful and calming presence throughout) not to be afraid of the changes that she has gone through in her imagination in Wonderland – and the upcoming ones that she will go through back in real life.

“You’re growing and growing, there’s no use in knowing the way that you’re going,” they sing. “You are what you are, till you aren’t who you were, then you are who you are.” (Both the Caterpillar and MacInnis use they/them pronouns.)

This provides an emotional cap to the story. There’s no need for the explicit lesson that follows in a curtain song, especially with the running time for this theatre for young audience show inching toward an hour and half.

“Little head of questions, go ahead and ask them, don’t be afraid,” sings Tan, who had previously played the Cheshire Cat. “Some never ask, some only listen to someone else; trust yourself.”

Hmm ... The pandemic with its anti-masker crew denouncing others as #sheeple, not to mention those who are only “asking questions” about voter fraud in the past United States presidential election, have definitely made me interrogate this idea we’ve put into generations of children’s heads. Does the line we feed kids about there not being any “dumb questions” pave the way for adults to fall down internet rabbit holes full of conspiracy theories? 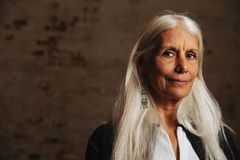 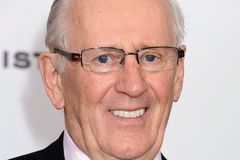