Body and Soul, which premiered at the Palais Garnier this weekend, is Pite’s second work for the Paris Opera Ballet. Her first, the 2016 Seasons’ Canon, was commissioned by Benjamin Millepied during his brief tenure as the company director, and established the Canadian Pite, almost unknown in France, as a new dance star here. Although Body and Soul isn’t primarily focused on the rousing, rippling mass movement embraced in Seasons’ Canon – an aesthetic that Pite has brought to ballet companies over the past few years – the audience seemed determined to love the new piece, applauding wildly at the end of each of its three sections.

But Body and Soul is a puzzling and incoherent work, with dashes of inventiveness, brilliance and poetry offset by a pervasive tone of emotional angst, set in Stygian shadow (lighting is by Tom Visser), and a finale that seems schizophrenically unrelated to anything else we have seen.

Part 1 is, initially, mildly intriguing. Who are these men in long black coats? What is their relationship? Do the words we hear describe or compel the movement? A large group of identically garbed dancers enters (the costumes are by Nancy Bryant), echoing the soloists’ movements. Do they represent onlookers, society, their inner selves?

Pite has long been interested in groups, colonies, chain reactions and attempts at individual differentiation, and some of her recent work has successfully explored these preoccupations. (Those pieces aren’t my taste, but there is no denying their theatrical skill.)

Here, these ideas feel flattened and the group movement effects – domino-falling bodies, movement waves across the stage – a bit rote. Duets are interwoven with ensemble sections in a repetitive pileup of individual-versus-group encounters, set to dull growls of sound (by Owen Belton) and the text (spoken by actor Marina Hands), which repeats and fragments to reflect the numbers onstage.

The physical language is gestural and convulsive, torsos contracting, bodies lunging, the movement low and grounded. In Part 2, the dance vocabulary changes for a long sequence of (mostly) overlapping duos, which unfold to a recorded selection of Chopin’s preludes (played by Martha Argerich). The lines are long, stretched and balletic, women lifted in wide arabesques, then swirled to the ground like ice-skaters, or passed among the group with seamless lyricism.

Pite’s response to Chopin is theatrically, rather than choreographically, musical. In a beautiful pas de deux to Prelude 6, Lydie Vareilhes seems to exist in a state of perpetually buckling collapse, flexed feet clawing at the air, arms reaching into the void as she is weightlessly lifted by Mickael Lafon. (The influence of William Forsythe, for whom Pite danced at the Frankfurt Ballet, is clear here.) And in a virtuosic duet to the thrillingly fast and difficult Prelude No. 12, Daniel Stokes and Simon Valastro offer a tour de force display of synchronized gestural precision.

Not everything in this central section is equally compelling (the one large group sequence looks a bit similar to an earnest contemporary dance class), but its construction is impeccable. Each short section leaves a lone dancer to begin or catalyze the next one, and images of solitude and abandonment abound; so do occasional tableaus that suggest war, crowds of refugees, horror, despair and powerlessness. But they are lightly construed, quickly dissolving; the movement feels more important than the message.

If only Pite had left it there.

After a break, the curtain goes up on another universe, a bronze-walled cave (stage design is by Jay Gower Taylor) populated by a colony of faceless, shiny, horned creatures with long curved appendages attached to their arms.

Rumbling thundery growls and a sibilant repeat of the opening text (“right, left, right, left, hands move ceaselessly, touching chin, forehead, chest”) accompany a wild, body-lashing solo by Takeru Coste, his face and arms covered in long hair ( similar to Cousin Itt from The Addams Family). Then the ensemble takes over and it all turns into a music video as Geiger’s catchy song (Body and Soul) blares, and everyone prances in clever rhythmic formations across the stage, with a brief foray into a synchronized ballet sequence that looks a lot like Forsythe’s recent Blake Works I.

Was it ironic? Was Pite simply abandoning her habitual seriousness for a bit of fun? Or did she succumb to Paris Opera-itis, that near-irresistible desire to make use of a decent budget and go crazy with the costumes? Whatever the reason, it means that Body and Soul leaves behind one final emotion: bewilderment. 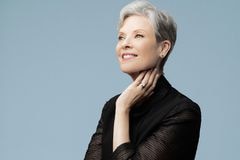 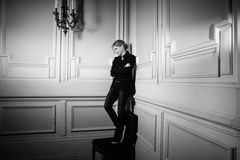 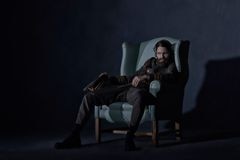