It’s going to be difficult to watch Joshua Beamish’s new ballet @giselle without being haunted by recent tragedies involving young Canadians; deaths with horrific online elements. In particular, Carson Crimeni, the 14-year-old boy who died of a suspected drug overdose this summer after being egged on and Snapchatted by older teens at a local skateboard park. I couldn’t stop thinking about the Langley boy when speaking with Beamish about @giselle and his deep concerns about social media that inspired it. I also thought about Amanda Todd and Rehtaeh Parsons, two Canadian teenagers who ended their lives after being cyberbullied.

In Giselle, the iconic ballet that premiered at the Paris Opera in 1841, a young peasant woman falls for Duke Albrecht, who is posing as a peasant boy, and she dies of a broken heart after learning that he is betrothed to another woman. But she rises from the grave to protect Albrecht from the vengeful Wilis – a group of ghostly women who try to dance him to death.

Beamish’s @giselle transports the timeless grief of a broken heart into the Tinder age; a commentary on how social networking has changed the way we navigate relationships and deal with their devastating endings. It is a current take on the classical ballet, with high-tech interventions and a very contemporary storyline.

Giselle (American Ballet Theatre’s Catherine Hurlin) loves Albrecht (National Ballet of Canada principal dancer Harrison James). He is very popular – with more followers and likes than she has. After their romance, he ghosts her (a contemporary term for dumping someone but not telling them and instead cutting off communication). Heartbroken, Giselle goes mad. She livestreams her meltdown in a desperate effort to get Albrecht’s attention.

In the second act, Giselle appears through the magic of technology, including motion-capture video and 3-D projection. “So when Giselle shows up as particles, that’s Catherine dancing. The particles are dancing my choreography and her movement; it’s not just animation,” Beamish says during a break from rehearsals Tuesday at the Vancouver Playhouse.

“There’s so much going on in this show, it’s frickin’ nuts. … You literally feel like you’re inside people’s phones while they’re sending sexy videos to one another, and then you’re in the dark and there’s ghosts flashing across the stage. It’s wild. It’s a trip,” Beamish continues.

The idea originated in London, when Beamish – who grew up in Kelowna, B.C., has lived in New York and is now based in Vancouver – was working with the Royal Ballet. It began as a commission for a shorter work.

“And then I was like, wait a second; people do this all the time by posting crazy, erratic personal statuses on Facebook,” he explains. “I thought actually the internet is our small town.” Act 1 unfolds on a social-media platform called the Village.

Act 2 is set in the Forest, which in Beamish’s version is a sort of nightclub – he calls it an experiential lounge – where the men responsible for Giselle’s death go to drown their sorrows and shake off their guilt. It is staffed by beautiful women – the Wilis.

Beamish was inspired by a social-media romance debacle of his own when he discovered via Facebook, many years ago, that a man he was dating was actually engaged to another man.

When he was creating the work, Beamish forced himself to watch videos available online of teenage girls in distress. He also forced himself to read the comments, which he considered including in the show at one point, but decided against it. “The sadness was better conveyed in just being with this person through this experience, but also knowing everyone’s watching but that they’re completely alone,” he says. “That was a couple of really dark days for me.”

Beamish has been challenged more than once about being a man, choreographing and directing this work about women. “I think if I was a man who made the story exactly the way it was told in the 1800s, I think there’s a real issue with that.” He is comfortable with – and proud of – the work he has created over four years, even if it was at times extremely difficult.

“So frustrating. So time consuming. So precarious. So many unforeseen obstacles. So expensive. So everything. But I think it’s a really rich viewing experience.”

@giselle is at the Vancouver Playhouse Sept 5-7. 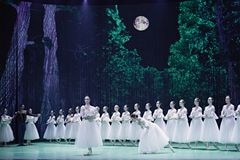 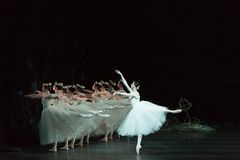 In this Giselle, the love triangle exists in name only
April 26, 2013 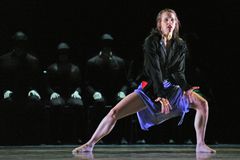