I came to STARS: Together, the new play-cum-concert collaboration between indie band Stars and indie theatre Crow’s, with both excitement and trepidation. Excitement at seeing the band perform in the Toronto company’s intimate 200-seat Guloien Theatre – a far cry from Coachella – but trepidation about what they’d be doing between the songs.

On the one hand, Crow’s and Stars singer-songwriter Torquil Campbell have already had a hit with his solo show True Crime – proof that the son of Shakespearean actor Douglas Campbell hasn’t lost his thespian chops. On the other, Crow’s last attempt to mesh rock and theatre, A&R Angels by Broken Social Scene’s Kevin Drew, was a woeful misfire.

Fortunately, this venture is much more fun. It’s an entertainingly shambolic experiment in meta-theatre that Stars devotees will love, and others will at least appreciate for its DIY punk spirit.

The play part of the equation – written by playwright Zack Russell with input from the band and Crow’s artistic director Chris Abraham – is a kind of Pirandellian backstage documentary. It has the musicians playing themselves in dramatic scenes, but also stepping out and critiquing those scenes – in scenes that are themselves scripted. Got that?

The double layer of artifice has the effect of both letting us into the complex dynamics and current crises of the 20-year-old band, while keeping the tone from becoming too heavy. And to hear them tell it, this is a band with enough drama to fuel a Chekhov play. Never mind the ancient history of a love triangle between singer-songwriter Amy Millan, keyboardist Chris Seligman and her future husband, bassist Evan Cranley, there’s also the ongoing tension between the angry, angst-y Campbell and his bandmates.

Then there’s the group’s present predicament: declining revenue in the new era of music streaming and the possibility they might lose Mount Zoomer, their long-time (and semi-legendary) Montreal rehearsal digs.

The show is set in that cozily cluttered and crumbling space, assiduously re-created by designer Ken MacKenzie on the Guloien stage and almost a character itself. It also seems to have inspired a hodgepodge approach to the theatrical element, which includes monologues, skits, interviews with the audience and the use of a pair of life-size, robot-skeleton puppets, upon whose blank masks various faces are projected, representing both the band’s fans and characters in its songs.

Oh, yes, the songs. With some exceptions, the show’s set list draws heavily on two of the band’s nine albums, 2007’s In Our Bedroom After the War and 2014’s No One is Lost, whose anthemic title song serves as the rousing finale. The sight of Campbell pogo-dancing ecstatically as he leads a singalong of the chorus “Everybody dies” pretty much sums up Stars’s dark ebullience.

There’s plenty of darkness in Campbell’s self-portrayal as well. His incessant raging against the machine, including at a meeting in the New York offices of Spotify, finally drives taciturn drummer Pat McGee to the brink of quitting.

The affable Millan plays McCartney to Campbell’s Lennon, trying to keep the band together and find a solution to their plight. Like Campbell, she has an acting background and does most of the heavy lifting in the dramatic scenes, although every band member gets a monologue or a defining peculiarity.

Russell’s script, shaped from field recordings of the band’s real interactions, is playful but struggles to build a credible dramatic arc. Despite Abraham’s involvement, no director is credited in the program. The show would benefit from one.

This brings us to the other stars: this review’s star rating. I’d give the play part of the show two stars and the concert, three. When everyone stops griping and grabs an instrument, transforming all that roiling emotion into sonic beauty, it’s proof that Stars at 20 is as strong as ever. Now, if only they’d treat us to a few less temper tantrums and a few more tunes.

STARS: Together continues to Dec. 15. (crowstheatre.com) 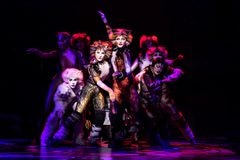 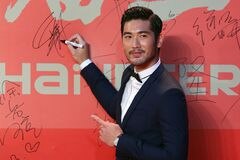 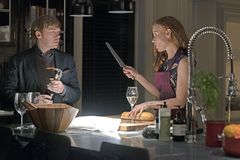