The first notes the audience hears at Dear Evan Hansen, the teen-centred 2017 Tony Award-winner for best musical now having its first international production in Toronto, are digital beeps and bloops of social-media notifications.

Scrolling feeds are projected onto screen-like panels that rise and fall from the fly space.

The Royal Alexandra Theatre stage underneath is mainly bare and remains so for most of the show; mere snatches of sets roll on and off the stage: a bed, a dining-room table, a basement workbench.

It’s as if the characters can only see what’s right in front of them and otherwise are lost to what’s on their screens and the anxieties rattling around their minds, if there’s even a difference between the two.

Written by the playwright Steven Levenson and the Tony/Grammy/Oscar-winning songwriters Benj Pasek and Justin Paul, Dear Evan Hansen is a milestone for musical theatre in the way it is fully immersed in today’s paradoxical world of hyper-connection and disconnection.

Its hero of a sort is Evan (Robert Markus), a 17-year-old who struggles with anxiety and depression and sports a cast on his arm that suggests his friction and discomfort with the physical world.

He’s mostly left to his own (electronic) devices by his mother, Heidi (Jessica Sherman), who works a low-paying, demanding job and is taking night classes to try and get out of it.

It’s a very old-fashioned dramatic device, however, that first leads Evan into a web of lies: a purloined letter.

The teen has been writing self-affirmations addressed to himself at the behest of his therapist – but, on the first day of school, a troubled, often violent student named Connor Murphy (Sean Patrick Dolan) snatches one from the computer lab’s printer after he spies a reference to his sister Zoe (Stephanie La Rochelle), Evan’s crush, in it.

The shocking early twist here is that Connor then takes his own life – and when his parents Mr. Murphy (Evan Buliung) and Mrs. Murphy (Claire Rankin) find the letter Evan wrote to himself in his pocket, they believe it to be their son’s suicide note. They come to Evan looking for answers.

Evan suddenly has the attention he’s been both yearning for and avoiding – and he begins to tell the Murphys and then Zoe what they want to hear about Connor.

When a do-gooding overachiever named Alana (Shakura Dickson) suggests they start a club to honour Connor’s memory and raise money online for mental-health awareness (and help beef up her college applications), Evan digs himself in deeper.

It’s a great premise, and the tone struck by Mr. Levenson’s scenes and Mr. Pasek and Mr. Paul’s songs is ambitious and original. The satire of the show isn’t overemphasized – and the creators explore the real feelings that can be felt about and within fabrications.

This can be quite discombobulating when find yourself being moved by You Will Be Found, a stirring song Evan sings about finding connection with Connor that is a fiction.

As Evan, Mr. Markus, who’s starred in Tommy and The Rocky Horror Show at the Stratford Festival, impresses right from the top, flawlessly making his way through Waving Through a Window’s vulnerable falsetto and blast-you-to-the-back-of-your-seat belting.

(Mr. Pasek and Mr. Paul, who also wrote the songs for films The Greatest Showman and La La Land, know how to write an anthem – and this one is clever, musically, in how it suggests Evan’s mind-body divide in its grunge-inspired pop alternation between soft and loud.)

This will be heresy in some corners of the internet, but the actor who won a Tony originating the role, Ben Platt, overdid it with Evan’s tics. There’s something more depressed and repressed in Mr. Markus’s performance that makes the character’s often too-convenient collection of anxieties a little more plausible and less of a show.

On the whole, Dear Evan Hansen feels slightly dialled-down in Toronto compared to Broadway – to its benefit. It is a small musical, with just eight actors and characters, and it can get overwrought. (Thank goodness director Michael Greif and choreographer Danny Mefford keep the angsty Rent-style rock moves to a minimum.)

The most emotionally effective performance here comes from Ms. Sherman’s slow-build as Evan’s single mother. Heidi spends a lot of time not paying enough attention to her son – but when she finally connects with the song So Big/So Small, the woman in the seat in front of me pulled out the Kleenex and passed it down her row. (I could have used a sheet or two.)

The Murphys are all solid – Ms. La Rochelle is a sweet, lowkey Zoe; Mr. Buliung is moving as the hard-nosed dad – but they remain remote as characters. Perhaps the show wouldn’t work if we immersed ourselves too deeply in their grief; still, Mr. Levenson’s book sometimes seems more underwritten than suggestive when it comes to them, especially at the conclusion of the show.

Dear Evan Hansen’s perfunctory ending zeros in on Evan when it should widen, in my view, but the set, projection and lighting designers (David Korins, Peter Nigrini and Japhy Weideman) do find a satisfying way to visually suggest a (real) world opening up for everyone before the bows. 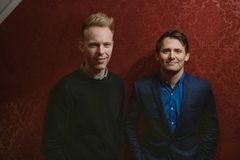 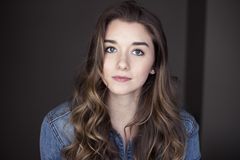 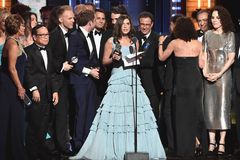