You may recall that Mean Girls, the 2004 film comedy written by Tina Fey, begins with new girl Cady starting classes at an Illinois high school after spending 12 years in Africa – a student transfer that immediately upsets the school’s established social hierarchy.

School Girls; Or, the African Mean Girls Play, a charming and succinct new stage comedy by the American playwright Jocelyn Bioh now on at Buddies in Bad Times Theatre, inverts the situation, with Ericka (Melissa Eve Langdon), the daughter of a cocoa factory owner, arriving at an all-girls school in Ghana having spent many years in the foreign land of Ohio.

In the opening scene of the play, getting its Toronto premiere in an Obsidian and Nightwood Theatre co-production, Bioh sketches out a quick picture of the pre-existing pecking order that gets upset by Ericka’s transfer.

Paulina (Natasha Mumba) maintains her position as queen bee through bullying and blackmailing all the girls in her clique: Her ostensible best friend Ama (Rachel Mutombo); two joined-at-the-hip girls named Gifty and Mercy (who are played, with hilarious verve throughout, by Emerjade Simms and the brilliant Bria McLaughlin); and Nana (Tatyana Mitchell), who, being larger than her peers, bears the brunt of Paulina’s berating in the hypocritical name of health.

“An apple a week – keeps you from getting seek,” Paulina admonishes Nana, in her Ghanaian accent while swatting away a bun, in what she says is an aphorism she learned from cousins in America.

While Paulina has long peppered her conversation with references to American relatives, including one who she says works at a restaurant so palatial it is known as White Castle, Ericka’s arrival quickly erases that social capital.

And not only does Ericka threaten with her first-hand knowledge of the United States, she has a rich father and, perhaps most impressive of all to the girls, has noticeably lighter skin than her classmates.

When a recruiter for the Miss Ghana pageant (Allison Edwards-Crewe) visits the school and praises Ericka’s “universal and commercial look," Paulina worries her chance to compete is going to be unjustly stolen – and begins to plot a way to get her power back.

School Girls tackles issues such as shadeism and queries how exactly to measure that slippery concept known as privilege, but it is first and foremost a comedy, full of nostalgic (and sometimes ironic) references to 1980s pop culture.

Director Nina Lee Aquino, whose production I saw in its final preview, has elicited endearing and funny performances from a top-notch all-female, all-black cast, with a strong assist by movement director Tawiah Ben M’Carthy (who is, himself, from Ghana and the creator of the searing solo play set in that country and in Canada, Obaaberima). The stylized way the actors strut through their cafeteria, or hold their hands aloft as they imagine themselves on stage at a pageant, is very amusing. (One of the transitions the two have put between scenes is not immediately identifiable as fantasy, however – and so, briefly, confused me.)

There are more than a few full-on laugh-out-loud moments in the play, including a competitive choral rendition of Greatest Love of All, in which the girls all try to out-Whitney each other.

But Mumba, a standout at the Shaw Festival in recent years, also brings a hint of pathos to the part of Paulina – the only character who is really fully drawn by the playwright. Likewise, Akosua Amo-Adem is affecting as the headmistress trying to empower her students without ignoring the reality of racism at home and abroad.

While School Girls only really even dips its toe into dramatic moments, and is a little tidy in its structure, it’s nevertheless good to see a fresh take on this type of teen tale make its way to the stage alongside all the recent commercial repackagings such as Mean Girls: The Musical and Heathers: The Musical. 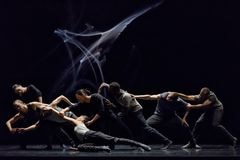 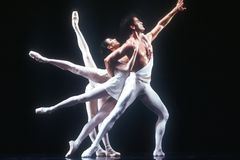 Theatre Review
Review: Towards Youth, a play and a research project, explores drama classes around the world Subscriber content
March 5, 2019 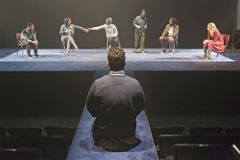