This season, the Stratford Festival is both staging an old adaptation of Harper Lee’s To Kill a Mockingbird – and questioning why it is staging it at the same time.

Director Nigel Shawn Williams has brought the late playwright Christopher Sergel’s faithful dramatization of Lee’s novel about racial injustice, set in 1935 Alabama, to the Festival Theatre’s thrust stage in a gut-punch of a production that resonates deeply amid a seeming resurgence in white supremacist rhetoric south of the border.

The large ensemble drama features a feverishly felt performance from Jonathan Goad as the white lawyer Atticus Finch, who is assigned the job of defending a black man falsely accused of rape, and a wonderfully simple and centred one from the young Clara Poppy Kushnir as Atticus’s daughter, Scout, the white girl from whose perspective the story is told.

At the same time, the Stratford Festival program handed out to audiences features a lead essay by Siminovitch Prize-nominated playwright Donna-Michelle St. Bernard matter-of-factly stating that Mockingbird is “concerned not with how racism ends a Black man’s life, but with how a white child’s psyche is affected by witnessing the events.”

It also notes that the great African-American author Zora Neale Hurston (stage adaptations at Stratford to date: zero) died in poverty the year Lee’s novel was published – and reminds modern-day Canadians not to watch the play believing that our own society is far or free from white supremacy, pointing to, for instance, the recent disruption of an Indigenous ceremony on Canada Day by the far-right Proud Boys.

The contentious debate over the merits and relevance of the material is taken care of in house – a critic can turn his attention to the production at hand.

This To Kill a Mockingbird actually gives us two Scouts: a young one (Kushnir) cavorting with her older brother Jem (Jacob Skiba) and a sensitive young runaway named Dill (an anarchic, but ultimately quite affecting Hunter Smalley), slowly awakening to the realities of the segregated South; and an older one (Irene Poole) who talks directly to the audience and wanders about the stage remembering those horrors.

An on-stage narrator is a bit of a hoary device but Williams make it less so by firming up the reason for adult Scout’s walk down memory lane: The assassination of Martin Luther King Jr. in 1968. This is signalled by disturbing historic images projected above the stage at the start of the show, pulling us back from the civil-rights era deep into the time of Jim Crow.

Williams attempts to push at the limitations of Sergel’s version in other ways as well – giving extra space to black characters such as Sophia Walker’s finely drawn Calpurnia during scene changes as well some white ones such as Jonelle Gunderson’s disturbingly bunched up Mayella, the woman who falsely accuses Tom.

Most effectively, however, Williams and lighting designer Michelle Ramsay isolate a group of black actors after we learn Tom was shot in the back 17 times as he tried to escape prison. They then turn to the audience and scream expressively – a brief rip in the fabric of the production away from Scout’s point of view, a protest that black lives matter in an adaptation that actually climaxes with a white boy’s broken arm.

But in some ways Williams’s production is strongest when it simply embraces the fact that we are viewing a story of Southern racism told through a limited lens: The most powerful, tensely staged scene comes when Scout inadvertently stops a lynching after recognizing the kind voice of a white-robed Ku Klux Klan member – and we see the banality of racist evil up close and personal.

It’s worth noting that Williams, the Stratford Festival and anyone who wants to stage Mockingbird are limited in what they can do to stretch it: Lee’s story may belong to all of us now, but the rights still legally belong to the late author’s estate – which reportedly did not allow Williams to author a new adaptation.

A new adaptation by the playwright and screenwriter Aaron Sorkin is currently greenlit for Broadway – but it almost didn’t make it there due to the West Wing creator’s attempts to, well, adapt the book. This spring, Lee’s estate sued and then producer Scott Rudin countersued over charges that Sorkin had, reportedly, altered the character of Finch too much to make him less of a white saviour.

Those suits were “amicably settled,” both parties said in a joint statement, in May – and, while we await that version’s premiere with curiosity, Sergel’s imperfect one will provoke emotion and debate in Stratford. 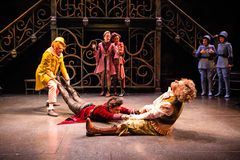 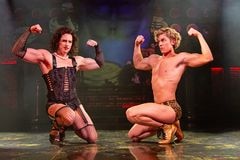 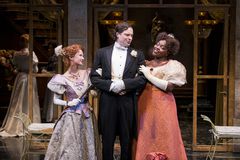