D.H. Lawrence had a lot of advice for literary critics, but his most famous had to do with authorial intent. “Never trust the teller, trust the tale,” he wrote in 1923. “The proper function of a critic is to save the tale from the artist who created it.”

So I’m committing a critical faux pas when I speculate about the intended meaning of Girls Like That, which had its Canadian premiere at the Tarragon Theatre on Wednesday night in Toronto. I am going to hazard that playwright Evan Placey wanted to create a piece of theatre that indicted the hypocrisies of present-day feminism. In depicting six cruel, shallow, solipsistic teenage girls, he wanted to reveal the savagery of mob behaviour. He wanted to show us that sexual insecurity and societal double-standards can turn young women into pitiless monsters. He wanted to reveal that, these days, women can be the most aggressive perpetrators of sexism.

I want to believe that his intentions are good.

The play is set in present-day England at a private school called St. Helens. It follows a group of seven girls who have studied together since kindergarten and have formed a clique that is both amicable and hostile. Scarlett (Shakura Dickson) has always been an outsider, and when naked photos of her are mysteriously sent to everyone’s phone, her frenemies are merciless. They viciously mock every square inch of her body. They call her a slut and scorn her motivations. They prank-call her phone pretending to be Playboy. They forward the photo to more friends.

The shaming and schadenfreude goes on and on with little change in tone. The girls show next to no empathy for their classmate, and not a pang of conscience (until the plot takes a darker turn and their accountability is unavoidable). With the exception of Scarlett, the girls are nameless, and their dialogue functions like a chorus of spiteful sound. There are no special friendships developed between any of them or identifying characteristics about their personalities or academic interests. They are as flimsy as cardboard, obsessed with boys, their cellphones and their appearances. When they show any vulnerability, it’s only to admit that savaging Scarlett’s body makes them feel better about their own. And that they long for things like bigger boobs.

There is so much about this writing that feels cynically caricatured. But the worst part is that Placey deprives his young women of intelligence, too. We’re told that St. Helens only accepts the best and brightest, and yet these girls are depicted as airheads, with no vocabulary to discuss sex, feminism, objectification or their classmate’s vilification. (One girl doesn’t know where Canada is – it makes a corny punchline, but it comes at the young woman’s expense, a sin Placey commits repeatedly.)

The characters’ stupidity feels like authorial intrusion because it’s so completely and unfairly unrealistic. Sixteen-year-old girls – certainly those enrolled at a fancy prep school – can be eloquent and knowledgeable, while still longing for micro-bladed eyebrows and bikini abs. They can be capable of verbal cartwheels, spouting trendy terminology about equality and gender that can put an educated adult to shame. (Let’s not forget that, in real life, teenagers are currently standing up to one of the most powerful lobbies in the world.)

Maybe the play would have been less offensive if Scarlett had stood out against this chorus of shallow harpies, but she barely speaks until the penultimate scene. Director Esther Jun interrupts the action with intermittent dance routines that make for bland clichés, revealing nothing about the girls’ personalities or skills. Another problem is the panoply of strained dialects; the characters sound as though they’re from all corners of the U.K. This might have worked with a British cast (the play has previously only been produced in the U.K.), but here it only exacerbates the staginess and insincerity of the performances.

The script makes use of a device that makes the present-day action freeze and a story emerge from a different decade. We’re given quick lessons on what “good feminism” looks like and glimpses of eras in which young women showed solidarity and didn’t exploit each other’s insecurities. There is some nice acting in a couple of sections, particularly from Tess Benger as a flapper-era woman who’s humiliated at a pool party. But others feel strained and anachronistic – again, a playwright writing about something he doesn’t understand.

It truly pains me to have to give this show such a negative review. It’s such a lost opportunity to see a cast of seven talented young women reduced to playing offensive, one-noted stereotypes – which brings me back to the question of authorial intention. There’s something wildly problematic about a young man writing a play to call out present-day girls on their unsisterly bitchiness. If Placey hadn’t claimed the moral and intellectual high-ground, and actually thought of his characters as his equals, maybe he would have written something with more depth.

Would I go so far as to call the play misogynist? Well, I certainly don’t think it was meant to be.

But better trust the tale.

Girls Like That continues at the Tarragon until May 27. 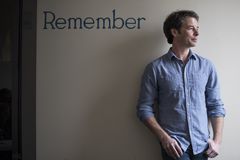 Follow Martha Schabas on Twitter @marthaschabas
Report an error Editorial code of conduct
Due to technical reasons, we have temporarily removed commenting from our articles. We hope to have this fixed soon. Thank you for your patience. If you are looking to give feedback on our new site, please send it along to feedback@globeandmail.com. If you want to write a letter to the editor, please forward to letters@globeandmail.com.
Comments are closed