Three nuclear physicists walk into a room in The Children – but the result is curiously lacking in energy in the Canadian premiere of British playwright Lucy Kirkwood’s 2016 dystopian drama.

At a seaside cottage, Hazel (Laurie Paton) and Robin (Geordie Johnson) are living a quiet life after spending their careers working at a nearby power station. As with many baby boomers, they don’t seem to have entered their retirement years particularly voluntarily; indeed, their employment appears to have come to an end when the plant experienced a meltdown.

As the play begins, Rose (Fiona Reid) – nuclear physicist No. 3 and an ex-colleague who had moved to the United States – shows up unexpectedly at their door.

Inspired by the 2011 Fukushima Daiichi nuclear accident in Japan, Kirkwood gives us a trickle of information about a similar disaster she’s imagined on the British coast – a terrible tide like “boiling milk,” the exclusion zone Hazel and Robin now live just outside of, the rolling blackouts and radiation checks they now deal with.

As Hazel, long-time Shaw Festival company member Paton sends chills down the spine as she recalls the moment she realized what was happening – when the eggs she had out for making banana bread for her grandchildren started shaking in their carton and, for a brief moment, she wondered if they were hatching.

The performances by Paton’s fellow veteran actors are very good – Reid eccentrically transatlantic as the childless expat Rose; Johnson making a memorably acid entrance on a tricycle as Robin.

Structurally, however, The Children is a series of clichéd constructions that they struggle to navigate convincingly – from the unexpected visit that opens the play, to the inevitable trip to the basement to get out a bottle of the good stuff, to the obvious revelation of an affair between two characters as soon as the third leaves the room.

While Kirkwood’s imagining of the disaster itself is painted in vivid language, much of the rest of the dialogue she conjures for her characters is banal or strained. She’s created the types of stage scientists who might begin a sentence about moving house with, “It was like e equals mc squared…” (Holy cow, Britain needs a moratorium on plays that name-drop physicist Werner Heisenberg.)

Ultimately, though set in the near future, this is a very old-fashioned play in which characters dance around a central secret – in this case, the reason for Rose’s visit – tediously withheld until two-thirds of the way through its 90-minute running time. Despite a series of unexpected bursts of physical energy that follow – a smaller household disaster, a dance number, a yoga session – the plays fizzles out more than ends under the weight of having to quickly resolve the heavy-handed dilemma Rose finally brought into the room.

Without revealing too much, it’s fair to say that Kirkwood, a playwright in her 30s, has written this play as a kind of challenge to her parents’ generation: You helped make this environmental mess – what are you willing to do to clean it up? How much do you truly love your children, all the children who will inherit this Earth?

There have long been plays out there that imagine life after disaster, of course, but, understandably, Kirkwood’s cohort of playwrights has been making those disasters explicitly environmental and extremely imminent. In Canada, I’m thinking of recent works such as Rosa Labordé’s climate-change comedy Marine Life or Georgina Beaty’s eerie solo show Extremophiles.

While newly minted Centaur Theatre artistic director Eda Holmes’s production of The Children – which heads to her new home base in Montreal next – is solidly built, the play itself feels, like two other Kirkwood plays to make their way across the Atlantic to Toronto recently, too undistinguished to warrant the importation.

It opens the final season at Canadian Stage programmed by Matthew Jocelyn – and cements the impression that despite his keen eye for dance and theatrical spectacle, he had rather bad taste in the contemporary dramas he picked for the one or two slots he reserved each year for script-based work.

And that in an era when excellent English-language plays, American in particular, have abounded.

Here’s hoping his successor, Brendan Healy, raises the bar in the drama department.

The Children runs to Oct. 21 at Canadian Stage in Toronto; and then from Nov. 6 to 25 at Centaur Theatre in Montreal. 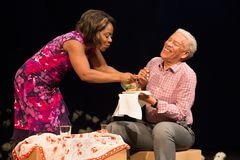 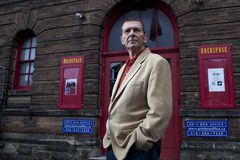 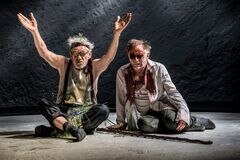