In theory, Norman Yeung’s Theory is the right play for the right time.

Isabelle (Sascha Cole) is a film-studies professor who sets up an unmoderated message board for students of her first-year seminar to discuss the topics raised in class.

To increase their ability to speak freely on the board, she allows them to log in and post using screen names rather than their actual names.

Some of Isabelle’s students are immediately aghast at the prospect of pseudonymity – but the professor tells them she trusts them. “You can’t just do forcible trusting,” one replies.

Yeung has set up his scenario in a smartly counterintuitive way – making his free-speech absolutist a progressive young professor who, though white herself, rails against the “dead, white males” the university forces her to teach, and with a progressive personal life to match, married to a female black professor at another university (Audrey Dwyer).

Unfortunately, Yeung’s drama dissolves quickly. There’s no grey zone in what happens on the class’s message board: Homophobic slurs and racial epithets are immediately employed by students, and it’s not long before graphic images of gas chambers and lynching are being shared (and, gratuitously, shown to the audience as well). Hateful messages that specifically put Isabelle and her wife in the crosshairs follow.

As things get extreme, the why-didn’t-she and why-doesn’t-she-just questions start to pile up as if this were a slasher film. When a (comically small) knife appears on stage, however, it becomes clear that’s not far off from what we’re watching – Yeung hasn’t written a play of ideas so much as a techno thriller about an online stalker, sprinkled with straw-man topicality.

Isabelle’s diverse students, ably played by Bilal Baig, Asha James, Kyle Orzech and Anthony Perpuse, are not fleshed-out versions of the “snowflakes” and “alt-right” kids that adults obsess about online today but are mere suspects, thinly drawn on purpose to keep you guessing who might secretly be a psycho.

Alas, director Esther Jun doesn’t let Theory comfortably descend into genre entertainment in her overly genteel production – leaving its unlikely twists out in the open, overly lit by designer Joe Pagnan. (Pagnan’s adaptable set, though, is a marvel – making a virtue out of the play’s short, screenplay-like scenes that shift from class to office to home.)

Only Fabrizio Filippo, playing a fellow professor who oscillates between mentor and menace to Isabelle, seems to recognize Theory for what it is in practice – and has fun with Yeung’s jagged dialogue and melodramatic turns. (For some reason, costume designer Michelle Bohn seems to have styled Filippo to look like Tarragon Theatre’s artistic director, Richard Rose, making his arrival on stage particularly bizarro.)

Theory paints a nightmarish view of university where professors are surrounded by students who either openly threaten to file grievances as soon as syllabuses are unveiled – or are closet nazis. Though too divorced from reality to satisfy as a serious exploration of the supposed divide on campuses today, it could make the basis of a provocative midnight-madness film if it took itself less seriously. 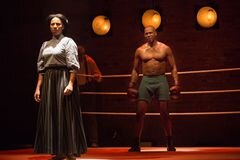 Theatre Review
Review: Now You See Her and The Men in White are two dramas, disconnected by design
October 19, 2018 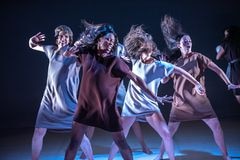 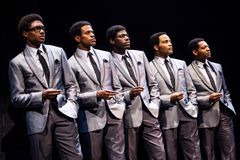