Title: The Unnatural and Accidental Women

A shiny-eyed Kevin Loring, artistic director of the National Arts Centre’s new Indigenous Theatre, bounced onto the stage of the Babs Asper Theatre for last Friday’s opening night of Mary Clements’s play The Unnatural and Accidental Women and declared, “We’re taking over!”

He was joking, of course. But this past weekend, which saw the inauguration of the long-awaited theatre division devoted to the work of Canada’s Indigenous artists, did feel a bit like a takeover. Or better, the taking of a rightful place. On its 50th anniversary, the NAC finally has a third theatre to join its well-established English and French ones, reminding us that the country has more than two founding cultures.

It was a weekend filled with solemn ritual and high spirits. On Saturday, a procession of canoes, paddled by members of the Algonquin and Anishinabek nations, made its way – whooping and waving – down the Rideau Canal to the NAC for a ceremony accompanied by drumming and prayers. The NAC sits on unceded Algonquin territory, and this was their way of giving a stamp of approval to the new theatre.

Loring, a Nlaka’pamux from B.C.’s Lytton First Nation, was steering the first canoe. He then led a procession into a packed NAC lobby for another traditional ceremony, the bestowing of blankets on four Canadian Indigenous theatre trailblazers – Marie Clements, Tomson Highway, Margo Kane and Muriel Miguel. After that, everyone tucked into a community meal that included bannock and elk stew.

The takeover continues throughout this month with the Moshkamo Festival, a spate of Indigenous-themed programming, but the theatrical centrepiece is the Clements show. It’s a big, ambitious revival of the Métis playwright’s phantasmagorical tragicomedy, for which the Indigenous theatre, in partnership with its English counterpart, has pulled out all the stops. Its impressive cast of 11 actresses ranges from veterans (Monique Mojica) to rising stars (Yolanda Bonnell) and the director is Miguel, founder of the legendary Indigenous feminist Spiderwoman Theater.

That said, the production unveiled at the Babs Asper on Friday isn’t all it could be – and perhaps more than it should be. Clocking in at three hours-plus with an intermission, it’s too long and suffers from some slack pacing, especially in the first act. But when it finally hits its stride in Act 2, it does ample justice to the script’s heady blend of raucous comedy, foreboding thriller and joyous reclamation of lost voices.

First produced in Vancouver in 2000, 15 years before the federal government launched the national public inquiry into missing and murdered Indigenous women, Clements’s play is clearly due for rediscovery. It’s based on the real-life case of Vancouver serial killer Gilbert Paul Jordan, the “Boozing Barber,” who murdered his victims – most of them middle-aged Indigenous women – through alcohol poisoning. Their deaths at the time were often ruled to be “unnatural and accidental,” and Jordan remained on the loose for more than 20 years before he was caught and convicted in 1988.

But the killer isn’t Clements’s concern. She wants us to get to know his victims, to understand how they could become his prey and to let them take back the narrative of their lives.

The play’s framing story concerns a young Métis writer, Rebecca (PJ Prudat), whose mother went missing in Vancouver’s notorious Downtown Eastside 20 years ago. Now, Rebecca is walking its mean streets and drinking in its seedy bars in the hope of finding out what happened to her.

Meanwhile, in the hotel rooms above those bars (Andy Moro has designed a skeletal two-storey set), several other Indigenous women are grappling with the pain in their own lives. They include Valerie (Bonnell) and Verna (Cheri Maracle), who have left behind husbands and children to get things sorted out, as well as lonely, frightened Mavis (Columpa C. Bobb), who is trying desperately to reach out to friends and family on the phone. She only manages to connect with Rose (Colleen Winton), the hotel’s switchboard operator. The prim, British Rose has also unexpectedly bonded with another hotel resident, colourful Aunt Shadie (Mojica), a one-time trapper who turns up at the front desk naked except for a pair of mukluks.

Clements brightens the women’s sordid circumstances with splashes of the surreal. In their hotel rooms, men take on the form of animate furniture – Valerie tussles with a mouthy chest of drawers, Mavis finds security in the big arms of a comfy chair. One unnamed woman (Nimikii Couchie-Waukey) swims in an ocean of liquor. The youngest one, childish Violet (Lisa Cromarty), sits innocently on a garden swing. Their looming demise is prefigured by a “barbershop quartet,” in which the demon barber (Pierre Brault) and three glitzy female dancers (Jenifer Brousseau, Soni Moreno and Kelsey Wavey) engage in a seductive ballet that ends with his force-feeding them booze.

There’s plenty to juggle in Clements’s multitextured script and Miguel, who has directed the play before, adds touches of her own. What with the projected titles, video and voice-overs, at times her staging is overly busy to the detriment of the performances. Ironically, the doomed women don’t really come to life for us until after they’re dead – in Act 2, when they return as very lively, bickering ghosts. In a series of hilarious scenes, they cluster about Rebecca’s bed on the morning after her one-night stand with an off-duty cop (Olivier Lamarche), behaving like naughty phantom voyeurs. Later, they become guardian angels, watching over the young woman as she in turn is lured by the barber.

The ensemble really clicks into place in the second half. Prudat is superb as the prickly, sardonic Rebecca. Bobb is especially enjoyable as Mavis, who makes an afterlife change from sad to sex obsessed. There’s also amusing byplay between Mojica’s lovably gruff Aunt Shadie and Winton’s Angela Lansbury-like Rose. As the shadowy villain, Brault’s bald barber is suitably creepy, his malevolence hidden in a milquetoast demeanour. By the time the show reaches an ecstatic finale of chanting and dancing, you’re more than ready to forgive its earlier faults. It strikes the right celebratory note for the beginning of a new era at the NAC, when Canada’s Indigenous theatre, like Clements’s women, is finally getting the showcase it deserves.

The Unnatural and Accidental Women continues to Sept. 21. (nac-cna.ca)

Review
No Change in the Weather’s artful music is a breath of fresh Newfoundland air
Subscriber content
September 13, 2019 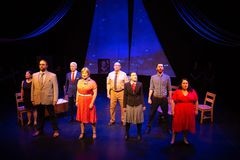 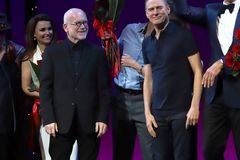 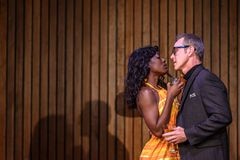