Did Tennessee Williams write A Streetcar Named Desire in the late 1940s or did he just rip it from his typewriter yesterday? Abusive relationships, racism and classism, sexual harassment and rape … Revisiting Williams’s masterpiece in a thrilling revival by Toronto’s Soulpepper Theatre, there are times when you’d swear the playwright hadn’t died in 1983, but was still ensconced in his New Orleans apartment, taking the pulse of America – and the world.

“Don’t hang back with the brutes,” Amy Rutherford’s Blanche DuBois pleads, begging her kid sister Stella (Leah Doz) to leave her crude, abusive husband, Stanley Kowalski (Mac Fyfe). The line resonates more than ever today, as country after country votes to do just that – cast its lot with charismatic macho brutes. Stanley even brandishes the “every man a king” slogan of one of America’s earlier populist demagogues, Louisiana governor Huey Long.

Weyni Mengesha, directing her first show as Soulpepper’s new boss, emphasizes such relevance in a production where postwar New Orleans bleeds into the present day, through contemporary costumes, hairstyles and props. The text is pure Williams, however, and speaks to us as powerfully as ever.

Rutherford’s blond, white-pant-suited Blanche shows up, destitute, on Stella and Stanley’s doorstep, amid the noisy, diverse chaos of the French Quarter. Blanche is ruined gentry and a woman with a sordid past, hiding behind a refined Southern belle act. Fyfe’s handsome but hard-faced Stanley, the working-class son of immigrants, isn’t falling for it.

Theirs is a clash of classes, sexes, illusion versus reality, progress versus a slow slide back into the Stone Age. The one thing they have in common is desire. It was Blanche’s downfall and it’s what keeps Stanley and Stella together. In Mengesha’s nuanced approach, the scene where Stella is torn between her helpless lust for Stanley and Blanche’s efforts to save her is heart-rending.

Streetcar is forever haunted by the indelible Vivien Leigh and Marlon Brando film, but Rutherford and Fyfe give us rewarding interpretations. As Blanche, Rutherford damps down the Old South mannerisms and makes her a more familiar creature – a white woman with intelligence and taste, but also her share of prejudices and insensitivities. We’re reminded it was these flaws that triggered the tragedy in her past. Fyfe’s bearded, tattooed Stanley is still, as Arthur Miller called him, a “sexual terrorist,” but the actor also gives him moments of tenderness and decency. When Doz’s appealingly girlish Stella leaps joyfully into his arms, you feel the erotic chemistry that binds them.

In a production where the name “Blanche” is more freighted than ever, Mengesha ramps up the play’s diversity, casting upstairs neighbours Eunice (Akosua Amo-Adem) and Steve (Lindsay Owen Pierre) as an interracial couple. She also builds on the musical component that’s integral to Williams’s drama (we’re in New Orleans, after all). The singer Sate fronts a rowdy jazz-blues combo that carries us swaying through the scene transitions. Music director Mike Ross and sound designer Debashis Sinha see to it that the air is always alive with tunes, including the fateful polka that whirls through Blanche’s tormented brain.

It was a bold choice for Mengesha to launch her new regime with this play, given the sexual abuse allegations that rocked Soulpepper and brought down her predecessor. As it turns out, it’s just the classic we should be watching at this time. It may hit a few bumps along the way, but this is a Streetcar I’d happily ride again. 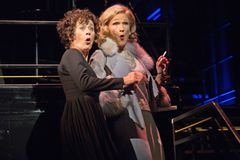 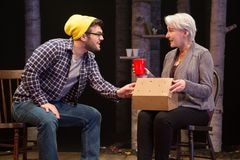 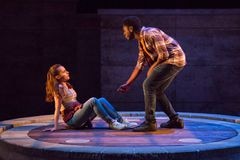