Robert Binet was at the airport, en route from New York to his home in Toronto, when his father called and asked if he'd seen the Financial Times that morning. Binet launched into a customary artist's spiel about avoiding reviews in the immediate aftermath of a show. His short ballet, The Blue of Distance, had premiered two nights before at the New York City Ballet – he wanted a little time to reflect on his own feelings before trying to process any critical response.

But his dad was too excited to do much in the way of listening or waiting – he was already a sentence into reading prominent critic Apollinaire Scherr's glowing review aloud. "[E]ither Robert Binet is a major talent or his strange, riveting The Blue of Distance is a most fortuitous accident." (Disclosure: Binet's father, David Binet, is the president and CEO of Woodbridge, the investment company owned by the Thomson family, which owns The Globe and Mail.)

"It all feels pretty surreal," Binet said to me the following week. We're sitting in a board room, over his lunch break, at the National Ballet of Canada studios, where he's one of two choreographic associates. "Of course, toward the end of the rehearsal period, it was pretty scary and stressful. But, yeah, I was happy, sitting there in the audience." With a self-aware grin he adds, "It kind of felt like it happened in slow motion."

At 24, the Toronto-born Binet already has an impressive résumé of choreographic apprenticeships and affiliations. He was the first-ever choreographic apprentice at London's Royal Ballet, where he was mentored by modern-dance renegade Wayne McGregor – whom Binet calls "a living master." He's shadowed John Neumeier, head of the Hamburg Ballet. After he participated in two workshops at the New York Choreographic Institute, Binet caught the attention of NYCB director Peter Martins, who invited him to choreograph a piece for the company's fall gala, which took place Sept. 30.

Binet is cerebral and solicitous when it comes to discussing his approach to his work. Having spent more than a decade training as a dancer at the National Ballet School in Toronto, where he started making his own short ballets at the age of 11, he can beautifully articulate what's irreplaceable about his medium. "Ballet technique is so legible, even to the untrained eye. These extreme forms express emotion with a clarity that I don't think any other physical performance can."

So he gave the commission some real thought, fought the knee-jerk reaction of becoming star-struck, and decided to home in on something conceptually strong. It was an idea he'd come across in Rebecca Solnit's book of essays A Field Guide to Getting Lost – the notion that we tend to conflate beauty and remoteness, to fetishize things that are far away. He wanted to find a way to express this concept choreographically, to suggest spatial distance without just putting people far apart on stage and, in so doing, imply emotional detachment through movement.

"In a way, it's one of the simpler ballets I've made. I wanted it to be something really clear and resonant. Because I'm so young and it was such a huge opportunity, I felt that the trap would be trying to show everyone all the things I can do."

Binet was also keen on taking advantage of NYCB dancers' exceptional musicality. He set his work to two gorgeous and challenging piano pieces by Ravel. "The first [Oiseaux tristes] is so simple you almost feel you're in a vacuum and things are just being sucked away, but it's so powerful. The second piece [Une barque sur l'océan] is much bigger. It's full of trills and cadenzas and totally wild. By the end, there's a great sense of distance covered – you feel like you're so far from where you started."

As we speak, it's impossible not to stumble on the question of ballet's sometimes fractious relationship with contemporary values. Binet is quick to insist ballet isn't dead; instead, he thinks we just have to change the way we talk about it. Still, he's concerned about the problematic provenance of his form, particularly as it relates to hetero-normative representations of gender.

"Gender identity in ballet – men depicted as strong, women as demure – that's one of the things that disconnects ballet the most from the present world. I'm trying to find a way to express contemporary relationships that look like the relationships that we, as people, have today, while not abandoning that technique."

This vision is a huge part of what's informing his current project, an adaptation of the myth of Orpheus and Eurydice, which is being co-produced by the National Ballet and the Banff Centre for the Arts. Binet is collaborating on the ballet with a young team – four National Ballet dancers (Emma Hawes, Spencer Hack, Félix Paquet and Calley Skalnik) and playwright Rosamund Small, who's also 24 and has established a local reputation for intelligent site-specific and verbatim theatre. They'll be presenting and live-streaming a long excerpt from the ballet at the TEDx talks in Toronto on Oct. 22.

Binet tells me he and Small were determined to find a credible real-world explanation for the myth's climactic moment – when Orpheus, trying to rescue Eurydice from the Underworld, is forbidden to turn around and look at her. "We wanted to tell the story without gods or curses, and focus on why you couldn't look into the eyes of someone you love and are attempting to save. Why would that moment of fully seeing your lover destroy the relationship?"

The big objective was not to position Orpheus as the rescuer and Eurydice as the damsel in distress, so he's constructed a chain of duets where the characters transition between roles. The woman becomes powerful and the man struggles through moments of stark fragility.

"Ballet is the most gendered art form; male and female ballet dancers are trained to do such different things. But today gender identity and gender roles are much more liquid and blurry and redefined constantly. So it's trying to find a way forward without sacrificing everything that's so expressive and exciting about ballet."

For Binet, this way forward means challenging our preconceived ideas about all kinds of balletic conventions. He wants this to happen on a scale beyond just gender – taking on culture, class and elitism, too. He's also interested in experimenting outside the very established structure of a ballet company. What does ballet look like when it leaves stages and hierarchies and interacts, unaffectedly, with the contemporary world?

"The National Ballet of Canada is like a home to me. It's such an exciting time, with so much talent in the young company now," he says, referring to the dozen or so rising stars who are garnering attention in soloist and corps positions. But he adds that artistic director Karen Kain doesn't want him to get too comfortable. "Karen loves having me travel, work in other places and with other artists, meet new people." Comfort is typically anathema to creativity, and Binet has no plans to take it easy.

Robert Binet will speak at TEDxToronto on Oct. 22. An excerpt from his new ballet Orpheus Becomes Eurydice will also be performed and live-streamed (tedxtoronto.com). 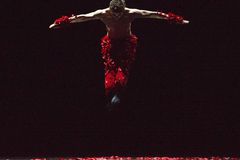 Toronto festival aims to crack exclusivity of dance world
May 15, 2018 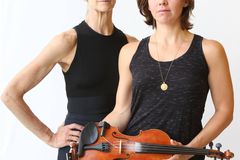 The rebel spirit who inspired Canada’s best dancers
May 15, 2018 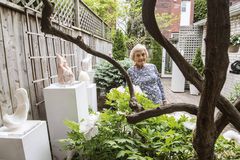