Has the much-celebrated Robert Lepage finally jumped the shark?

It's a question raised by the acidic reviews that have greeted the Canadian theatrical icon's staging of Wagner's cycle of four epic operas, Der Ring des Nibelungen, now at New York's Metropolitan Opera.

The ensuing controversy is generating wider ripples of concern – about both the creative health of one of America's leading cultural institutions and, in the teeth of a deep recession, the potfuls of money spent on what some regard as high-brow entertainments.

One musicologist even sees it as symptomatic of contemporary's opera's identity crisis – the conflict between its elitist roots and its increasing need (and attempt) to appeal to mass audiences.

Although saddled with long-term debt, the Met has lavished budgetary largesse on Lepage. At a cost of $16-million (U.S.) and running a total of some 15 hours, the Ring cycle – which includes the operas Das Rheingold, Die Walkure, Siegfried and Gotterdammerung – is the most expensive production it has ever mounted.

(Despite this, in 2011, with the help of record donations of more than $180-million (U.S.) and profits from its HD movie-theatre transmissions, the Met balanced its budget, now $325-million, for the first time in seven years.)

Staged separately over the past two seasons, the four operas are being presented three times this spring – for the first time in two decades – as a complete cycle.

A significant portion of the Ring's cost has resulted from the construction of its elaborate, computerized set – a noisy, 45-tonne machine, consisting of 24 aluminum shape-shifting planks that magically morph, with the help of video projections, into Rhineland rivers, forests and mountains.

But while the technical wizardry has impressed critics, they've been scathing about what they see as the director's failure to find the human centre of the powerful Wagnerian saga.

New Yorker critic Alex Ross, for example, called it "pound for pound, ton for ton, the most witless and wasteful production in modern operatic history."

In New York Magazine, Justin Davidson applauded Lepage's staging, but added that his talent did "not extend to humans ... he leaves an interpretive void at the opera's core." Financial Times critic Martin Bernheimer dubbed the "hyper-costly fiasco ... Lepage aux Folles."

And David Allen (in his classical music blog Unpredictable Inevitability) said the high-tech set, "with its clunking and clanking ... sometimes has more personality than the people Lepage directs on stage ... There is no insight into anything Wagner wrote or illumination of the themes he was dealing with. This is not Wagner, it's show business."

On opening night of Die Walkure last spring, Lepage and his creative team were actually booed when they appeared for the curtain call.

The critical barrage has been so vitriolic that Lepage himself felt compelled to issue a testy defence of his operatic vision.

"People say we've put way too much emphasis on the set, but it's not true," he told one interviewer. "We devote weeks to discussing the roles, discussing the idea behind the scenes, digging into the subtext."

The Met's general manager, Peter Gelb, has also been drawn intro the fray. In an uncharacteristically defensive interview this week with The New York Times, Gelb insisted that Lepage "may be the first director to execute what Wagner actually wanted to see onstage ... On balance, I think it's a remarkable experience," he said, but added, "I reserve final assessment until I see how it all works out technically, when presented complete in the space of a week."

Opera Canada editorWayne Gooding, who has seen all of the operas and will return to New York shortly to see the complete cycle, says he remains "slightly open-minded. Some of the effects of the Machine will be greater when you see the sequence of operas as they were intended to be played. On the other hand, there are problems with this Ring. People are having trouble answering the question – what is the core vision here? There really isn't anything there except telling the basic story. That puts all the attention on the Machine and associate technologies, and it's just not enough."

Gooding maintains "there are many fine things in the production, but there are parts of it where I wondered, 'is this really Robert Lepage doing this?' The climactic scene of Gotterdammerung, for example , falls totally flat – exploding heads of gods, which looked ludicrous. It was kind of amateur hour. I can't remember a Lepage production where he's been under such fire."

Daniela Smolov Levy, a PhD musicology student at Stanford University, says the rhetoric surrounding the productions fits a pattern of tension in North American opera – between its tradition of social exclusivity and more recent attempts to find a mass audience through spectacle.

The Met's Gelb has been prominent in that campaign, mounting "more theatrically impressive operas, emphasizing more accessible elements and using simulcasts carried in cinemas [The Met: Live in HD series]in key markets, with the loss of what some people perceive as artistic integrity."

But the attempts at outreach, Levy said, are seen to conflict with opera's core values. 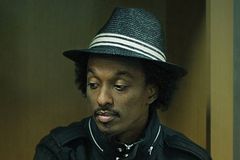 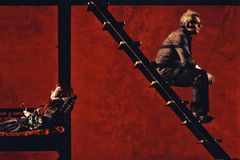 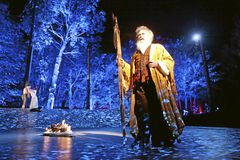