It would have been an easy thing to do; shrewd, really. When Rose-Ellen Nichols auditioned for the potentially career- and life-changing title role in Margaret Atwood's opera Pauline – about the Canadian poet and performer Pauline Johnson, who was half-Mohawk – she declined to mention her own Salish heritage.

"They weren't looking for a First Nations person; they just wanted a person that represented the strength of personality," Nichols said before a recent rehearsal. "It wasn't like I was going in saying: 'Hey, I'm First Nations, hire me.' I was just: 'This is me and this is what I sound like. This is what you get when you hire me.'"

They did hire her and what they got, according to the creative team, is an astounding singer with extraordinary force and stage presence.

"She is a dramatic mezzo who understands drama and knows how to convey it. She has this gift in her voice, in her eyes, in her stature," says City Opera Vancouver's Charles Barber, who has been the driving force behind this production. "She owns the stage when she is on it."

In Pauline, she is always on the stage, for two full acts. The show is hers to carry, as audiences will see on Friday, when the chamber opera show has its world premiere at Vancouver's York Theatre.

Nichols, 33, grew up in Pender Harbour on B.C.'s Sunshine Coast, in a family of fishermen and hunters – but certainly not opera fans.

"Nope, nope, it was not something I'd ever heard of," she explains, sitting in the York's dressing room. She sang along to pop songs on the radio; she could rhyme off every Madonna lyric. Her grandmother recognized a talent there and Nichols began formal lessons when she was 10. Suddenly, the girl who had never heard opera was singing it all the time.

"I'd be screeching away in my room and [my brothers] would be 'oh shut her up, I'm trying to do my homework,'" says Nichols, dressed in a brown tank and skirt, and moccasins. "Now they're so proud."

During a high-school trip to Vancouver, she saw The Phantom of the Opera (she fled the auditorium, terrified, after the chandelier drop). But she didn't see an actual opera until she moved to Metro Vancouver to study music at what was then called Kwantlen University College. She completed her studies, including her master's degree in music, at the University of British Columbia.

Since graduation, Nichols has sung with companies such as Vancouver Opera, Calgary Opera and the Wexford Festival Opera in Ireland.

When City Opera Vancouver announced it would produce Atwood's opera in 2008, B.C. mezzo-soprano Judith Forst was to sing the role of Pauline, and Christos Hatzis was on board as composer. But the company could not come to an agreement with Hatzis, and delays meant Forst could not meet the commitment.

Nichols was one of 53 people to audition. "She blew us away," says composer Tobin Stokes, who replaced Hatzis. "When we heard her, there was an added dimension to her voice, this richness and fullness in quality in her lower range." Stokes went back and wrote a number of things into the composition to highlight what he calls the lower dark quality in her voice. The role has huge potential for Nichols (who incidentally has studied with Forst), putting her not just on the little stage of York Theatre, but on the national stage.

"This is a calling card for Rose," says Barber, City Opera Vancouver's artistic director, who also conducts. "For her to say: 'I created the role of Pauline Johnson in Margaret Atwood's first opera' is a big deal. That is credibility and she's earned it."

An unsung hero in Vancouver's cultural scene, Barber runs the little chamber opera company on a shoestring, propelled by determination, a sharp intellect and a wicked sense of humour. He founded the company in 2006 and was looking to commission a signature opera for Forst, when he contacted Atwood and asked if she would consider writing one.

He hadn't known that she had written a libretto for the Canadian Opera Company under Richard Bradshaw in the 1990s, which was never produced. Rejected by composer Randolph Peters, the libretto was stashed away until Barber came calling in 2006.

"I've been thinking about it even longer," Atwood explains from Toronto. "Before I started even thinking of it in opera form, I was thinking of doing it in a play, because what's so interesting about her is her double persona."

Johnson was born on the Six Nations Reserve near Brantford, Ont., the daughter of a Mohawk chief and a Quaker Englishwoman, a dual identity that she harnessed for her popular stage show: She would begin her act in native dress; then, after intermission would surprise the audience, looking every bit the Victorian lady.

A poet probably best known for The Song My Paddle Sings, she had disappeared from the canon until Atwood included her work in her edition of The New Oxford Book of Canadian Verse in the early 1980s.

The opera is set in Vancouver, where Johnson ultimately settled, in March, 1913, the last week of her life. Suffering from cancer and confused from morphine, she clashes over her life choices with her disapproving, straitlaced sister Eva (Sarah Vardy).

"She was walking a line all her life," Atwood says. "She was walking a very narrow, little line and I think one of the things that writing these narrative poems allowed her to do was express a lot of energy and rage that you wouldn't have been able to express as a white lady poet. You can't quite imagine Christina Rossetti writing poems about plunging her knife into somebody who was about to rape her. … It would have been considered very unladylike. But she had more latitude in her Mohawk persona."

Nichols knows something about living a double life. No trace of a diva here, when she's not starring in the highly anticipated world premiere of Atwood's opera, she is working at a Fabricland, serving customers and hauling around bolts of material.

Then there's the bifurcated life she lives in Pender Harbour and Vancouver. "I grew up in one way of life and I'm living a different life while I'm in the city," she says. "I do feel like I have that double life. And I find that [Johnson] has helped me realize that I can go for my dreams, because she was able to do it in a time that she shouldn't have been able to do it."

Nichols's parents will be there on opening night – as will the grandmother who recognized little Rose's musical talent. Atwood will be there too, to witness, finally, her Pauline Johnson opera on the stage.

"I'm feeling pretty good but it's always a nervous thing," Atwood says. "You just hope nobody's going to throw up on the stage, which is always a possibility, is it not?"

Pauline is at the York Theatre in Vancouver May 23-31.

Pauline is at the York Theatre in Vancouver May 23-31. 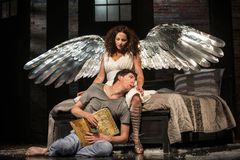 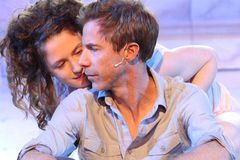 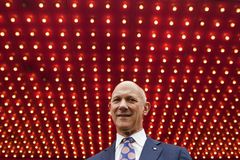 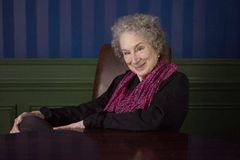