Sergio Trujillo is the first choreographer ever to have four shows running on Broadway at the same time. He currently has 12 productions in theatres worldwide if you count all the touring companies – six of Jersey Boys, two of Memphis, two of The Addams Family, and one each of Tarzan and Next to Normal.

That's not bad for a kid who grew up in Toronto's Jane/Finch neighbourhood and almost became a chiropractor.

Born in Cali, Colombia, Trujillo immigrated to Toronto with his family when he was 12. Now based in New York, Trujillo and his significant other of 21 years, actor Jack Noseworthy, have their own production company.

The very busy Trujillo, 48, is back in Toronto this week for the opening of a touring production of the Tony Award-winning musical Memphis at the Toronto Centre for the Arts and for some of his mother's home cooking.

Was dance always part of your life?

I come from a dance-and-music-loving family. It's part of our DNA.

But you never took dance lessons until you were much older.

It wasn't until I saw a show at Canada's Wonderland when I was 18. I wanted to be like those dancers. I was in university, but I spent all day Saturday, from 10 to 6, taking classes. I started to get dance jobs, like Wonderland, Ross Petty's pantomime and industrials.

Did you ever consider dance as a career?

It was a hobby. I was from a working-class, immigrant family, and there was pressure on me to be the first to get a university degree. When Broadway choreographer Michael Peters was in town auditioning for the Hot Shoe Show in 1987, he told me that I should do something with my talent.

But you were studying to be a chiropractor at the time. How did you resolve the conflict?

After many sleepless nights, I decided to take a sabbatical. I dropped out of school and gave myself one year to try a dance career. I first went to New York and then to Los Angeles, taking classes all the time. I lived on the money I had saved doing dance jobs in Toronto. I kept on auditioning for stuff but, although I lasted to the final rounds, nothing ever happened.

What was your big break?

I auditioned for the national tour of Jerome Robbins' Broadway and was hired, but then it was cancelled. To me, this was a sign to go back to school. Then I got the call to join the New York cast, and the rest is history.

Until you stopped dancing in your mid-30s, you appeared in top shows like Kiss of the Spider Woman, Victor Victoria and Fosse. There was also film and TV. That's quite a career.

It doesn't get any better. I made some smart choices in my life, choosing quality over quantity. I really can't sing, so I decided to do only shows where I'd be just a dancer. I also looked to the future. There had to be something when I stopped dancing, so I became an assistant choreographer for people like Paula Abdul, Debbie Allen, Rob Marshall, Jerry Mitchell and Michael Peters. I knew choreography would be my next step.

You came back to Canada at this point.

So I could learn the craft of choreography without the pressures of New York or L.A. I worked on the Stratford Festival productions of West Side Story and The Sound of Music, Swingstep in Toronto and a lot of big industrials. Success is to be ready when opportunity comes.

The show never made it to Broadway, but my choreography got noticed. That was the beginning of everything. Meeting up with Des McAnuff and being asked to work on Jersey Boys was another big step. He was turned on by the fact that I had choreographed at the Stratford Festival.

What is the philosophy behind your choreography?

I support the storytelling. I create a vocabulary that is specific to the world of the show, how that show moves. That's why I have no signature. I never repeat steps from one show to the next.

And now you're turning to both directing and producing.

I'll still choreograph for directors I admire like Des McAnuff, Gary Griffin and Michael Greif, but I'm ready to move on. Some of my properties in development are a show with Oscar-winning composer Gustavo Santaolalla, a musical version of Flashdance and Leap of Faith based on the Steve Martin movie. My partner Jack and I are producing a show on the life of Michael Llewelyn Davies, the boy who inspired Peter Pan.

How do you keep all these balls in the air?

I like to multitask and I handle stress well. I joke that I become neurotic when I'm in downtime.

Memphis runs at the Toronto Centre for the Arts until Dec. 24. 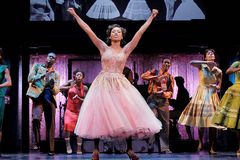 Will Flashdance step through Toronto on its way to Broadway?
December 15, 2011 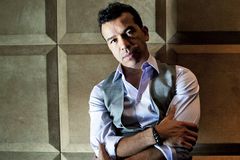