It's a Friday night at the Theatre Centre BMO Incubator in Toronto. The sold-out crowd of 55 has risen to give a standing ovation to the premiere performance of Unbelievers, a SummerWorks Festival play chronicling the lives of two women captured by the Islamic State: Sanaa, a Yazidi woman and Orli, a Canadian conflict journalist.

Unbeknownst to the audience, Nadia Murad, a 22-year-old Yazidi woman who was captured by IS in 2014 and escaped three months later, is sitting in the back row, having spent the past hour watching a story with which she is all too familiar. Next to Murad sits Hannah Rittner, a Canadian playwright and Murad's good friend, despite their differing backgrounds and native tongues.

The play – which deals with a number of difficult issues including rape, abduction and suicide – could be graphic, but Rittner's work is subtle. Sanaa and Orli are alone on the stage for the vast majority of the production, and they interact in a simple, bare space. Yet their dialogue and actions vividly convey the horror, brutality and senselessness of their situation. The Yazidis, a religious group whose faith combines elements of Christianity, Zoroastrianism and Islam, have been targeted by IS forces in Iraq and Syria over the past few years.

"If it's as unintellectual as possible and about the emotional urgency, we will stop distancing ourselves from it in an intellectual way," Rittner says. "What theatre does is it gives you the opportunity to not be able to escape whatever reality you're given, and to me that was the most immediate way at this point to tell this story."

Rittner was also specific in her choice of characters. By portraying not only a Yazidi woman in captivity but also a Western woman, she believes it addresses "the privileges and the complications that arise when fresh trauma and old trauma come together."

With thousands of Yazidi women still in captivity, Rittner says it was important to have a Canadian journalist in the play, who Sanaa calls out ("By the time your world had started to care, the worst had already happened") just as Murad has called out the West to act and to help. "I think we need to recognize the worst has already happened," Rittner says. "But I think we can take action."

Rittner met Murad last month in Ottawa, after Rittner wrote a cold letter asking for research assistance to Yazda, a non-profit organization assisting the Yazidi population following the mass murders and abductions by the Islamic State. After receiving guidance from Rozin Hanjool, the Women's Affairs Manager of Yazda, on how to produce the play with cultural sensitivity and impact, Rittner was asked to join Murad in Ottawa while she gave her testimony to the Canadian House of Commons Standing Committee on Citizenship and Immigration.

The two quickly became friends, and while they bonded over "the sad stuff," as Rittner herself is a victim of sexual violence, the playwright spoke fondly of lighter times including a night filled with WhatsApp conversations through the universal language of emojis. This friendship, and hearing about Murad's experiences, informed the play. The character of Sanaa was created through a variety of testimonies, including Murad's.

Murad grew up in Kocho, a village in northern Iraq, and was there on August 15, 2014, when IS forces descended on her community. They separated the men and women, killing the majority of the men, including six of her brothers, while Murad watched from the second storey of the school. The women, including Murad, were taken hostage and enslaved, entering the nightmarish sexual-trafficking world IS has fostered.

"It's been two years. We have no brothers, we have no fathers, no mothers, no sisters. I feel like those people that were taken to Syria, they don't have anyone. I want the people of Canada to notice them," Murad says through Hanjool, who acts as translator. "We looked to the world. We had our eyes on someone to help us and no one came so we had to watch our men die and watch them take our mothers."

Three months after her abduction, Murad escaped. Since then, she has lived in Germany while working to educate the world on the massacre of the Yazidi people and the continued need for help for those still being held captive. Earlier this year, she was nominated for a Nobel Peace Prize and she spoke to the UN Security Council at its first session on human trafficking in December, 2015. She knows that anything could help her cause, including art.

"I think this play's very important because the people of Canada will know what happened to us," she says.

The play, along with Murad's and Yazda's work to raise awareness of the struggles of the Yazidi community, have built a momentum, Rittner says. And she hopes it will continue.

"It's about generating this momentum both emotionally through the theatre piece, people feeling what they need to feel, and then in conjunction with the work that Rozin and Nadia and Yazda all do, it feels very synchronistic," the playwright says. "It's been kind of wild how synchronistic everything has been. I did not expect it to go this way. This is beyond my wildest dreams already and I can't wait to see what we can do with it moving forward."

Following the play, perched on an armchair in a small Toronto apartment, Murad says watching the performance wasn't "unusual," adding "everything that happened in that play was really close to what happened to me and to what's happening to Yazidi girls now." Despite this, Murad avoids eye contact when not being addressed, and her body language hints at incomprehensible sadness.

The Unbelievers runs until Aug. 14 at Summerworks. 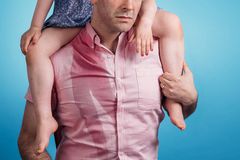