Stop up the Shakespeare. Actually, cease and desist with the deceased playwrights altogether. Fall is here and it’s time for all serious theatregoers to head out in search of the new and the nearly new.

Contemporary-theatre companies in the cities across Canada have woken up from their summer slumber – and hopes seem higher than usual for what they have in store this autumn. As the season heads into high gear, here are the shows that seem most worth seeing across the country.

The resurgence of musical-theatre creation in Canada is the major story right now. Sizable shows written by a bumper crop of talented new lyricists and composers are finally finding places to get produced – as Canadian artistic directors belatedly realize that there’s an audience appetite for more than another revival of Guys and Dolls or the latest Broadway-branded tuner.

Come from Away – set in Gander on Sept. 11, 2001, when 38 airliners landed unexpectedly in the small Newfoundland town – is the musical we’ll be talking about all season long, Canada’s first serious Tony Award contender since The Drowsy Chaperone.

Created by Torontonians Irene Sankoff and David Hein, the show’s already received raves in Los Angeles, Seattle and Washington and has a berth reserved on Broadway as of February. Thanks to Mirvish Productions, the musical will be seen in Toronto at the Royal Alexandra (Nov. 15 to Jan. 8) before New York. Best of all, Gander residents will also get a chance to see their story on stage when the cast flies out for two special concert performances (Oct. 29). 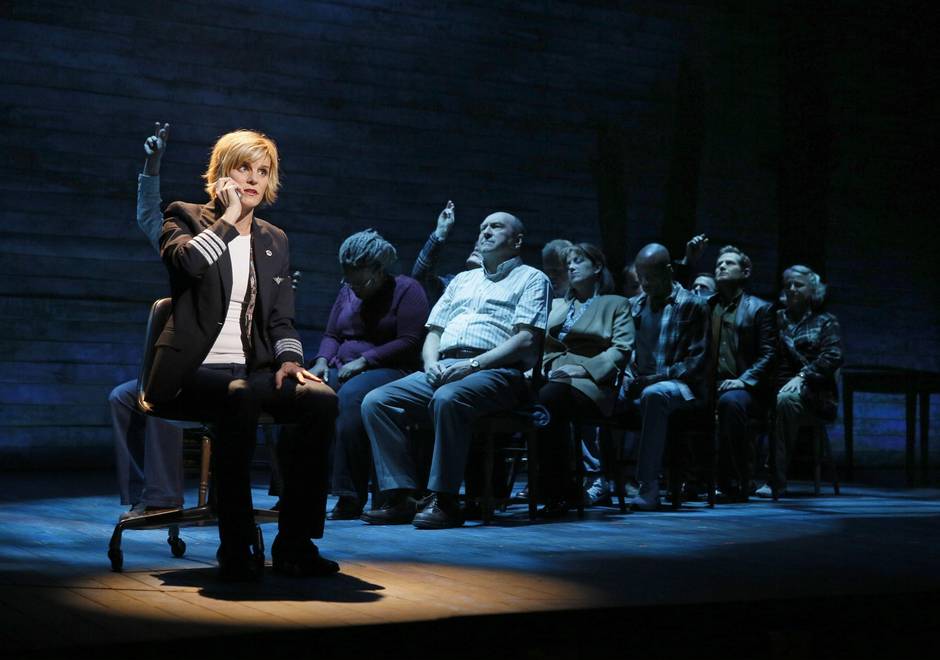 Come from Away, a musical set in Gander, is a serious Tony Awards contender.

That’s not the only uplifting, real-life Canadian story getting the musical treatment this fall, either. Terry Fox’s heroic 1980 journey across the country for cancer research will be told with song in John Connolly’s Marathon of Hope: The Musical, at St. Jacobs Country Playhouse in Waterloo, Ont. (Oct. 5 to 30).

Meanwhile, Prom Queen: The Musical will retell the story of Marc Hall – the small-town teenager who took his school board to court so he could take his boyfriend to prom. Penned by up-and-coming composer-lyricist duo Akiva Romer-Segal and Colleen Dauncey, this promising show’s premiere comes in Montreal at the Segal Centre (Oct. 27 to Nov. 20).

The Charlottetown Festival has reinvigorated its commitment to new Canadian musicals under the artistic directorship of Broadway and Mirvish vet Adam Brazier – and, even better, is making sure to take its successful shows out of Prince Edward Island. After bringing Ted Dykstra’s Evangeline to Edmonton last season, it’s now touring Bittergirl, a doo-wop jukebox musical about “getting over getting dumped,” to Edmonton’s Citadel Theatre (Oct. 4 to Nov. 6), before heading to Winnipeg and Vancouver in the new year.

In Toronto, meanwhile, Chasse-Gallerie – a ribald, female-focused retelling of the French-Canadian legend about a flying canoe and a deal with the devil – gets a new lease on life at the Young Centre in the Distillery District (Nov. 12 to 26). Nice to see this riotous, self-produced Storefront Theatre holiday hit, with toe-tapping songs by James Smith, reach a larger audience after signing a deal with Soulpepper. 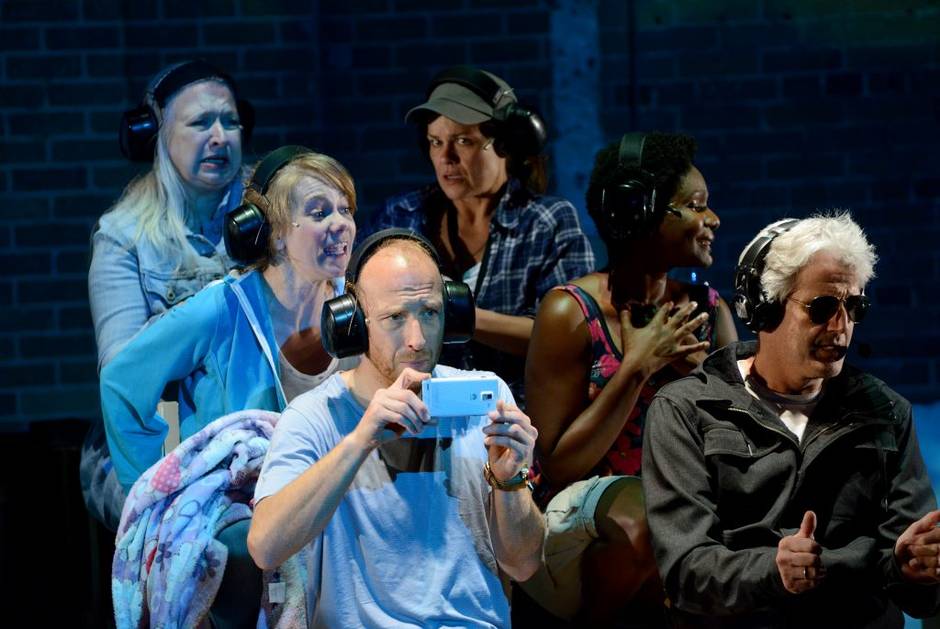 The return of sure things

Remounts and tours of recent acclaimed Canadian plays abound this fall – and they’re as close as you can get to a sure thing in the drama department.

My colleague Martin Morrow gave the environmentally themed show four stars when it premiered during the Pan Am Games last year – and, having finally seen director Chris Abraham’s wry, sprawling production earlier this week at Tarragon, I approve that message. Soutar’s play explores not just the former Conservative government’s so-called War on Science, but how political polarization and money makes it hard for all Canadians – from artists to scientists – to talk about the environment. It heads next to Montreal’s Centaur Theatre (Nov. 8 to Dec. 4) and additional stops in Winnipeg, Calgary and Richmond, B.C., are scheduled for the spring. 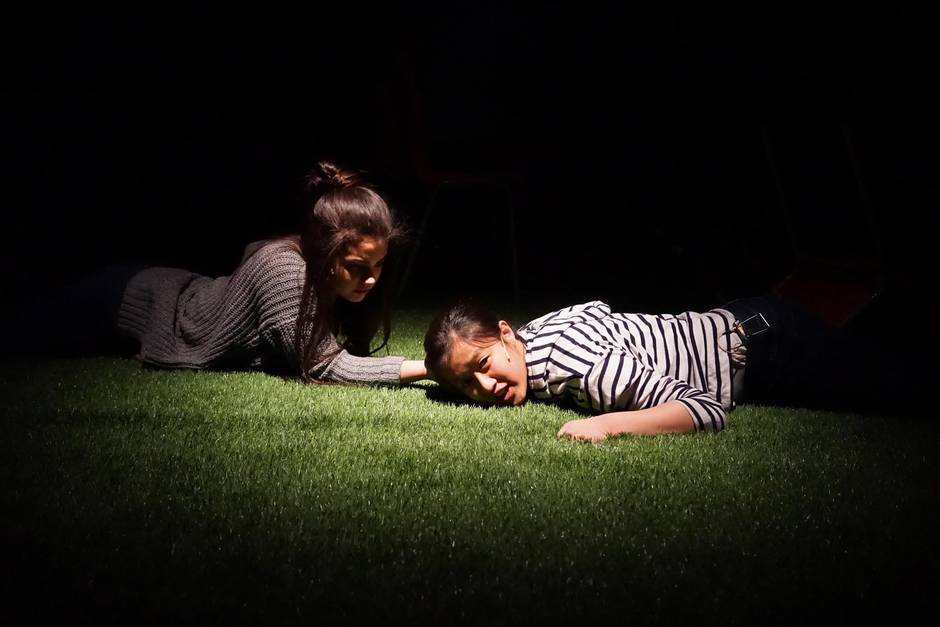 Concord Floral is getting a second run in Toronto, running until Oct. 16.

Concord Floral, Jordan Tannahill’s spooky suburban legend about teenagers (and starring teenagers), also got a four-star review when it premiered at the Theatre Centre in 2014. Happily, Canadian Stage has brought it back to Toronto (to Oct. 16) for a second look – original directors Erin Brubacher and Cara Spooner remounting it on the Bluma Appel stage with young cast members they’ve worked in productions with across the country.

Empire of the Son, former CBC host Tetsuro Shigematsu’s innovative solo show about his relationship with his father, had a sell-out run at the Vancouver Asian Canadian Theatre last year. It’ll reach a larger audience at the Cultch in Vancouver (Nov. 1 to 13), then the National Arts Centre in Ottawa (Nov. 22 to Dec. 3) before heading to Toronto’s Factory Theatre in the new year.

Tours and remounts are great. But it’s always particularly encouraging to see second productions of Canadian scripts, too – playwrights being treated a little less like disposable razors. This fall, Brothel #9, Anusree Roy’s fearless 2011 Governor-General’s Award-nominated play exploring sex slavery in India, gets a well-deserved revival at the Cultch (Nov. 17 to 27) in Vancouver, while The Circle, Geoffrey Simon Brown’s poetic play about a high-school garage party and a bong named Trudeau, gets a second chance at Toronto’s Tarragon Theatre, directed by Peter Pasyk (Oct. 18 to Nov. 27). 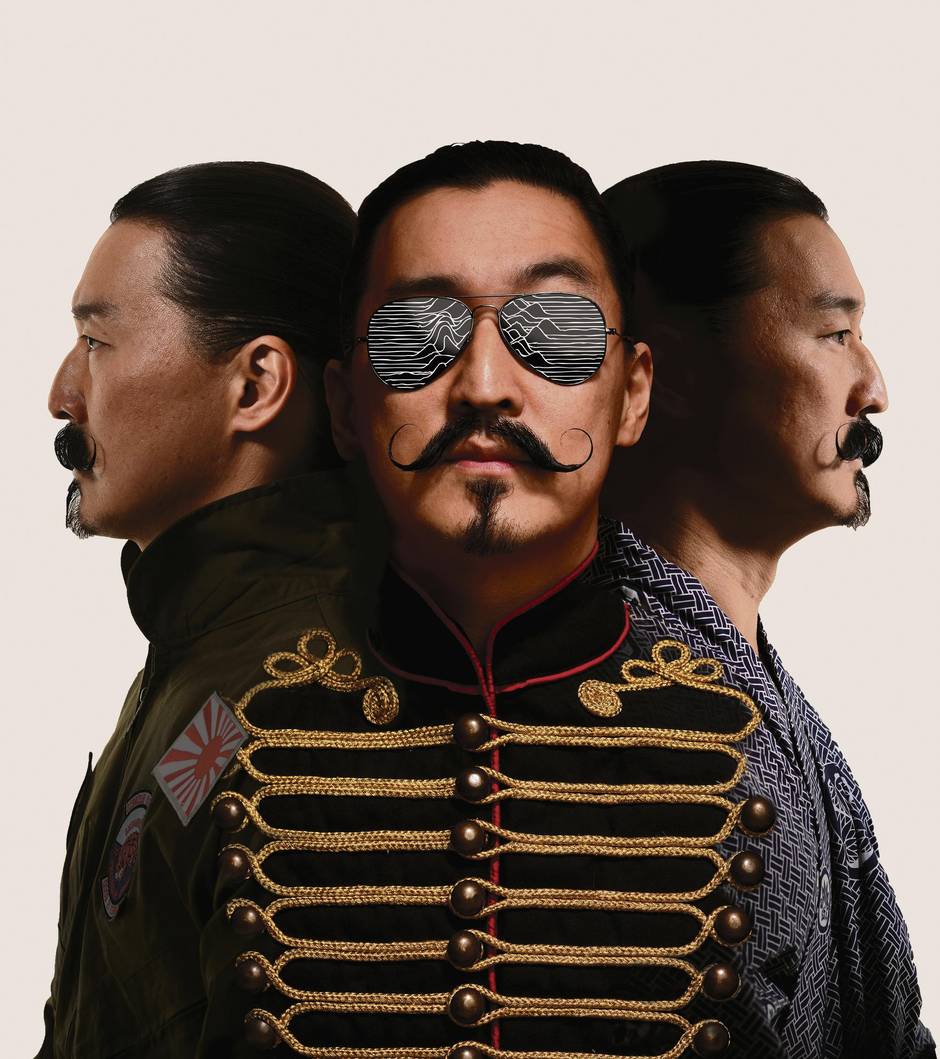 Empire of the Son is Tetsuro Shigematsu’s innovative solo show about his relationship with his father.

And Beautiful Man, Erin Shields’s entertainingly provocative SummerWorks satire about the way women characters and actors get treated on prestige television series like Game of Thrones, will get back the soapbox in a new production directed by Ardith Boxall at Theatre Projects Manitoba (Nov. 17 to 27).

The new from abroad

South of the border, there’s a real debate under way about whether we are in the middle of a golden age of American playwriting – and neo-naturalist playwright Annie Baker is one of the names brought into that discussion the most.

The Flick, Baker’s small-scale, big-impact Pulitzer Prize-winning play about the underpaid ushers at a movie theatre, is currently getting its first major Canadian production at the Arts Club in Vancouver (until Oct. 29), directed by Dean Paul Gibson. Jesse Reid, who was wonderful in the play’s under-the-radar Canadian premiere in Victoria, reprises the role of Avery – a twentysomething film buff who bemoans the end of 35mm projection. 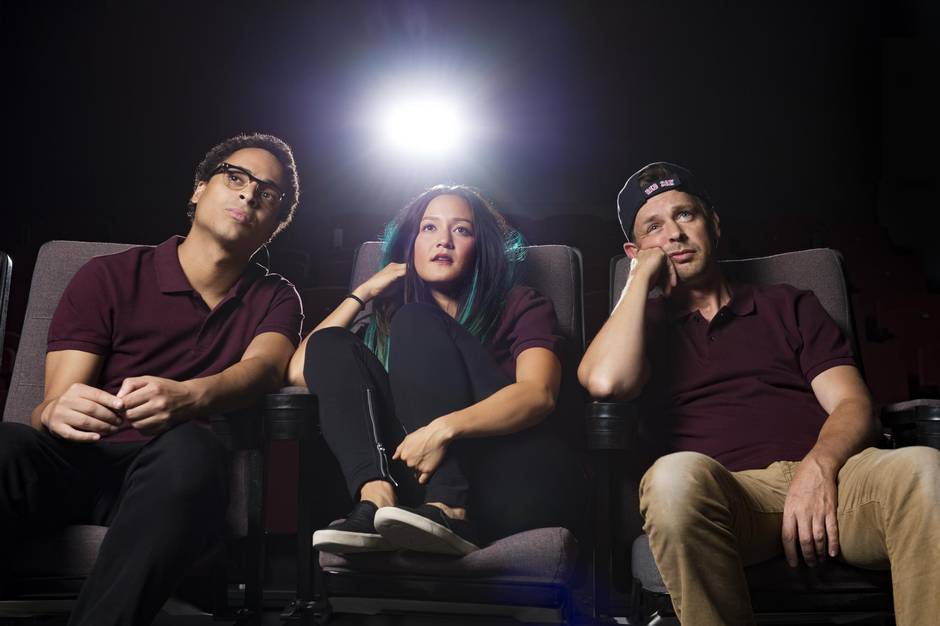 The flick, a Pulitzer Prize-winning play about underpaid ushers at a movie theatre,is getting its first major Canadian production at the Arts Club in Vancouver.

Not far away, at the Gateway Theatre in Richmond, B.C., artistic director Jovanni Sy isn’t just producing a hot new American play, but getting the jump on one. He’s somehow landed the first professional production of the up-and-coming Lauren Yee’s latest, King of the Yees (Oct. 13 to 22) – a metatheatrical romp that sees the playwright search for her father when he goes missing in San Francisco’s Chinatown – ahead of Chicago’s illustrious Goodman Theatre, which commissioned the play and has its official “world premiere” next year.

Here’s hoping we see more of the much-talked-about American work east of Vancouver soon – but to end, I’ve got to plug one revival of an older international play. Director Philip Akin’s moving, maddening production of South African playwright Athol Fugard’s apartheid memory play, “Master Harold” … and the Boys deserves to sell out in Toronto as it did at the Shaw Festival this summer. The four-star show makes a brief reappearance at the Toronto Centre for the Arts (Oct. 8 to 23) through its co-producer, Obsidian Theatre; well worth a Torontonian’s time – and now on a subway line.