In the minds of most theatregoers, Henrik Ibsen is the creator of famous heroines who choose to leave in the final scene.

There's Nora, naturally, slamming the door behind her as she abandons her patronizing husband, and her children too, in the 1879 classic A Doll's House.

And then there's Hedda Gabler, who checks out in another sense – shooting herself with her father's pistol rather than submit to the power of Judge Brack in the 1891 play named after her.

In between these two iconic characters, however, the great Norwegian playwright invented an equally compelling, but entirely different heroine: Ellida, a woman who chooses to stay.

She is the titular character of The Lady from the Sea, a lesser-known 1888 drama by Ibsen, currently in previews at the Shaw Festival and opening May 15.

But, as the women from the Shaw who are working on the production have discovered, Ellida's choice may be as shocking to audiences today as Nora and Hedda's were in their time.

"The most difficult part for me to work through was to figure out how in the end she stays," says playwright Erin Shields, winner of the Governor-General's Award for If We Were Birds, who has written the new version of Ibsen's play the Shaw Festival is presenting. "Controversially, this play makes an argument for marriage – and how hard it is."

While A Doll's House remains Ibsen's best known play, it has lost its power – or at least its shock value – over the past 136 years, as today's audiences now unambiguously cheer for Nora when she leaves her condescending husband. (Back in the 19th century, the ending was so contentious that Ibsen had to pen an alternate one for its premiere in Germany.)

The Lady from the Sea, however, paints a picture of a more complicated marriage. Ellida, the daughter of a lighthouse keeper, is wed to an older man, the widower Dr. Wangel, with whom she has moved from the sea to a small mountain town to help raise his two girls.

The couple lost a child early on, and their partnership is more kind than passionate. So when a mysterious, handsome sailor who Ellida loved in her youth – he's billed as The Stranger in the lyrical drama – reappears, she is torn between her marital duty and the tidal pull of her old lover.

"When I tell my grandma the outline of the story, she says, 'Oh, she should have gone with that Stranger,'"says Meg Roe, the in-demand theatre artist from British Columbia who is directing the play.

Roe refers to a recent TED Talk sex therapist Esther Perel gave in Vancouver as an example of just how far attitudes have shifted since The Lady from the Sea's premiere. "Divorce used to carry all the shame," said Perel, the author of the upcoming book A State of Affairs: Cheating in the Age of Transparency. "Today, staying when you can leave is the new shame."

Perel is part of a wave of current writers, such as sex columnist Dan Savage, exploring how monogamy can survive by evolving to be more open, so the choice doesn't have to be between the two dramatic conclusions to troubled marriage most commonly seen in theatres since Ibsen pioneered realism on the stage – partners who leave or who stay resentfully.

Those are the unpleasant choices Ellida is seemingly faced with in The Lady from the Sea – but, in the end, Wangel manages to keep his wife tied to him by setting her free.

Perhaps Ibsen can't exactly be enlisted as an early proponent of what Savage has termed "monogamish," but as British director Stephen Unwin, who recently revived the play in Britain has suggested: The Lady from the Sea "provides an answer to the challenge that he set earlier in A Doll's House: Under certain conditions of absolute honesty, where free will is respected, happiness in marriage is possible."

Though Shields has been working on The Lady from the Sea for several years, she recently found herself relating to the main character in a new way – as, like Ellida, she moved for her husband, to Montreal from Toronto seven months ago. (Gideon Arthurs, with whom Shields has two children, is the new chief executive officer of the National Theatre School.) "It's a challenge for both of us to figure out how we negotiate that with our relationship, our family and our careers – it's work you have to do."

Likewise, Roe finds The Lady from the Sea's ideas about partnership, freedom and choice resonant with how she and her friends talk about relationships. "There are some social structures that have changed since Ibsen's time, but the emotional structure has remained consistent," says Roe, who has been with her partner, The Lady from the Sea's sound designer Alessandro Juliani, for a dozen years – and has a daughter, and twins on the way, with him. (She quotes Ellida's words from the play to explain why they've not wed: "A promise given freely is just as binding as any marriage.")

Dramas tend to portray marriages that break up because the form thrives on conflict – but what makes The Lady from the Sea more than simply a love story is the debate over whether Ellida has really made the right choice.

At the Shaw Festival, Moya O'Connell is matched with Ric Reid, who is quite a bit older than her, as Ellida and Wangel. They don't look like an obvious couple, but, as Roe says, that's the beauty of the casting. "If people walk out of the story with mixed feelings about it, or more questions than answers about it, then we've been successful," she says.

In real life, O'Connell is actually married to a rock 'n' roll character closer to The Stranger than Dr. Wangel – Stars front man Torquil Campbell. "He's still pretty wild – I like that, I guess," O'Connell says. "I was drawn to it like Ellida and I decided to stick with it." What The Lady from the Sea has in common with other Ibsen plays, such as A Doll's House, is what the playwright's earliest British champion Edmund Gosse called the "emphatic defence of individuality and the imperative necessity of developing it." But O'Connell, who previously played Hedda at the Shaw Festival, is interested in how the play tries to square that with one's responsibilities to others.

"It's so fascinating to see this yearning for self-actualisation, self-realisation, the duty to ourselves rather than the one's around us," O'Connell says. "But that's dangerous to the people around you. … I love the ideas of this play: How does anyone learn to share your life with another person, or a family or a community?"

Perhaps, Ibsen argues in The Lady from the Sea, by opening doors, instead of slamming them.

The Lady from the Sea runs to September 13 at the Shaw Festival. For full season details, visit www.shawfest.com. 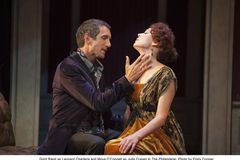 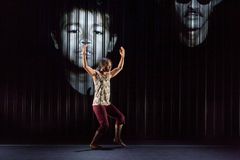 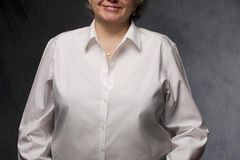