Confession: I have some big hopes set on Robert Binet.

It seems that someone forgot to tell the 25-year-old choreographer that, in Toronto, the precepts of modern dance and classical technique aren’t supposed to mix – that modern dancers collaborate while ballerinas defer, and that ballet works best trapped behind a proscenium arch on a clean, sprung floor. His ignorance is more than blissful; it’s changing a form that’s overdue for change.

Binet’s The Dreamers Ever Leave You opens at the Art Gallery of Ontario on Aug. 31 in conjunction with the exhibition The Idea of North: The Paintings of Lawren Harris. It’s the National Ballet of Canada’s first work of the season and the company’s first-ever immersive ballet. Of course, site-specific work in the contemporary dance world has been around since the beginning of the last century (cue Isadora Duncan, windswept in the backyard of her school in Grunewald, Germany). But ballet, for all kinds of practical, commercial and aesthetic reasons, has stayed in traditional theatres, which has meant that changes in “setting” come largely from dressing and undressing the stage.

These days, on the British and Canadian fronts, there’s been a trend to dress in excess, with stagecraft-heavy ballets from choreographers Christopher Wheeldon, Liam Scarlett, Guillaume Côté and Will Tuckett, whose Pinocchio will have its world premiere with the National in March, 2017. 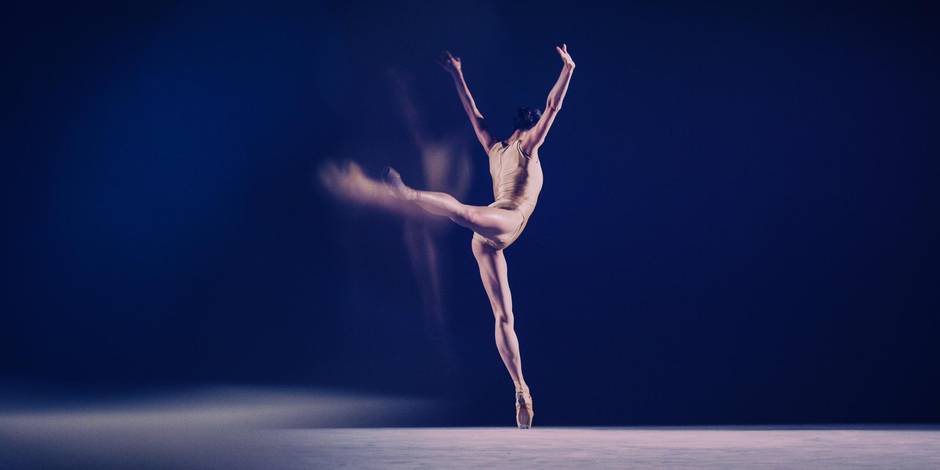 Rui Huang in The Dreamers Ever Leave You. The show is the National Ballet of Canada’s first-ever immersive ballet. (Ryan Enn Hughes and Dylan Tedaldi)

But the Toronto-born Binet is up to something different – both in content and form – and being an eloquent and expressive speaker, he can explain it all persuasively. At the TEDx talks in Toronto last October, introducing his new work Orpheus Becomes Eurydice, Binet gave a killer speech on what he wants the ballet of his generation to look like: non-hierarchical, non-heteronormative and non-subscribing to gender stereotypes.

Last year, his short ballet The Blue of Distance premiered at New York City’s Ballet Fall Gala and was noted by critics for its poetic inventiveness. This year, he’s pushing his mandate further, taking ballet out of a traditional setting while affording his dancers some real autonomy in an industry that typically demands acquiescence.

“There’s a beautiful quote I think about often: ‘I think maybe the future of dance is not a single person bossing people around until he or she dies,’” Binet tells me via phone in Toronto. The source is the renegade New York choreographer Elizabeth Streb, who is notorious for subjecting her dancers to dangerous leaps and falls (in 2007, one of these dancers crushed a vertebra while performing). Thankfully, it’s not the danger that Binet’s drawn to, so much as the devolution of power and the idea of contingency and risk. 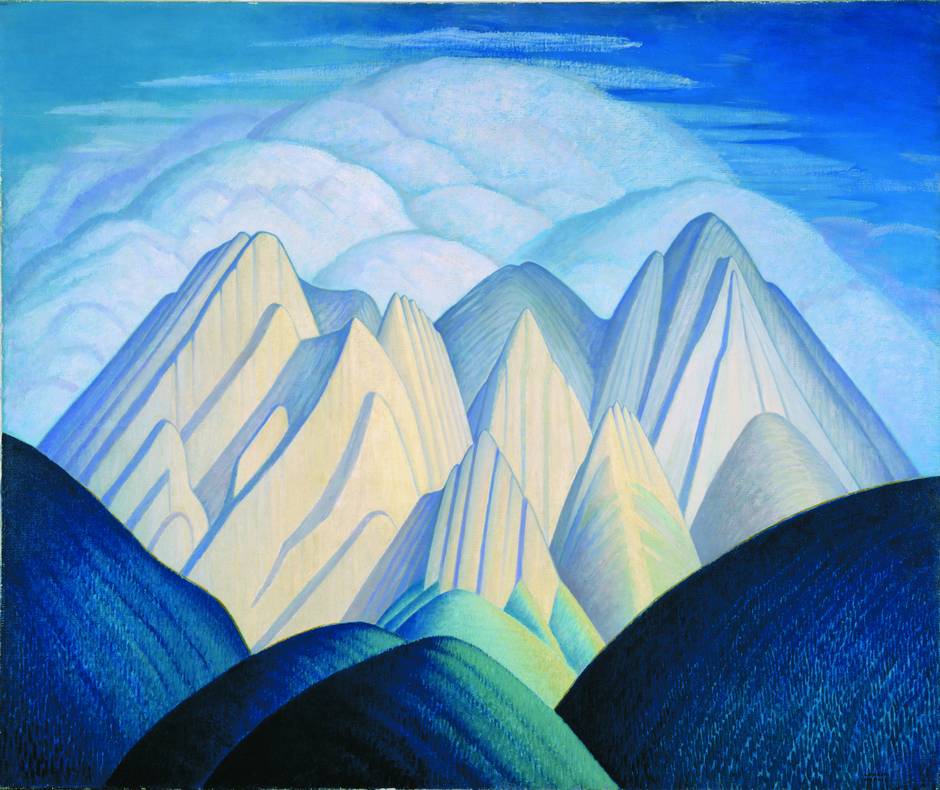 The Dreamers Ever Leave You will be performed on three stages in the AGO’s Signy Eaton Gallery in conjunction with the exhibition The Idea of North: The Paintings of Lawren Harris. (Lawren S. Harris Untitled/Collection of the Mendel Art Gallery, Gift of the Mendel Family, 1965 © 2016 Estate of Lawren S. Harris)

In The Dreamers Ever Leave You, which will be performed on three stages in the AGO’s Signy Eaton Gallery, the dancers take cues not from the music – which will be played live by composer Lubomyr Melnyk in a style called “continuous piano” – but from each other. With a little uncertainty introduced at the basic level of timing, the dancers will be able do new things with pacing, rhythm and intensity at every performance. The lighting will also be loosely set, with designer Simon Rossiter responding to new stimuli on the stages and in the room. The idea is to create a butterfly effect redolent of nature itself, with the audience free to wander around the room and stages at will.

“I wanted to create an ecosystem, but between dancers and music and light, so that they’re constantly responding to each other and realigning,” Binet tells me. “I won’t pretend that it’s easy. As a choreographer, I’m used to final say and control – getting it a certain way you like and keeping it that way. But I want to believe that there are more ways that I might like it.”

The genesis for the new ballet came from an apprenticeship under choreographer Wayne McGregor at the Royal Ballet in 2012. (It’s a mentorship that makes a lot of sense; McGregor has done his own part in shaking up the ballet establishment this past decade, making work steeped in modern influence, and often looking feral and non-conformist). Binet was given carte blanche to create a new piece and, feeling homesick, he found himself thinking of dramatic Canadian landscapes and the artists who’ve immortalized them. He ended up creating a solo inspired by the work of Lawren Harris. 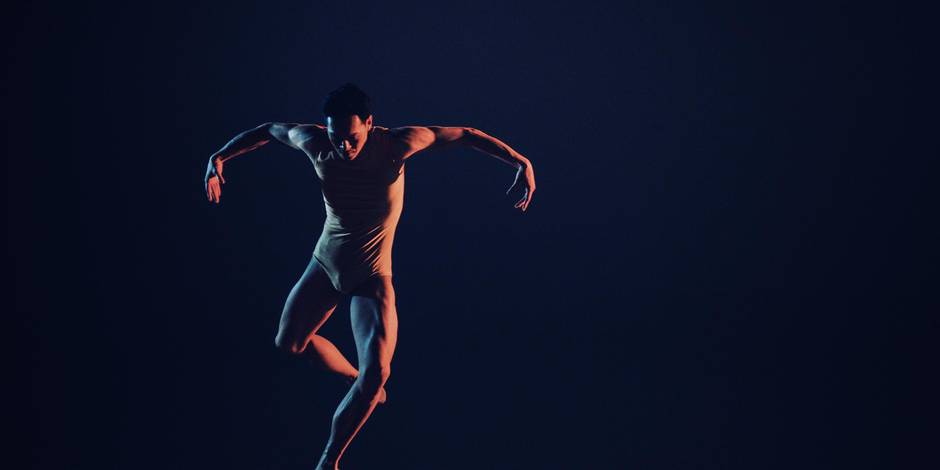 Naoya Ebe is seen in The Dreamers Ever Leave You. 'I wanted to create an ecosystem, but between dancers and music and light, so that they’re constantly responding to each other and realigning,' choreographer Robert Binet says. (Ryan Enn Hughes and Dylan Tedaldi)

“Harris knew how to capture glorious and resonant moments when it came to light and nature. The way he uses light to give movement to forms that are inanimate is really fascinating to me. There’s a non-human quality of movement in his paintings and a very potent emotional content.”

Binet didn’t anticipate the project going much further until he joined the National Ballet as choreographic associate in 2014 and showed a video of the solo to Karen Kain. She loved the work and when they approached then-AGO director Matthew Teitelbaum, the timing was ideal with the Harris exhibition slated for 2016. So Binet began a long process of developing the original solo into a 2-1/2-hour ballet for 13 dancers. (Interestingly, when the Harris exhibition was at Boston’s Museum of Fine Arts – where Teitelbaum is now the director – this past spring, Binet’s original 2012 solo was performed inside the gallery.)

Dreamers isn’t Binet’s first experiment with immersive ballet. This year, he founded his own ballet company, Wild Space, whose mandate is to put his new philosophy of dance into action, melding collaboration and non-traditional settings with progressive values on identity, power and gender. He’s just returned from a month in Suffolk, England, where the company debuted its first work, Terra Incognito, a ballet about human relationships in an era of climate change, performed on-site at an 11th-century Benedictine priory. 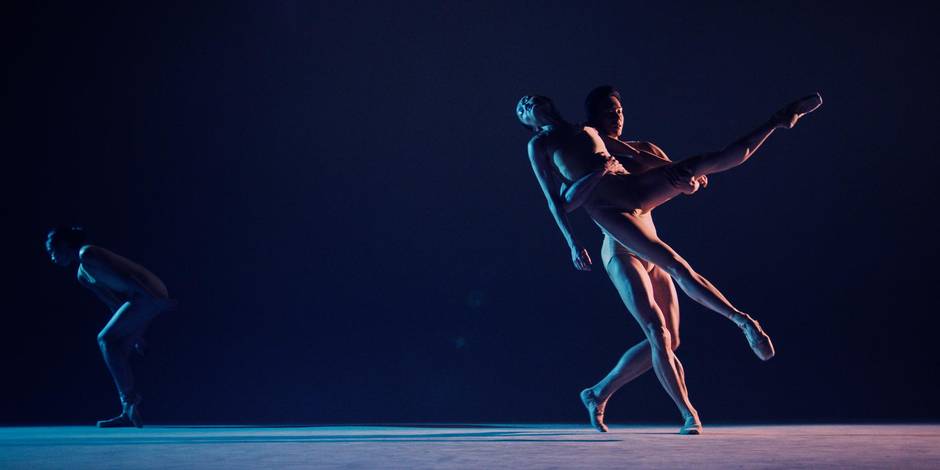 Choreographer Binet wants to create flexible experiences with ballet to allow people to consume it how they want. (Ryan Enn Hughes and Dylan Tedaldi)

Concept and text were written by Toronto-playwright Rosamund Small, and the ballet was performed by young dancers from some of the best European companies. Over the course of the next year, Terra Incognito will go on tour to London, Copenhagen, Amsterdam and Toronto, finding an unlikely off-site performance space in each new location.

Emma Hawes is a second soloist with the National Ballet and a frequent collaborator with Binet; she performed in Orpheus at TEDx Toronto, danced the central role in Terra Incognito and is cast in Dreamers, so she’s well accustomed to his unconventional way of working. “The biggest thing is that his ballets are so emotionally driven. When you’re coming from that place, it’s really personal, so he trusts his dancers’ instincts,” she explains.

First soloist Skylar Campbell says the added autonomy is both exhilarating and nerve-racking. “It’s a completely new way to work and I love that Rob is giving us a chance to do something like this. He’s quite amazing to work with because of his intentions; he really knows what he wants. His movement is … I don’t want to use the word awkward, but it’s challenging. And it’s fun to work on stuff that’s challenging.” 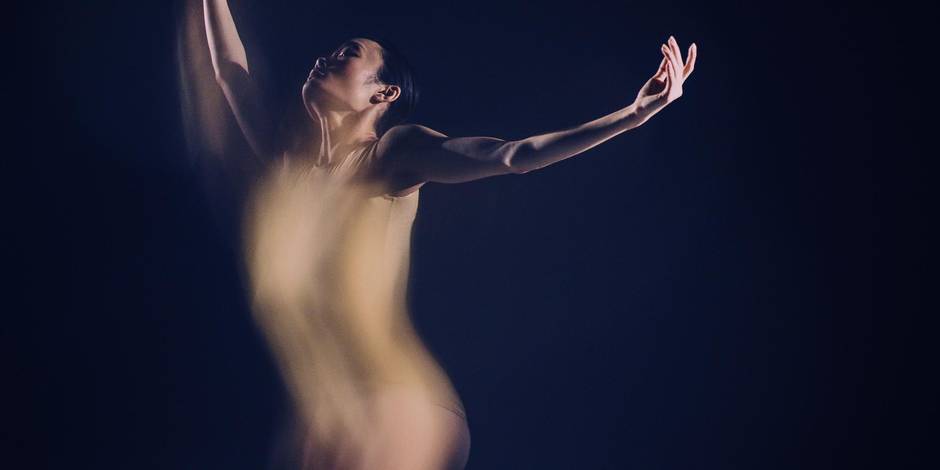 For Binet, a reinvented approach to ballet-making is the only way forward in a medium whose progress is often stalled by a perceived need to appeal to mainstream tastes. “Being accessible is not just about changing the content to be more accessible, but changing the form,” he says. “I really think it’s important to create flexible experiences with ballet because people nowadays consume media when and how it suits them. And for some people to commit three hours to the theatre can be really overwhelming. So to let people stand where they want, and see it how they want, and stay as long as they want and follow the performers they want, I think it will hopefully be really engaging.”

The Dreamers Ever Leave You is performed at Signy Eaton Gallery in Toronto’s Art Gallery of Ontario from Aug. 31 to Sept. 10 (ago.net).