If I can draw any conclusions from Toronto's year in dance, I'd say that inventive work on secondary stages delivered more than any large-scale, expensive hedging of bets. But there were heartening surprises. You'll find the newest and oldest works in the National Ballet's repertoire among my top 10, both beautiful revelations for me. Then Matthew Jocelyn has remained committed to programming serious and ambitious dance at Canadian Stage. And Mark Hammond keeps giving us first-rate international offerings at the Sony Centre – not least of which has been the hugely successful (and affordable: $15 a seat) Fall for Dance North festival.

When anyone tries to tell me there's no audience for contemporary mixed programs, I relate the time I heard a sold-out Sony Centre (3,000 people) holler and cheer for new choreography like they were swigging beer at the ball game – three nights in a row. The problem with contemporary programming isn't the lack of an audience; it's the price of the tickets.

It goes without saying that Toronto has a world-class ballet company and an excellent, nearly 50-year-old modern-dance company (Toronto Dance Theatre). But, with the exception of ProArteDanza and Coleman Lemieux & Company, there's nothing Toronto-made on my list this year that falls on the spectrum in between. I think this is the upshot of a stubbornness from both camps: a ballet company determined to please its audience and a contemporary-dance community determined to please itself – and then zero collaboration between them.

The classical/contemporary rift in this city has us looking increasingly parochial, and not just from the distance of dance meccas such as New York, Tel Aviv and Brussels, but from Vancouver and Montreal. So one wish for 2017: more collaboration in Toronto.

1. A Picture of You Falling – Crystal Pite, Fall for Dance North, the Sony Centre

British Columbia-born Pite topped my list last year with her staggering Betroffenheit. This year, Toronto audiences finally got to see her Olivier Award-winning duet about the end of a relationship. Pite's ability to conjure despair is like sorcery to me, as is the way her movement seems to extend so far beyond the dramatic moment it exists in. When dancer Anne Plamondon spins away from her lover (Peter Chu), it's as though we can see the effects of that turn rippling through time.

2. The Dreamers Ever Leave You – Robert Binet, the National Ballet/Art Gallery of Ontario

Binet is innovating from inside a classical lexicon and has an architectural instinct for lines and lifts. I think that's partially what made his immersive work at the AGO, set to the mellifluous piano of Lubomyr Melnyk, so special. Dreamers had all the pure, mute, spiritual power of high classicism, but then reimagined with a contemporary interest in fluctuation and proximity. I listened to a woman beside me grab her date and exclaim: "This is SO beautiful." I couldn't have agreed more. There was a sense of forbidden pleasure in getting that close to such sublimity.

Monumental, the 2005 collaboration between Montreal post-rock band Godspeed You! Black Emperor and Vancouver's dance company Holy Body Tattoo got all the hype at Luminato this year. But I was far more impressed with the subtler (and quieter) duet that took place in a nook of the Hearn Generating Station down the hall. A Study on Effort was an intimate meditation on feminine strength and sexuality. Former Batsheva dancer Bobbi Jene Smith explored her body's ability to create tension and give pleasure in gripped poses and yielding sequences of choreography, sometimes naked, sometimes dressed in a slip. GoGwilt alternated between accompanying her on his violin from the sidelines and involving himself directly in the action, playing deconstructions of Bach and von Westhoff alongside his own improvisations.

In fourth place, I've tied two ballets (presented separately) from the National's spring season. Both epitomize their respective eras and were beautifully enlivened by the company. It was a close call between La Sylphide and Giselle, but in the end I opted for the earlier of these Romantic classics because I find it stranger and more magical, and I relished the sensation of being airdropped back to the artform's beginnings. The Four Temperaments is a neoclassical masterpiece, possibly the best of Balanchine's black-and-white ballets, and a vehicle for standout work from several rising company stars.

Toronto Dance Theatre's April show gave us 10 short solos, each a collaboration between a dancer and a local visual artist. The result was an incredibly varied night of subtle, surprising and intelligent work, which ranged from flashy physical comedy to task-based explorations with light to combative, technically rich dancing.

This unclassifiable and mesmerizing duet between a dancer and a sound artist created moving images of suffering and elation I won't soon forget. Most memorable may have been Coleman enraptured in the middle of a simulated rain storm, while the cluttered stage seemed to fall apart around him.

While I found this 2001 work prioritized technical élan (which NDT has in spades) over emotional depth, this changed for me in the final pas de deux. The interlocking couple's sensual use of the floor and their fraught tussling of limbs was so disarmingly intimate that I felt as though I could hear the revolving wall, which held the rest of the piece at a remove, crumble around them.

Campanella's new work was both thematically intelligent and full of exuberantly inventive ensemble work. It also introduced me to soloist Victoria Mehaffey, a petite dancer with formidable technique and a stormy sincerity on stage. She's exactly the kind of artist I'd like to see more of in Toronto.

Company 605, a Vancouver-based collective, was in Toronto for all of one night, but I was impressed with their hour-long Vital Few. The atmospheric, six-dancer piece displayed sophisticated compositional ideas that volleyed between synchronized group work, in which the performers often clumped into a sticky whole, and staggered, weight-bearing choreography, heavy on lunges, flat turns and tilts.

It's not specifically dance, but this deconstructed adaptation of Hamlet, created by a company whose members lived together on a Bolivian hacienda for 20 years, was one of my favourite productions of the year. Bare bones and rich with off-colour humour and Oedipal undertones, the show's writing was as spare and powerful as its visually stunning effects.

To stay relevant, the National Ballet of Canada must eschew tradition and challenge audiences
November 11, 2016 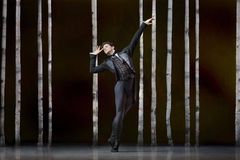 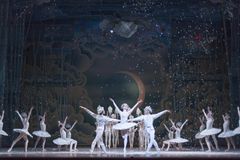