Now, that's some seriously site-specific theatre: The Groundling Theatre Company will remount its sold-out production of The Winter's Tale at the Winter Garden Theatre in Toronto this winter.

Artistic director Graham Abbey is set to announce Tuesday that his upstart Shakespearean theatre company will take over the fittingly named Edwardian theatre for a month starting Jan. 19 – presenting the Dora Award-winning production that launched the small but starry company last year in repertory with a new one of Measure for Measure.

Stratford and Shaw Festival veterans Brent Carver, Michelle Giroux, Tom McCamus and Lucy Peacock are returning for the double bill directed by Abbey, while Karen Robinson and Steven Sutcliffe are joining the ensemble for its next chapter. (Only Robert Persichini will not be back for the remount.)

The Winter Garden sits on top of the Elgin Theatre on Yonge Street – the two former vaudeville houses forming the world's last operating double-decker theatre. Managed by the Ontario Heritage Trust, the space is usually too pricey for local theatre companies to rent.

"We've managed to structure a fairly unique deal with these guys," says Abbey, taking The Globe and Mail on a tour of the underused gem, a kind of theatrical botanical garden with real beech boughs and lanterns suspended from the ceiling. "It reminds me of Bohemia [in The Winter's Tale] here."

Brokered by executive producer Robert Richardson, who regularly works with panto king Ross Petty in the Elgin Theatre below, the discounted deal is due to the unusual staging for the two plays: Both cast and audience will be on the stage.

Though the Winter Garden has 991 seats, the Groundling productions will offer only around 150 seats a performance – 120 sold for $79 or $64 in advance, while around 30 stools around the lip of the stage will be available on the day of the performance for $29. (Exact seating will be determined by the time tickets go on sale on Ticketmaster on Nov. 28.)

Keeping it intimate is the artistic goal of Groundling – which Abbey launched last year with The Winter's Tale at the Coal Mine Theatre, a 100-seat theatre on the Danforth. With actors well known from the Stratford and Shaw Festival, advance tickets quickly sold out before it had opened – and people lined up as early as 4:30 p.m. in the dead of winter to get "groundling" seats on cushions on the floor.

How did Abbey attract the big names to his project? For Tony-winner Carver, Groundling is an opportunity to work with what he calls a "fantastic company" in an "inclusive" rehearsal atmosphere – and be up close and personal with an audience. "The proximity of people, I just think that's quite interesting and certainly illuminating," he says.

"I think we all did it for love – love of Graham, love of each other, love of the play," Peacock adds. "It was one of those no-hesitation things."

In January, Peacock will reprise her Dora-nominated performance as Paulina in The Winter's Tale – and also take on the role of The Duke in the so-called "problem play" Measure for Measure. The part has been transformed into The Duchess for this production – no problem for Peacock, who has previously played a Queen Lear in Colorado and done a fair bit of gender-bending at the Stratford Festival.

McCamus will play the lecherous judge Angelo, while Giroux will take on the part of the nun Isabella who exposes him in a play about abuse of authority and power that Abbey says seems ripped from the headlines in the wake of the Jian Ghomeshi trial. "That denial of women speaking up about assaults … It amazes me it was written 400 years ago."

The Winter’s Tale: Jealousy that can ‘seep into you like a poison’
November 13, 2015 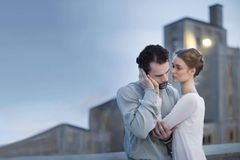 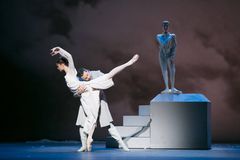 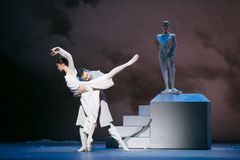