Working in theatre, Stafford Arima has travelled far and wide. But he has lived in only two places: Toronto, where he was born and raised; and New York, home for nearly 20 years. Next month, he will add a third city to his life list. Theatre Calgary has selected Arima to be its new artistic director.

"There is a spirit in Calgary that is very infectious," says Arima, who turns 48 on Tuesday. He has ambitions for Theatre Calgary to be a destination theatre – for companies countrywide and worldwide, and for playwrights. "For it to be a place that authors will want to come to and try out their new works or develop their plays or their musicals and put it on a map on a global level. Because there is an energy and a pulse that is undeniable."

Arima takes over April 3 from Shari Wattling, who became interim artistic director after Dennis Garnhum left to run the Grand Theatre in London, Ont. Arima has big shoes to fill: Over Garnhum's 11-season tenure, the company presented seven world premieres while increasing subscription and single-ticket revenues substantially. But Arima – who, like Garnhum before him, comes to Calgary from New York – has big feet with which to step into the position.

His career highlights include directing the West End premiere of Ragtime, which received eight Olivier Award nominations, including best musical. Off-Broadway, his production of Altar Boyz ran for over 2,000 performances. His 2012 revival of Carrie was nominated for five Drama Desk Awards. He made his Broadway directorial debut in 2015 with the George Takei musical Allegiance, making Arima the first Asian-Canadian to direct a musical on Broadway.

Arima grew up in the Toronto suburb of North York and was introduced to theatre by his mother, an avid theatre fan, during a 1980 trip to Los Angeles. It was a matinee of Evita to which he was dragged kicking and screaming; he would have preferred Disneyland. But there, in the very last row of the balcony, magic unfolded in the dark.

"It completely enraptured me," says Arima during an interview from San Diego, where he is directing Red Velvet at the Old Globe Theatre.

"As soon as the theatre bug bit … you couldn't stop me," he continues. "It was my hobby, my pastime, my passion. It was everything."

His mother fed his passion, sending him to camp at Young People's Theatre in Toronto and taking him to New York to see M. Butterfly, Dreamgirls and even Carrie, a notorious flop that closed after only a few performances. At York University, Arima received the Dean's Prize for Excellence for Creative Work. But his education came largely from riding Toronto transit around town, consuming as much theatre as he could.

"I was this sponge soaking it all up," he says. "And Toronto at that time, there was a lot happening."

While at York, Arima answered an ad for a part-time receptionist at Garth Drabinsky's Livent. One big lie later – he said he was familiar with a phone system he knew nothing about – he got the job, and worked his way up the artistic ladder. When Livent sent Ragtime to Broadway in 1998, Arima went with it – and stayed.

As a freelance director, he has made only one foray into Canada: Jacques Brel Is Alive and Well and Living in Paris at Ontario's Stratford Festival in 2010. Garnhum asked him to direct Cats at Theatre Calgary a few years ago, but schedules couldn't align.

Arima had no artistic-director ambitions, but when he was approached about the Theatre Calgary position, it made sense.

"There was an excitement about the new possibilities that could happen with a transition like this. I'm going to be 50 in a couple of years and there was also a sense of, what's Act Two?"

A dual citizen, Arima is also pleased to be leaving for political reasons.

"Perhaps this isn't, on some level, a bad time to be able to take a break from the United States and be able to experience a government and a country that has at least for me a different understanding of people and people's rights," he says. "Maybe there is a gift in this move as well." 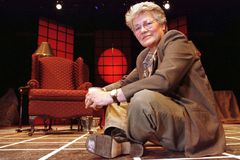 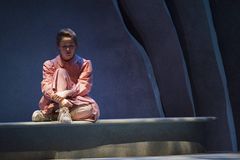