A first-rate cast of soloists propelled the Tafelmusik Baroque Orchestra and Chorus to a rousing, dramatic performance of George Frederick Handel's oratorio, Saul, an immense and generous work, less often performed these days if for nothing else than its scale.

The oratorio, essentially an opera without sets and costumes, was a form Handel more or less invented in the London of the mid-18th century when his opera business began to go south. And although Saul was not his first oratorio, it was the first to become a major hit, paving the way for many others, eventually including the ultra-famous Messiah. Saul is based on a Bible story (as are many of the Handel oratorios), the story in Samuel 1 of the envy and murderous hatred of Israel's King Saul for his protégé, and then rival, David (he of Goliath and the slingshot). It's a remarkably dramatic story (the Bible is full of them), one of sex, jealousy, envy, duplicity, a visit to a witch, love, grief – a great morality tale.

And Handel – great showman as well as great composer – pulled out all the stops, as they say in the baroque organ biz, to make Saul a success. He included a new instrument, basically a set of bells, to represent the celebration of the Israelites for David's military victories (played in this concert by a modern celeste). He added trombones to his orchestra (previously unheard in England), he imported double-sized kettle drums from the Tower of London for the performance, he invented a new kind of organ from which he could both play and conduct. For its time, Saul was a rock-show scale extravaganza as well as a wonderful piece of music.

Two hundred years later, those early innovations are less striking, although that celeste was still a charming and completely unexpected addition to a baroque orchestra, and a harp solo written to represent David's prowess on that instrument still stops the show. But today, Saul succeeds if the drama of the piece is front and centre, if the soloists treat their parts as theatre as much as music.

And that is exactly what happened in Tafelmusik's Saul. Although Koerner Hall was often filled with exquisite pure sound during the piece, this Saul came to life in the dramatic readings of its cast. Daniel Taylor's counter-tenor, clear and focused, provided a perfect rendition of the sweetness and goodness of the Bible's David. Peter Harvey was a mercurial and malevolent Saul. Rufus Muller, with a well-rounded and expansive mid-range, gave us the agony of Jonathan, Saul's son and David's companion, torn between duty to a father and love for a friend. David Roth did an admirable job, stepping out of the Tafelmusik Chorus, to provide several minor characters, each with their own personality.

But the night belonged, I thought, most particularly to the two women soloists, playing Saul's daughters, Merab and Michal, each betrothed to David at one point or another in the story, the first contemptuous of David for his lower-class origins, the second in love with him.

Sherezade Panthaki's Michal was glorious, her clear, crystalline soprano piercing Koerner Hall, making her character come alive in her purity and goodness. But perhaps it was Joanne Lunn, as the "evil" sister, Merab, who most perfectly embodied the dramatic possibilities of Handel's work. With wonderful dynamic control over her fine, soaring voice, Lunn turned her character into a

living, breathing presence every time she took the stage (and even stayed in character several times after she had sat down amongst her fellow soloists, awaiting her next aria, a very nice touch).

Ivars Taurins conducted a passionate and subtle reading of this sprawling oratorio, which changes character with a new musical number about every two minutes in an almost three-hour performance, and his orchestra warmed to the occasion, I thought, as the evening progressed and provided equally dramatic readings to their dramatic soloists. The Tafelmusik Chorus seemed to get a bit swallowed up by the acoustics of Koerner Hall at the beginning of the performance, but readjusted after intermission to provide some of the highlights of the evening, especially the several choruses that end the work with an elegy for the fallen, flawed king of the Israelites. Saul is high musical drama, and in Tafelmusik's hands, that drama was restored to its Biblical proportions in fine form. 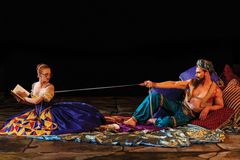 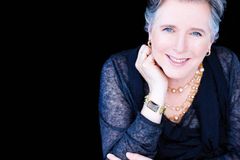 Don’t turn to Rihanna for a hip performance, Tafelmusik has that covered in the classics
March 21, 2013 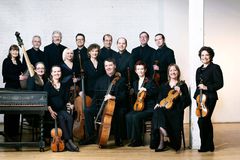