If you think that Ballet Creole is just a dance and drum company, think again. The company's new show, River, is an evening of sophisticated contemporary dance with nary a drum in sight.

Artistic director Patrick Parson sees a river as a metaphor. His explanation is that the company has been in existence for 23 years, and like a river, Ballet Creole will "keep flowing and growing."

Ballet Creole's style is Afro-Caribbean fusion, and the company has made its mark with the vibrant works that involve drumming and dancing. With this show, however, Parson is saying that Ballet Creole can break out of the black ethnic dance category and take its place in the forefront of contemporary dance companies.

River comprises two dance works that have been shown before in truncated form. For this concert, they have been completed. The choreographer's vision behind Parson's Trouchka and Gabby Kamino's Fallen Angels can now be seen in full glory.

Ballets Russes commissioned Stravinsky's score for a ballet to showcase the talents of its brilliant danseur Vaslav Nijinsky. The story involves the unrequited love the puppet Petrushka feels for the puppet Ballerina. She, in turn, is attracted to the Moor puppet. The fourth character is the Charlatan, whom Petrushka hates because he keeps the puppets imprisoned in a toy theatre.

Parson's ambitious Trouchka does not follow the original story. Instead, Parson keeps only the idea of puppets as he gives motion to Stravinsky's music.

The through-line is the stiff, angled, robotic movement associated with puppets. Parson, however, is able to build this choreographic theme into something greater.

The piece begins as the audience is entering the theatre. At first the dancers are warming up in rehearsal clothes. Slowly they begin to appear in costume. A makeup artist paints their faces white, with blobs of rouge on their cheeks.

What Parson has created is a world where puppets live and interact with each other. The seven dancers, three men and four women, have solo moments as well as duets and ensembles. Vignettes emerge that show relationships in this puppet world.

The women perform a graceful waltz together in friendship, and the men show off with high split jumps and other showy tricks. Because of the uneven number of dancers, one woman is always on the outside when couples form, and the audience can feel her sadness.

Parson has captured Stravinsky's score in dance. Every mood change, every dramatic moment, every rhythmic dynamic is accompanied by a corresponding physical motion. In fact, Parson makes the audience really hear the music by defining it in movement.

Kamino has been Ballet Creole's associate choreographer for 15 years, and her Fallen Angels first appeared in 2012.

Kamino is noted for the emotions she pours into her dances, as well as the living sculptures she creates with the dancers' bodies.

Fallen Angels is among her finest works. Her theme is angels who have fallen because they want to be human, but still yearn for the perfection they once enjoyed. Being human is not an easy task, because the human condition is rife with disappointments.

Kamino uses an evocative score by Canadian composer Marjan Mozetich that is centred on the edgy playing of the violin and echoed by the orchestra at large. The music perfectly embraces the anguish that pervades Kamino's dance.

The choreography is built around movement that looks upward to convey the fall of the angels and their longing. In the duets, women are raised on high by the men, only to be brought crashing down to earth. The piece is filled with complicated lifts, with the women tangled around the men.

Fallen Angels is a beautiful dance. The final poignant image of the eight dancers – on their knees, bodies arched back, arms raised in supplication – is a magnificent moment, and the audience rewarded Kamino with a standing ovation.

Ballet Creole continues at the Fleck Dance Theatre until Apr. 6. 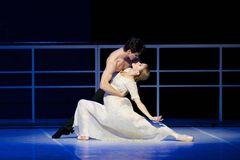 Theatre Review
Ratmansky’s Romeo and Juliet: Everyone will love this National Ballet production
May 11, 2018 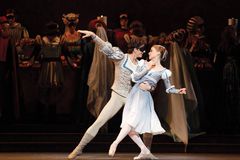 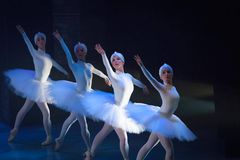