Ah, the CBC! Beleaguered, denigrated, always being compared unfavourably with others. No, I'm not talking about the public broadcaster; I'm referring to "Canadian-born Chinese," whose experiences are chronicled – from the male perspective – in Banana Boys.

When it was first produced in 2004, Banana Boys was a revelation for many non-Asian audience members. Its depiction of what it's like to be "yellow on the outside, white on the inside" made it a landmark work in the budding field of Asian-Canadian theatre. Now, 11 years later, the show's original director, Nina Lee Aquino, has chosen to revisit it as part of her first season as Factory Theatre's sole artistic director.

I confess I didn't see Banana Boys the first time around, when it was staged by Toronto's then-fledgling fu-GEN Asian-Canadian Theatre Company, so I can't say how this version is different. But I can say that, while the play may be significant, it's also flawed.

In fact, its first 10 minutes are so confusing and unengaging that, if it were television instead of theatre, you'd change the channel. There's nothing wrong with an oblique beginning, but it should intrigue, not put you off.

Once some clarity kicks in, what we find is a familiar tale – five university friends struggling with career options, parental expectations and what one of them calls "sexloverelationships" – cast in the specific light of racial and cultural identity.

Mike (Matthew Gin) is the aspiring writer pressured by his mother into studying medicine. Rick (Simu Liu) is the ambitious commerce student who figures he has to pretend to be a FOB ("fresh off the boat") Chinese go-getter in order to succeed. Sheldon (Darrel Gamotin) is the die-hard romantic; Luke (Philip Nozuka) is the disc-jockey clown. The belligerent Dave (Oliver Koomsatira) sees a racist in every vanilla-pudding face and spends his spare time punching out white boys.

The play uses a time-travelling conceit – Rick claims he can project his mind into the future – in order to shift back and forth between the boys' university days and their present lives. There are also comic dream and fantasy sequences, including a game show that pits Mike against his mom and a war-movie spoof that sees the guys as embattled soldiers on the racial front line.

The tone becomes serious in the second act, which deals with drug and alcohol addiction and involves the death of one of the friends. The play's mood turns from bitterly humorous to reflective and elegiac.

This is the second show in what Factory is calling its "Naked Season," where the production elements are stripped to the bone. It's supposed to concentrate our focus on the writing and allow us to assess established Canadian plays with fresh eyes. It backfired with the first show of the season, Linda Griffiths's Age of Arousal, which just came off looking like a rough rehearsal. It works better here. Aureus's time-tripping, fragmented structure lends itself to a minimalist approach and Aquino compensates creatively for the missing resources.

Besides, the director has hitched the play to a team of pumped young actors who easily fill the stage of Factory's Studio Theatre – empty save for a pair of platforms. The five not only play the friends and various other roles, they create the show's sound design – via vocal sound effects – and even provide "projections" by running up the aisle and showing us images on their cellphones.

The casting is perfect. Liu cuts a handsome, self-confident figure as idolized Rick, the play's Richard Cory character. Nozuka's Luke has the goofy charm of a young, Asian Jim Carrey. Koomsatira's racist-bashing Dave has a scary intensity, while Gamotin is infinitely sympathetic as lovelorn Shel. As the writer hero, Gin does much of the dramatic heavy lifting in Act 2, when the play zeroes in on Mike's destructive friendship with self-medicating Rick.

A decade ago, Banana Boys was one of the works that signalled an emerging Asian voice in Canadian theatre. Today we're hearing that voice clearly: Kim's Convenience, Ins Choi's Korean family comedy, is a nation-wide hit, about to be turned into a TV series for that other CBC. David Yee, who played Dave in the original Banana Boys, just won a Governor-General's Award for playwriting. And Aquino is the first director of Asian descent to run one of Toronto's flagship theatres.

In that light, we can celebrate Banana Boys for what it represents. And like its characters, looking back on their university years, we can appreciate its intentions and treat its shortcomings with indulgence. 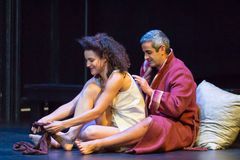 Theatre Review
The Circle: It’s hard not to like this feisty comic drama
November 6, 2015 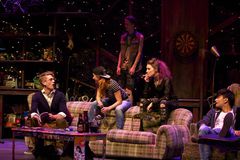 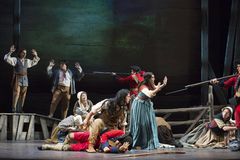