Children need to be entertained over the holidays – but, let's face it, most little ones aren't particularly discerning artistic consumers. Boys and girls are often elated to just get dressed up and have a sugary drink at intermission. Okay, so are most adults – it's true.

Nevertheless, taking kids – your own, your grandchildren, your niece and nephew – to a family musical over the holidays is essentially guaranteed to be a special experience for them. But will it be for you – the adult chaperone who is, after all, paying for a seat, as well? Here's a guide to what's genuinely fun for the whole family in Toronto this season. 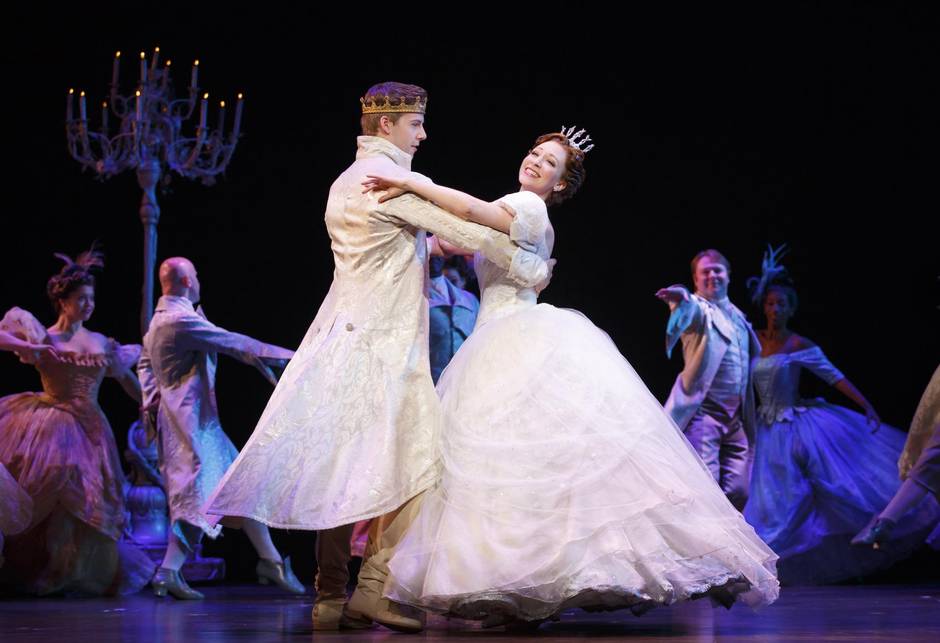 Richard Rodgers and Oscar Hammerstein II first adapted this famous fairy tale for a television musical in 1957 – and reworked versions of what was broadcast have appeared on stages ever since. The utterly charming Cinderella currently visiting Toronto features the wonderful old songs plunked into a completely rewritten book by Douglas Carter Beane, whose adult-oriented comedies include The Little Dog Laughed and The Nance.

Beane’s attempt was not terribly well reviewed when it played on Broadway two seasons ago – and I can’t for the life of me figure out why. He had me chuckling throughout as the script swung back and forth between telling Cinderella’s story and poking sly fun at it.

On tour, Kaitlyn Davidson couldn’t be more kind-hearted as Ella – and her sweet, silvery singing voice is perfect for the classic In My Own Little Corner. But it’s Andy Huntington Jones as the mildly depressed dragon-fighting Prince Topher who really slays. He is charming, yes, but also winningly self-deprecating – and his comic timing is impeccable. Beane does a fine job of comparing and contrasting Ella and Topher’s feelings of isolation in imperfect families – and, for once, the two seem like a perfect match.

In keeping with the times, Beane has given one stepsister her own star-crossed romance: Gabrielle (the lovely Kimberly Fauré) falls for a mild-mannered reformer named Jean-Michel (David Andino).This allows for the reprise of A Lovely Night to be transformed into a Wicked-style friendship duet between Ella and ’Elle – and neuters some of the misogyny of Charles Perrault’s tale.

This take on Cinderella might be better appreciated by Canadians than Americans – and not just because, in addition to getting the prince, the heroine helps transform her fairy-tale kingdom into a constitutional monarchy (complete with prime minister).

It’s also that Beane’s semi-serious take is truly of the British pantomime tradition – complete with a madcap chase through the woods. (All that is missing was panto king Ross Petty’s reliable gag: “Run, forest, run!”) Instead of pop tunes, you get some underappreciated songs from the catalogue of the creators of The Sound of Music and The King and I – such as Do I Love You Because You’re Beautiful? and Loneliness of the Evening (a song cut from South Pacific, sounding only slightly out of place here).

For the proper panto experience, producer Petty’s fractured fairy tales are back on form this year.

This time around, writer Chris Earle mixes together J.M. Barrie and Lewis Carroll in a plot that’s more of a hash-up than a mash-up. It’s hard to make a heck of a lot of sense of Captain Hook’s plan to lure Wendy to Wonderland and then use a locket full of fairy dust to open the Queen of Hearts’ tickle trunk of terror.

Halfway through the first act, three actors from TV’s The Next Step – the Degrassi of dance – take the spectacle to the next level, showing off awesome moves as Alice, the Cheshire Cat and the Mad Hatter (Jordan Clark, Taveeta Szymanowicz and Lamar Johnson, respectively) in a Bruno Mars rip-off called Wonderland Funk.

Music-wise, Peter Pan in Wonderland also features snippets of Omi’s Cheerleader (for the kids) and Radiohead’s Creep (for the ’rents) with slightly tweaked lyrics, under the consummate musical direction of Bob Foster.

But the real draw for adults (and kids) is Stratford Festival expat Dan Chameroy’s sixth tour of duty as Plumbum – now called Tinkerbum. This is more than your standard man in a dress – she’s as hilarious and endearing a comic creation as any to ever to grace a Canadian stage.

This is the final year to boo Petty – the producer of the shows – onstage, too. He’s retiring from playing the bad guy or gal – and his Captain Hook is bad in many ways. His worst joke this year: Set-up: “Hey, you’re playing a man this year?” Punchline: “It’s a reverse Caitlyn Jenner.” Yeah, time for the hook, already.

Peter Pan in Wonderland continues to Jan. 3 at the Elgin Theatre. Tickets from $27 to $99, rosspetty.com. 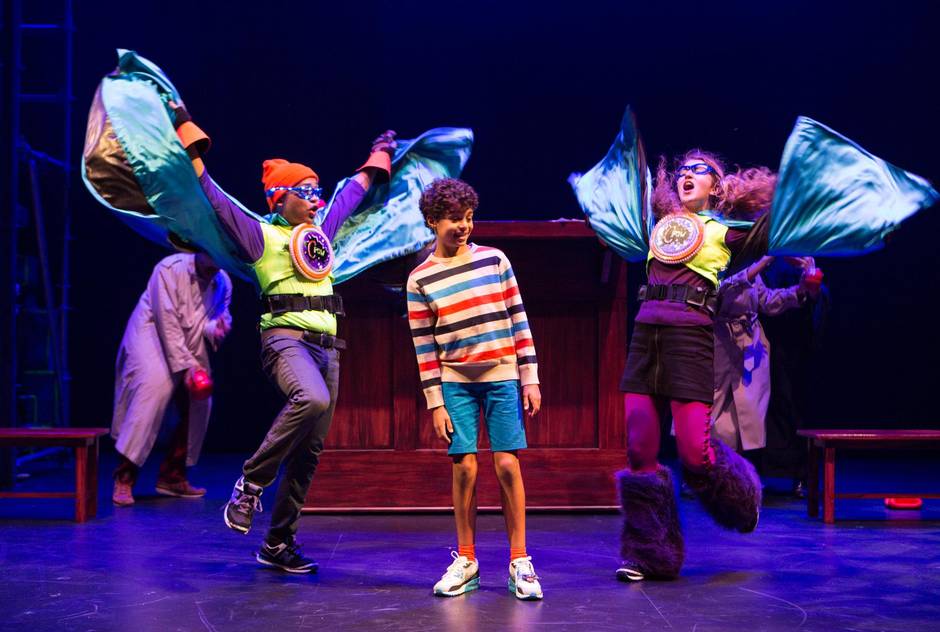 But, unfortunately, this A-list talent is in a D-list show. Jacob Two-Two – adapted from Mordecai Richler’s book about the kid who says everything twice and goes to Slimer’s jail – is a blah boy’s adventure on stage, one thing after another, with no relationships to develop along the way.

Two-Two has been a hit many times for YPT, nevertheless – but this one messes with success, adding new songs by Britta and Anika Johnson. I can’t speak for the missing old ones, but these sound dangerously close to hits you may already know by Queen or Barry Manilow.

The bigger problem is Allen MacInnis and Jen Shuber’s lackadaisical direction on a dreary set. (Shuber is also responsible for the lacklustre choreography.) MacInnis, who is also YPT’s artistic director, hires top-notch performers each year – but he really should consider hiring top-notch musical theatre directors. The holiday shows I’ve seen him helm at TYP have included some conspicuous misses.