Should you read the book before seeing the play? In the case of The Kite Runner, I'm glad I arrived at the Citadel Theatre with little prior knowledge of Khaled Hosseini's 2003 bestseller.

The Kabul-set epic is a ripping good yarn – but I'm not sure it's much more than that. Indeed, it can be dangerously simplistic about modern-day Afghanistan. Nevertheless, not knowing the plot, I was kept on the edge of my seat by its potboiler twists and turns. And yes, you can literally be kept on the edge of your seat at the Citadel. Edmontonians, do you know what luxurious legroom you are blessed with?

In Matthew Spangler's adaptation as in the book, The Kite Runner is narrated by Amir, who tells us about an "unatoned sin" he committed as a child growing up in Kabul in the early 1970s.

Amir is played as an adult by Anousha Alamian, and shown as a boy by Conor Wylie. He was raised by his father Baba, a wealthy, secular Pashtun merchant, in a household with two Hazara servants who were treated, at times, as extended family: Ali, who had served and been a friend to Amir's father for almost 40 years, and his son Hassan.

Amir and Hassan were also close, but their differing ethnicities, branches of Islam and respective statuses as servant and master complicated matters – especially when a neighbourhood bully named Assef came into the picture.

Their friendship came to a crisis point during a kite-fighting contest in Kabul – where Amir held the string and Hassan chased the downed competitors. (He's the kite runner of the title.) A shocking encounter with Assef after the competition, however, altered both the boys' lives – with Amir, instead of standing up to a bully, showing his true cowardly colours.

The fact that Alamian tells Amir's story, while Wylie depicts it makes the first act play out like a picture storybook. It's all very past tense, which is why I've been using it.

Director Eric Rose's production, nevertheless, provides beautiful illustrations on an abstract set designed by Kerem Cetinel. This co-production between Theatre Calgary and the Citadel features one of the largest companies of actors of colour ever seen on a major stage in Canada.

That we are watching a book on stage becomes more problematic in the second half, however, as 20 years clunk by in quick succession. The Soviets invade Afghanistan, Amir and Baba escape to San Francisco, and Amir meets a wife in America's Afghanistani community. At one point, almost every line Alamian speaks seems to begin with the declaration of a new year – leaving the actor with little to pull his performance together other than that aching sense of guilt, a thin thread to fly a kite on for two hours.

Finally, on the eve of the U.S.-led invasion of Afghanistan in 2001, The Kite Runner returns to the meat of the story when Amir receives a call from an old friend telling him: "There is a way to be good again." This leads to a visit to Pakistan – followed by a dangerous trip into Taliban-controlled Kabul. Briefly, the play happens in front of the audience.

While Alamian struggles to rise above the limitations of Spangler's adaptation, there are other compelling performances. Michael Peng gives us a rich and complex Baba, who is broad-minded when it comes to the Hazara, but has others prejudices (and secrets) that emerge later on. Omar Alex Khan is also a stand-out, radiating warmth as a friend of Baba's who becomes a surrogate uncle to Amir, while Norman Yeung wrenches hearts with his eager, honourable Hassan.

A sign of sophisticated storytelling is when the villains are well-rounded characters, too. No such luck here – neighbourhood bully Assef is played with knuckle-cracking glee by Ali Momen.

"Years later, I learned an English word for the creature that Assef was, a word for which a good Farsi equivalent does not exist: sociopath," says Amir. Fair enough – but when these same simplistic strokes are applied to the Taliban in the second half, the result is a series of scenes that seem transplanted from a Hollywood thriller. Bad guys hide out in lairs cackling and let the good guys get away. This is entertaining, of course, but the Taliban weren't so easily outsmarted over the long last decade, were they? This part of the play plops like propaganda – dated and deadly. 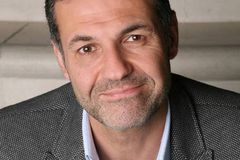 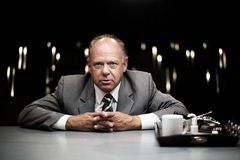