The title Taking Shakespeare might blandly imply "studying Shakespeare." But with Murph, the slacker student in John Murrell's entertaining new Stratford Festival play, the phrase more aptly suggests laying siege to a formidable fortress. Murph alone isn't equipped to storm the bastions of the Bard's great military tragedy, Othello, and capture its profound riches, but guided by a veteran scholar he might stand a chance.

That veteran is known here only as Prof, but she's played by Stratford legend Martha Henry. It's a role Murrell created specifically for her and he's tailored it to capitalize on the actor's dry wit and keen intelligence.

Not to mention her crystalline reading of Shakespeare. Henry delivers on all counts, although director Diana Leblanc ultimately lets her make the play more of a star turn than a truly involving comedy-drama.

Prof is an aging academic stuck in a rut. When we first see her, she's slouched over a copy of Vladimir Nabokov's Glory in the decidedly inglorious digs she's rented for almost 35 years. Murph (Luke Humphrey), with the inevitable headphones slung around his neck, has arrived on her doorstep for private tutoring. He's two months into his first term at university and close to flunking. His mother, the dean of humanities, has sent him to her own former professor in the hope she'll get him back on track.

Prof, however, is reluctant to take him on. A devotee of video games, Murph appears to be just another subliterate, attention-deficient kid. He thinks even the titles of Shakespeare's plays are too long and says he can't read the texts because he doesn't "connect" with them. "It's hard to connect if you don't pick up the receiver," Prof replies tartly.

But when Murph mentions that one of his assigned texts is Othello, it hits a nerve. Othello happens to be the play that first turned Prof on to Shakespeare, and one that has deep personal meaning for her. Perhaps recognizing her younger self in Murph – or maybe just to recapture her youthful passion – she agrees to teach it to him.

As their weekly lessons proceed, Murph turns out to be brighter than expected. (Early on, he mentions being a fan of Game of Thrones. If Prof knew her pop culture, she'd realize that series is a great entry point for appreciating Shakespeare.) Prof, meanwhile, lets down her acerbic front to allow him glimpses of her lonely and disappointing life. Lately, her rigorous teaching style has made her unpopular with students and now her job is in peril. We can only imagine her ranking on ratemyprofessors.com.

Taking Shakespeare marks a return to playwriting for Murrell, who has spent the past decade successfully remaking himself into an opera librettist with such works as Filumena and Lillian Alling. He made his reputation writing plays with strong roles for women (Waiting for the Parade, Memoir, Farther West) and this new one falls into that tradition. Only, Prof need not be played by a woman – Murrell took the role himself when One Yellow Rabbit gave Taking Shakespeare a test run in Calgary last year. In fact, the character is in some ways too ambiguous. Murrell sketches in Prof's past so lightly that we never feel we really know her.

But that doesn't keep Henry from revelling in the part. The 75-year-old actor, her silver hair cut short, pads about Michael Gianfrancesco's book-lined set, downing endless cups of black coffee and homing in on Shakespeare's poetry like a drone. She's lit up with an inner sprightliness that's partly Prof's lively intellect and partly Martha Henry in her element and having a high old time. By the end she can't resist hamming it up a little just to amuse us. Humphrey's hunky Murph provides eye candy for younger audiences and, as his tutorials progress, his growing enthusiasm for Othello becomes infectious. Indeed, Taking Shakespeare is at its best when it's talking Shakespeare, as teacher and pupil confront the riddles and terrible beauties of that thorny tragedy. In that respect the show does what Stratford hopes it will do: whet our appetites for the Othello production opening at the festival later this month. 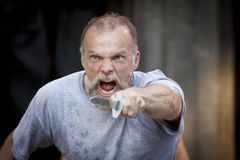 Much Ado About Nothing: Shakespeare by the last director you’d ever expect – Joss Whedon
June 14, 2013 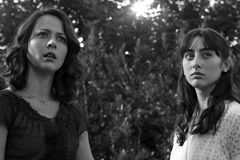 A superb Hamlet for modern times on show at Bard on the Beach
July 9, 2013 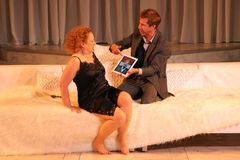 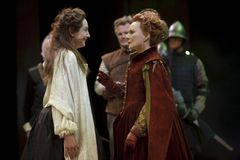