There's a federal election campaign on, the ruling Conservatives – deemed heartless by the opposition – may be in trouble, but the Liberal leader, who is well-meaning but inarticulate to the point of almost being unable to finish a sentence, may not be capable of capitalizing on the opportunity. The NDP, meanwhile, is running on a platform to raise taxes. The senators wear blinding, sparkly jackets, indicating their propensity to spend taxpayers' money. The Conservatives field a guaranteed-to-win "family values" candidate. There's an atrocious omnibus bill. "Give me back my Canada!" someone demands.

No, this is not an account of Canada's current travails but the scene set in The Best Laid Plans: A Musical, which has just had its world premiere in Vancouver. Based on the Leacock Medal-winning novel by Terry Fallis (which was also adapted for TV by the CBC), the adaptation features a book by Governor-General's Award-winning playwright Vern Thiessen and music and lyrics by Benjamin Elliott and Anton Lipovetsky, two rising stars on Vancouver's theatre scene. So, lots of promise. A musical about Canadian politics from a bunch of acclaimed creators? Bring it on.

The play centres on Daniel Addison (Nick Fontaine), a young, smart political speechwriter whose life and career go off the rails when he discovers that his girlfriend, Rachel (Shannon Chan-Kent) – also a Liberal aide, has been disloyal with Dick (Zahf Paroo), another member of the backroom team. (Cue the "caucus" and "private member's bill" jokes.) Devastated, Daniel decides to leave politics, but the Liberal leader (Katey Wright) has other plans. She needs one last favour from Daniel before she will let him go: He must find a candidate to run against the impossible-to-beat Conservative incumbent in an Eastern Ontario riding.

In Cumberland-Prescott, Daniel rents a room from a gruff old engineer, who is also a grieving widow. A Scotsman who speaks the truth, Angus McLintock (Andrew Wheeler) embodies everything that is lacking in political Ottawa: honesty, integrity, loyalty and a devil-may-care approach to what people think of him. Daniel comes up with a scheme: He will take over teaching Angus's hated English for Engineers class at the university if Angus will run for the Liberals. It's a seat he is guaranteed to lose. But, as the title suggests, things don't always go as planned.

It's an apt sentiment for this musical. With all that talent on the creative team, the potential for high-brow high jinks in a political setting, the hunger for another good Canadian musical à la Ride the Cyclone, The Best Laid Plans, like the system it satirizes, does not deliver on its promise.

The musical numbers are uneven. The opener, Have Your Say, falls flat, but then the audience is treated to a couple of high points: Rachel, My Rachel, where Addison professes his love and is crushed by infidelity – all in one song; followed by the excellent Cumberland Hymn, performed by a retirement-home choir. And so it goes – great moments (Binary World) followed by meh, filler-type forgettable songs.

There is little nuance in the story, which is oh, so predictable. With few exceptions (including a menacing bear who taunts Daniel), the plot is hackneyed and telegraphed.

The ensemble cast is uneven too, although Fontaine and Wheeler (who, ha, played the Prime Minister in the Firehall Arts Centre's production of Proud) are both excellent. Kudos also to the small live band.

This show has potential. It would benefit from some retooling. If you elect to go, it still serves as a diversion during a seemingly endless election campaign.

Musicals are expensive to produce and certainly expensive to create. You walk into a theatre showing a homegrown musical about our own political system and you really, really want it to be great. But as every voter knows, you don't always get what you hope for.

The Best Laid Plans: A Musical runs in Vancouver until Oct. 3 (thecultch.com). 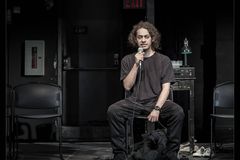 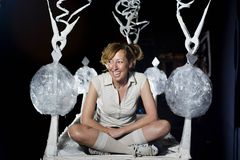 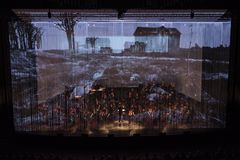