Montreal's Danse Danse is emphatic about movement, as you can tell from its name. The company has been presenting dance in Montreal for 17 seasons, and occupies what from a certain angle looks like an upper tier in a crowded scene.

It's not the city's only dance presenter – Agora de la Danse, Tangente and Studio 303 produce numerous shows by a variety of companies and independents each year. But Danse Danse lodges at Place des Arts, has an international reach, and is the only outfit in Montreal capable of bringing in troupes such as the National Ballet of Canada, which opened the current Danse Danse season with three performances at Théâtre Maisonneuve late last week.

In keeping with the presenter's focus, the Toronto-based National brought an all-contemporary mixed program of works by William Forsythe, Wayne McGregor and Marco Goecke. Forsythe's the second detail and Goecke's Spectre de la Rose both appeared on a National program in Toronto last spring called Physical Thinking, which could easily apply to McGregor's brainy, athletic Chroma as well.

It's incredible to me that the second detail is halfway through its third decade – Forsythe made it for the National in 1991, and is still setting it on other companies, including Boston Ballet, which took up the piece one year ago. It's remarkably fresh for its age. During Friday's performance, its speedy recombinant deployment of ballet moves still looked cheeky and even industrial – an illusion enhanced by Thom Willems's alkaline electronic music and the concrete grey of Forsythe's simple set and costuming. If some of it felt a little familiar to those coming new to it during the work's first Montreal performances, that may be because a lot of other, younger choreographers have been cribbing from Forsythe's book.

Chroma is another piece of extreme dance driven by a rather analytic temperament, though McGregor's base is modern, and his performers have a deeper relationship with the floor. The rapid sinewy movements in this piece were often centrifugal, each limb stretching to its furthest extension. Lifts sometimes had a strong horizontal orientation, as a male dancer wound one of the women elliptically around his hips while her legs extended beyond 180 degrees. As in Forsythe's ballet, the dancers often ended an intense sequence by simply walking away, as if to emphasize that we were there not just for pleasure but to witness kinetic research. In that respect, Lucy Carter's clinical lighting and Moritz Junge's anhedonic costumes were right on the money. The choreography's fierce energy gained a lot from Joby Talbot's electroacoustic score, which included arrangements of songs by the White Stripes, and from the cool finesse of John Pawson's off-white set.

Goecke's Spectre de la Rose was billed as a new take on an old classic – Mikhail Fokine's 1911 ballet – though Goecke has no use for Fokine's soft lyricism. Goecke's art is as speedy as that of the other choreographers on this bill, but he contains his movement in a small space, often holding the dancer on one spot as tremors of activity race through the arms and torso. Very soon, this Spectre became a piece about the agitations within, and the unseen barriers without. It was also perhaps a piece about dance history: As Dylan Tebaldi's movements became more frenzied and self-absorbed, it was hard not to see his role as a representation of the madness of Vaslav Nijinsky, the first dancer to appear as Fokine's rose.

The dancers of the National Ballet performed all these pieces with remarkable strength, precision and polish. I especially enjoyed Heather Ogden's work in the second detail; and Tanya Howard's wild solo tear through that work's last section, in the Issey Miyake dress that, in the first iteration of this piece, hung above the stage on a hanger. I missed hearing a real orchestra in the Goecke, which was danced to a score by Carl Maria von Weber, but that expense was outside the budget – a reason also why the National brought these pieces and not, say, one of its recent full-length acquisitions from Christopher Wheeldon or Alexei Ratmansky.

Danse Danse has nine more productions ahead, including a reworked version of Bagne, an important piece from the early 1990s by Montrealers Jeff Hall and Pierre-Paul Savoie (Oct. 21-31); a new contemporary version of Swan Lake by South African choreographer Dada Masilo (Jan. 14-16); and the first Montreal performances of Édouard Lock's The Seasons, by the Brazilian company Sao Paulo Companhia de Danca (April 28-30). That last gig, which has been known about since the season was announced in March, took on a bittersweet flavour following the collapse earlier this month of Lock's own company La La La Human Steps, after 35 years of activity.

The final shows of the season also mark a first-ever collaboration between Danse Danse and l'Orchestre symphonique de Montréal, which will co-present Le Carré des Lombes in a new work by Danièle Desnoyers with a commissioned score by John Rea. Amazingly, you can still subscribe to the season for as little as $22 per show – a bargain by any measure. 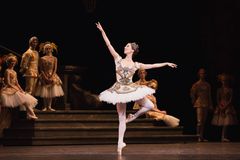 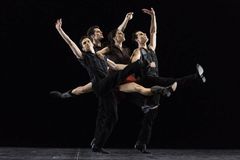