Three history plays, three Scottish kings (and queens) and a little over 11 hours in a decommissioned generating station in Toronto's Port Lands area. Here's what the first marathon run of the National Theatre of Scotland's The James Plays at the Luminato Festival felt like.

11:55 a.m.: After a beautiful half-hour bike ride on a sunny Saturday morning, I've arrived at the dusty, damp Hearn Generating Station. It's on a street called Unwin Avenue – a name that reminds me of the witches' line in Macbeth: "When the battle's lost and won …"

A few years ago, the National Theatre of Scotland got tired of playgoers knowing only that one bloody Scottish king – and only knowing him through the lens of an English playwright.

So it commissioned Rona Munro to pen three plays about three kings in 15th-century Scotland – James I, James II and James III – before the Union of Crowns of England, Ireland and Scotland in 1603. Now, this trilogy is having its North American premiere in a custom-built 1,200-seat theatre here in the Hearn.

1:15 p.m.: First intermission of the first James. James Stewart (Steven Miller), a prisoner of the English for 18 years, returns to Edinburgh to rule with his new English wife (Rosemary Boyle) – and is, understandably, viewed with some skepticism by the families who have controlled Scotland in his stead, particularly a violent branch of Stewarts headed by Murdac (the sympathetic John Stahl).

Henry V – the English one, whom you may know from a play by a guy named Shakespeare – had explained what it means to be a king to James: "You have to [expletive] women you don't know and execute your relatives." (Yes, these ain't your great-great-great-great-great-grandfather's history plays.)

But James – bookish, sensitive – wants to be different. The best scene so far involved James persuading the boisterous Scottish court to kneel before him – an excellent piece of writing, performed with the utmost persuasion by Miller, and all very smoothly directed by Laurie Sansom on a staircase that doubles as a drawbridge designed by Jon Bausor. I doubt the peace will last, however.

2:45 p.m.: First James play over and done. While the history of his reign was new to me, the general story was perhaps too familiar: A man tries to rule benevolently but ends up becoming the king he hates. Munro has written a very satisfying pastiche of a history play, with bigger roles than Shakespeare usually gave women – but I'm hoping that the next one moves on from the formula and tells us something more than that power corrupts in Scotland, too.

4:05 p.m.: James II about to begin. This is my third time visiting the Hearn, but it was still fascinating to explore during the break. I overheard another point of view, however: "This is like one of those places they imprisoned people during the G20."

5:30 p.m.: Intermission. We've shifted from men to boys: James II (Andrew Rothney) is raised in captivity like his father, though this time by a Scottish lord named Livingston (Stahl again, impressively transformed). Munro has definitely thrown away the formula – the first half of the first act is an extended nightmare sequence. Unfortunately, it ends up feeling like an overlong prologue – and I'm not loving Rothney and Andrew Still, playing his only friend Douglas, as oversized children; maybe in a production with less naturalistic casting, this would work better.

6:40 p.m.: James II ends – and we're on a two-hour dinner break. I didn't enjoy this one – watching men brutalizing boys, beating the sensitivity out of them, those boys growing up to be unstable and brutal themselves. I suppose the point is that, well, this is the real history of "great men." But it all got a little too Sturm und Drang, with Still acting an awful lot as Douglas had an extended breakdown. I'm not sold on why I need to see this cycle of violence and cruelty. Then again, I gave up on Game of Thrones – to which The James Plays have been compared – after the first season. If I weren't reviewing, I might skip here.

7:40 p.m.: Still in line for the buffet dinner. I'm beginning to agree with the G20 comment I overheard earlier. (A Luminato PR person tells me they're working out the kinks for future marathon runs.)

9:42 p.m.: I'm back on board with Munro's history plays. James III is gentler in tone, funny and even has a bit of dancing (to a Scottish bagpipe-and-accordion rendition of Lady Gaga's Born This Way, in one instance).

Our third James (Matthew Pidgeon, previously a sadistic Henry V) is here a bisexual hedonist who couldn't care less about affairs of state – he wants to build a cathedral, go on pilgrimages and be followed around by a choir. But the play is more about Margaret, his Danish wife (Swedish actress Malin Crépin, the only actor here playing a single role) trying to hold the family and the country together.

11:15 p.m.: Well, James III really tied the series together – with Crépin the first to make me cry, with joy, when Margaret sees a mirror for the first time. The playwright is as interested in technological history – drainage systems and colour dyes – as she is in that of kings.

Munro's plays also ended up being as much about a series of immigrant women – English, French and Danish – contributing to Scotland's sense of itself. There's a recurring theme of men afraid of losing the love of wives to their children.

The James Plays have dispelled some of the stereotypes I had about the Scottish people – that they're good with money and drink scotch, for instance. Here it's only the women from abroad who seem able to keep the books – and everyone, everyone in power anyway, drinks wine. Even the guy named Balvenie.

Would I recommend any of the plays individually? I'd say go in or skip the whole series – there's great value in the accumulation of details.

With the Hearn as its heart, Luminato has finally found its beat
June 17, 2016
Russell Smith: At Luminato’s Unsound, music is abstraction
June 13, 2016 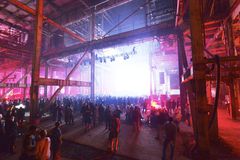 Jorn Weisbrodt looks back on his legacy at the Luminato Festival
June 9, 2016 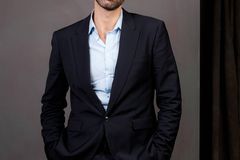