Come From Away has landed back in Toronto – and if the rapturous reception that greeted the opening performance by a new Canadian cast on Sunday afternoon at the Royal Alexandra Theatre is anything to go by, it may be here for a long-enough layover to change the very nature of commercial theatre in this city.

Local couple Irene Sankoff and David Hein's groundbreaking musical tells the story of what happened in Gander, Nfld., on and after Sept. 11, 2001 – when 38 planes from around the world were diverted there following the terrorist attacks in the United States.

The small-town Newfoundland in the show is a real place, populated by characters based on real people who Sankoff and Hein interviewed – many of whom, such as recently retired mayor of Gander Claude Elliott, were, once again, in attendance this weekend.

But the setting of Come From Away is also a metaphor for that liminal space between when a tragedy happens and when it really hits you, the time when you're simply reacting and it helps to have sandwiches to make to keep you busy. An "island in between," as the lyrics of the opening number, Welcome to the Rock, put it.

One of Come From Away's selling points is that it's not based around star performances, or standout solos (save the one by the pilot Beverley that Eliza-Jane Scott nails in this new production).

It's about regular folks stepping up and contributing what they can when the situation requires, not crowd-craving divas or lock-step chorus lines, the aspects of musical theatre that led British playwright Howard Barker to call it the "authoritarian art form."

The original production of Come From Away – which passed through Toronto in late 2016 on its way to New York – celebrated, also on Sunday, one year of bringing "normcore" to Broadway. And the new Toronto cast provides a chance for some Canadian performers you may know from "supporting" or "featured" roles to take the lead in this kinetic ensemble production directed by Christopher Ashley.

Barbara Fulton, who has 22 seasons at the Stratford Festival under her belt, and James Kall, who has 35 years of professional experience, are cases in point – playing a American woman and an British man who meet in Gander; they have dreamy romantic chemistry – and how nice to swoon for love in middle age, in the middle of – what some might call – nowhere.

George Masswohl anchors proceedings as the earthy mayor of Gander, and the even earthier mayors of Appleton and Gambo.

Kevin Vidal, known to me primarily as a sketch comedian, sets a new high bar for the role of Bob – a Brooklynite who is, at first, highly skeptical of the Newfoundlanders opening their arms to strangers (and is a great stand-in for any audience member wanting to resist a story so explicitly about kindness and compassion).

Ali Momen, too, brings new depth to the more skeptical half of a gay American couple who both happen to be named Kevin, as well as a Egyptian chef who encounters the outer limits of others' openness.

Steffi DiDomenicantonio gives a treat of a performance, almost too charming and funny as Janice, a Rogers TV reporter who ends up in the middle of the story of her career on her first day at work.

In a cast full of doubling or tripling of roles, the missteps are minor. Saccha Dennis seems a tad too young for the role of New Yorker Hannah, waiting to hear from her firefighter son; and a too-broad tone occasionally invades Lisa Horner's performance as the schoolteacher Beulah. (That the new cast does not include any Newfoundlanders has made the news in St John's.)

In the 1990s, there was a musical-theatre bubble in Toronto that burst, in part, after 9/11 happened and visitors from the United States suddenly needed a passport to cross the border. Mirvish Productions has gradually refocused on attracting audiences from across Southern Ontario – and what a strange coincidence that a show about the tragic events of that day in 2001 might now prove not just a market for long-running shows in Toronto, but ones by Canadians and even about Canadians.

Come From Away (mirvish.com) continues to Sept. 2 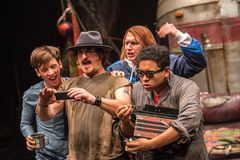 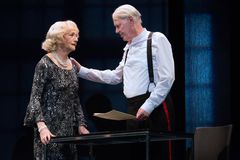 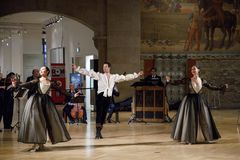