Soulpepper couldn't have picked a more perfect piece of movie madness to follow the Toronto International Film Festival than its new adaptation of a little-known 1924 Hungarian comedy, Picture This.

Morris Panych and Brenda Robins's take on Melchior Lengyel's play (originally titled The Battle of Waterloo) begins in a hotel in Budapest where a major Hollywood director named Red (Cliff Saunders) is staying.

Directors, actors and composers from the local, under-financed film industry lurk in the lobby – or have temporarily taken jobs as concierges and bellhops – in an attempt to get the opportunity to impress Red or slip him a résumé and, with any luck, get spirited away to fortune and fame in Los Angeles.

Then, there's local producer Romberg (Jordan Pettle), who has a modest proposal for Red: Come make his next silent movie in Budapest at his studio with his team for just 5,000 American dollars – a fraction of the cost of filming in Hollywood. His ex, the actress Milli (Michelle Monteith), disguised as a cocktail waitress, is on hand to help seal the deal – and sell herself as the Mary Pickford of Hungary.

There's not as much slapstick in the lobby of the Four Seasons or Intercontinental during TIFF – but otherwise, the surreptitious attempts to schmooze with Hollywood big wigs will be highly recognizable to anyone who's come across that scene. The only things missing from Lengyel's play are selfie-seeking celeb chasers – and government bureaucrats competing to offer the best tax credits for filming in a particular province.

The twist in Picture This comes early when Red runs into an old friend named Mr. Brown (David Storch) – who, like Red, immigrated to the United States from Hungary 30 years earlier but now runs a fur shop in Buffalo. A classic comic misunderstanding ensues among the Budapest film folk, and Romberg et al soon focus their attention on Mr. Brown, thinking that he's a major producer as well. Flattered by the attentions of Milli in particular, and possessing exactly $5,000 in his life savings, he doesn't correct their misapprehension.

If you're wondering why the original title was The Battle of Waterloo, that becomes the subject matter of the film Mr. Brown and Romberg end up making (in two weeks!), which allows the hulking Stratford Festival veteran Robert Persichini to sweep in after intermission and steal the show as a lecherous, moody local film star named Boleslav, who has been inexplicably cast as Napoleon.

About a decade ago, Robins, a long-time actress at Soulpepper, teamed up with playwright Adam Pettle to adapt another Hungarian play, Miklos Laszlo's Parfumerie, and it became one of the theatre company's biggest hits under the direction of Morris Panych.

Picture This is not quite as rousing a success, Panych having imposed too much unnecessary funny business in his staging of the first act and adding in a distracting directorial concept. There is frequent underscoring and sudden lighting shifts that try to give the proceedings the feeling of an old-timey movie, but they don't quite work.

The character comedy of the script itself finds its groove soon enough; in the second half especially, there are enough stylish performances from Monteith, Persichini and Storch to amuse, plus Gregory Prest as another actor with a very fragile ego and a particularly expressive left eye to generate out-loud laughs.

One could also wish that Monteith and Pettle had a little more romantic chemistry, but ultimately, Picture This is Soulpepper playing to its old strengths – unearthing a work by a lesser-known international playwright that turns out to feel like it could have been written here and now. I can't find any record of a previous English version of The Battle of Waterloo – likely because the cultural situation Lengyel satirizes is really much more relatable to Canadians than it would be to Brits or Americans. I wonder if it is in the original – or a droll addition by Robins and Panych – that the Hungarians know all the Hungarians who have gone to work in Hollywood, but think Pickford is an American.

Lengyel, incidentally, began his career as a journalist and playwright in Hungary, and later went to Hollywood himself where he worked as a screenwriter for fellow European émigré Ernst Lubitsch (who just happened to adapt Parfumerie into the classic 1940 rom-com The Shop Around the Corner). He's best known for his story Ninotchka, a Soviet satire that was later adapted into an Oscar-nominated film of the same name in 1939, and then again by Cole Porter into the musical Silk Stockings in 1955, as well as the classic 1942 anti-fascist comedy To Be or Not to Be, about a troupe of actors in Nazi-occupied Warsaw.

That latter film featured an actor playing Hitler saying "Heil myself!" long before Mel Brooks (who remade To Be or Not to Be) included the same in The Producers – and when we got to the conclusion of Picture This a.k.a. The Battle of Waterloo, I couldn't help but wonder whether it had inspired the end of that comedy as well. Great rediscovery, in any case.

Picture This continues to Oct. 7 (soulpepper.ca). 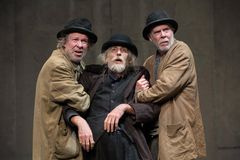 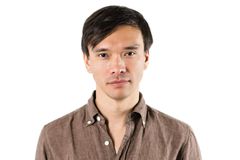 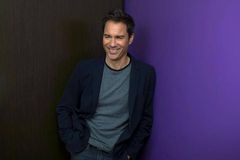