Don your Free Pussy Riot T-shirts and head on down to Soulpepper theatre for Laszlo Marton's punk-rock production of state-censorship satire The Royal Comedians.

Mikhail Bulgakov's 1929 play – also known as A Cabal of Hypocrites – depicts a sexual-taboo-busting, hot-tempered artist who runs afoul of a dictator and the religious powers that keep him in power.

That would be the French master of comedy Molière, played here with panache and pathos by a loose-limbed Diego Matamoros. He has a complicated love-hate relationship with his royal patron Louis XIV (Gregory Prest), as well as a straightforward hate-hate relationship with the Archbishop of Paris (Michael Hanrahan) – at least after his satire about religious hypocrisy, Tartuffe, premieres in 1664.

In light of current events in Moscow, however, it's hard not to think of the brave grrls in the punk band Pussy Riot, on trial for charges of hooliganism after offending Vladimir Putin and the Russian Orthodox Church with a sacrilegious protest performance. Plus ça change, plus c'est la même chose.

Despite the fact that Bulgakov was a scholar of Molière and even wrote a biography of him, The Royal Comedians is full of historical inaccuracies about the French playwright.

That's because the play is not really about Molière, but the Russian writer's own frustrations after his works were banned from the stage in March of 1929 for being politically incorrect, Soviet-style. (In his play about the Russian civil war, The Days of the Turbins, for instance, he dared to depict the Whites in a sympathetic manner.)

On a claustrophobic (if somewhat cheap-looking) set that depicts a hallway of ominous doors perfect for informant eavesdropping, Marton's production takes the script's inaccuracies as a cue to create a wild mash-up of different styles and time periods.

The inclusion of a number of young Soulpepper Academy performers of varying talents and ability adds to the show's shambolic, DIY, punk-rock feel.

The visiting Hungarian director has added in elements of science fiction and magical realism that seem more in keeping with other works of Bulgakov's, such as Heart of a Dog or The Master and Margarita.

Sometimes it works, and sometimes it doesn't. At the start, it really doesn't work: Marton muddles the setup with an over-busy backstage depiction of Molière's theatre company that is hard to follow and hard to hear.

Once we segue to the scenes in Louis XIV's court, however, things begin to sparkle, in part thanks to Prest's sociopathic performance as the Sun King. He alternates between being a messy ruler and keeping his hands clean – stuffing pieces of roast chicken into Molière's mouth as he intimidates the playwright, then dictating his commands to toss dissidents into the dungeon to a disembodied computer voice that's a 17th-century version of the iPhone's Siri.

The king's court includes a jester played by Daniel Williston as a crowd-pleasing reincarnation of Chris Farley, and a violent musketeer called Start Praying, incarnated by an excellently unhinged Stuart Hughes.

Back at Molière's troupe, things are more problematic. Raquel Duffy is affecting as Madeleine Béjart, the actress Molière abandons for the younger Armande. But the love triangle between the playwright, Armande (Sarah Koehn) and a young actor (Paolo Santalucia) is an unbalanced one.

As for the play-within-a-play elements, the clowning and slapstick is sloppy and tiresome, but a couple of added-in excerpts from Molière's plays The School for Wives and Tartuffe (in the Richard Wilbur versions) are well-deployed. Indeed, they're perhaps the most pleasurable parts of the play, much more genuinely funny than what I've seen of late in Stratford or Montreal.

It would be wonderful to have Marton follow this up by directing another of Moliere's plays for Soulpepper. But as to what's on stage at the moment, we've got a rarely produced but relevant work in a vigorous, unwieldy production. Despite its shortcomings, I was glad to have seen it. 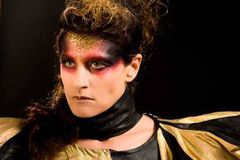 Opinion
Dictators are only a couple of belly laughs from revolution
August 4, 2012 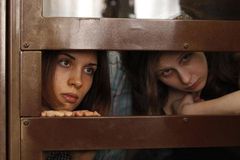