Every Christmas pantomime that Ross Petty produces features two stories unfolding at once.

There's the fractured fairy tale involving the fictional characters, of course, but then there's also the tale of actors struggling to make it through a performance without doubling over at their own double entendres, or improvising an inside joke that goes too far.

The first is for the kids; the second is for the adults, and inevitably a much less mature form of entertainment.

Melissa O'Neil, winner of the third season of Canadian Idol, is the star of the story advertised on the poster this year, playing a beautiful but bland Snow White whose dreams of becoming a veterinarian are stifled by her step-mother, the Evil Queen. (Petty, naturally, plays her royal hideousness in a series of dresses that get progressively tighter throughout the evening.)

An energetically hippy and soulfully sung rendition of Christina Aguilera's Ain't No Other Man aside, O'Neil's performance as Snowy is so sweet and saccharine as to put you into a sugar coma – and, inevitably, all the wee audience members with their unsophisticated taste and lack of discernment, loved her to bits.

Graham Abbey, the erstwhile star of CBC's The Border and star and prodigal son of the Stratford Festival, is the central figure in the second layer of story, which was of infinitely more interest to a theatre critic who forgot to bring children along.

On the surface, Abbey is playing an aging, Ovaltine-drinking super-spy you may be familiar with. "The name's Bond, James Bond," he says after a wonderfully ridiculous entrance. "That's my full legal name."

How exactly does Petty justify this shameless exploitation of the hot pop-culture commodity of the moment? Well, in this Snow White, 007 stands in for the seven dwarfs, you see. (The beauty of panto is that you can boo all you want at bad jokes like this without fear of finger-wagging from The Globe and Mail's editorial board.)

In addition to mocking Bond, Abbey plays, or maybe just is, a bewildered version of himself, slightly unsure as to how he ended up rolling around the stage with anthropomorphic raccoons and pigeons instead of performing Shakespeare. When Petty snarks that Abbey had to "beg" to return to Stratford after a long absence, however, Abbey has a strong retort: "At least I don't have to hire myself to get a job."

That's the meta, as for the theatre: Snow White teams up urban animals – we meet them rooting through a green compost bin – and an assorted collection of other fairy-tale friends to prevent the Evil Queen from destroying the enchanted forest in a Botox-mining operation.

In a cast filled with comic talents, Second City veteran Reid Janisse stands out as Ham, a Don Cherry-styled pig who finds himself without a home due to a lockout by the big bad wolf. The funniest of the bunch, however, is Bryn McAuley, a voice actor on cartoons such as Franklin and Arthur, who really blows down the house as a (Don) Valley girl named Little Red Riding Hood. We first encounter her, wandering lost through the forest, frustrated at having no bars on her smartphone and irritated at her Apple Maps app.

Snow White's script is witty and surprisingly well-constructed, for which there are three writers to thank: Rick Miller, of such one-man shows as MacHomer and Bigger than Jesus; Carolyn Bennett, a comedy writer and former speechwriter for Dalton McGuinty; and Oscar-nominated documentary filmmaker Malcolm Clarke.

You can detect some of the earnestness of Miller's recent shows and perhaps Premier Dad too, in the way the fool played Eddie Glen keeps walking off stage asking, "I don't understand why people can't just get along."

But I appreciated that the mean-spirited gags of recent years were absent; Mayor Rob Ford is made fun of, repeatedly, but in jokes that are genuinely funny and perhaps even fond.

Indeed, director Tracey Flye keeps the proceedings under unusual control – and without loose cannons like Dan Chameroy or Scott Thompson around, the show colours within the lines a little more than usual.

Luckily for lovers of chaos, there's still Petty, overindulging, puffing his way through too many songs that might have been passed off to cast members who can sing. In addition to LMFAO's Sexy and I Know It and Rolling in the Deep by Adele, he also gets to sing Gangnam style.

In the case of the latter, the original Korean lyrics are replaced, cringingly, with new, one-of-a-kind pidgin English. Say it ain't so, Petty – this is a bad idea for so many reasons. Oh, well, at least you can boo. 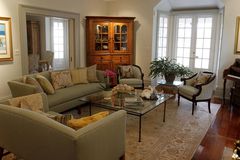