And you thought your workplace was toxic.

In The Competition is Fierce, which has just had its world premiere in Vancouver, the cutthroat office politics are quite literal. It's Glengarry Glen Ross meets The Hunger Games: Score an invitation to one of the company's "initiation banquets," and you will witness the culmination of the corporate "executive training program:" Two candidates go after a promotion – and fight to the death to win it.

When one internal candidate bemoans, "I should have been a doctor," we couldn't agree more.

The play is written by Sebastien Archibald and directed by Chelsea Haberlin, co-artistic producers of Itsazoo Productions, a tiny independent theatre company in Vancouver making a name for itself with its site-specific theatre.

It's presented in the basement of the former Vancouver Playhouse production facility (I loved the no doubt unintentional symbolism of this: the new theatre company rising from the ashes of the Playhouse). A white performance space has been erected, where the play is presented in the round (or the rectangle). As the audience descends into this world, there are amusing little touches: motivational posters urging "Persistence" and whatnot; old-time office staples such as an adding machine and a giant desktop computer; the music playing as we entered the sterile theatre cubicle (which the company refers to as "the Cube") was Loverboy's Working for the Weekend. And the program was created in the style of a corporate annual report – cute.

The play is inspired in part by a (less-than-pleasant, we assume) telemarketing job Archibald held during university, as well as psychological studies looking into the prevalence of psychopaths occupying corner-office positions.

In the wake of the suicide of the company's director of finance, dedicated company man John (Chris Cochrane) who is nerdy and nervous – but smart – is offered the job by his mean old boss, Carlyle (Andrew Wheeler). Alas, Carlyle has dared to defy company procedure by offering John the job based simply on the employee's experience and ideas. So Carlyle is forced by his meaner (and perhaps even more psychotic) boss, Madeline (Marilyn Norry) to bring in a second candidate. This guy (Carlo Marks) also happens to be named John – and he is the son of the executive who killed himself.

The competition gets more fierce when both Johns begin vying for the same woman, Claire (Rachel Cairns), who works in accounting – and has a history with John 2's now-dead father.

Then add to the dysfunctional environment the fact that refusal to participate in the executive training program will not necessarily save your skin: The punishment for insubordination is castration.

The implication is clear (if a little obvious): The current corporate culture not only brings out the worst in us, it could be killing us – or, if we don't manage to get that far, robbing us of our manhood (or womanhood). This environment makes all of us vulnerable, no matter where we stand on the corporate ladder. This point is illustrated – once again perhaps a little too obviously – with each character disrobing at some point in the action. (We're talking full frontal for most of the cast.)

The costumes, when they are worn, hint at the action taking place at some point in the not-too-distant future.

If corporate greed fuelling employee desperation and a backstabby environment is not exactly a new concept (Mamet's Glengarry Glen Ross dates back to 1983), Claire's struggle seems particularly of this moment: In addition to the general nightmarishness of the workplace, she has suffered not just sexual harassment and assault in the office, but also utter indifference by the perpetrator's superior. Of all the (not necessarily white-collar) crimes presented in the play, it's this one in particular that resonates.

Cairns as Claire is remarkable, pulling off a nuanced performance in the middle of the sometimes too-farcical action (I'm thinking of a gory bit with a dead squirrel). I'd say she's a standout, but the entire cast is truly outstanding. Special mention in this performance review goes to Cochrane's nebbishy, eager-to-please corporate climber/devoted son – whose facial expressions, such as disappointed bewilderment, are a thing to behold. Tick the box for exceptional.

By the time the Johns don their pencil-spiked gladiator helmets, the joke is a bit stale and the action has gone on a bit too long. (Insert your my-career joke here.) Still, the knockout performances alone are worth the commute to the Cube. Add non-stop plot twists and supersmart immersive staging, and I can think of worse ways to unwind after a long day at the office.

The Competition is Fierce runs until March 22.

When Everything Feels Like the Movies offers reflections of author Raziel Reid
March 6, 2015 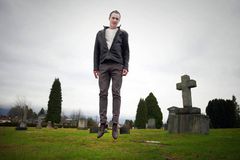 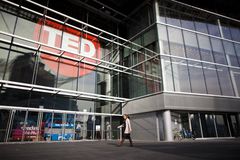 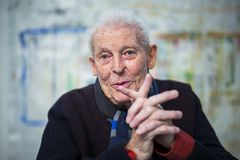