Donald Trump turning you into a grump? Brexit making you lose your breakfast? Populist revolts making your blood vessels pop?

Well, here's the show for you: Matilda – the Musical.

No, don't laugh. This British musical may be based on the 1988 Roald Dahl children's book and feature a cast full of cute cherubs singing and dancing – but it is also a powerful dramatic defence of expertise and the elites, just when we most needed it most.

Matilda – the eponymous heroine – is a special little girl, in fact, a genius. But in a world where every child is proclaimed special, her truly exceptional nature is suppressed or viewed with suspicion by those in power around her.

Her headmistress Miss Trunchbull (Dan Chameroy) is an authoritarian who accuses children of school crimes without evidence and revels in disciplining them in a nail-filled closet called "Chokey." (She'd probably be a fan of waterboarding like a politician who shares the first three letters of her name.)

Meanwhile, Matilda's parents Mr. Wormwood (Brandon McGibbon) and Mrs. Wormwood (Darcy Stewart) are idiots who look down on foreigners and their daughter for caring more about books than money and looks.

"People don't like smarty-pants what go round claiming that they know stuff we don't know," Mrs. Wormwood says in her big song, Loud. "Now, here's a tip: What you know matters less / Than the volume with which what you don't know's expressed!"

Indeed, the only adult in Matilda's life with heart and brains – her teacher Miss Honey (Paula Brancati) – is nervous and ineffectual in advancing her causes. Nevertheless, the little girl keeps a stiff upper lip. Maybe it's too much to ask for who and what is right to triumph – but, as she sings, you can't give up: "Just because you find that life's not fair it/ doesn't mean you just have to grin and bear it."

If Matilda is less saccharine and more pointed than most musicals, it's because the show, which originated with the Royal Shakespeare Company and won five awards at the 2013 Tony Awards, has a pair of unlikely creators behind it.

Dennis Kelly, a dark and political British playwright whose works are rarely been seen here in Canada, has written a surprisingly complex book, one that weaves in different levels of storytelling. The songs, meanwhile, are by Australian comedian and cabaret artist Tim Minchin. He doesn't hold back from his natural satirical tendencies even in the opening number, Miracle.

"Ever since the day Doc chopped the umbilical cord, it's been clear there's no peer for a miracle like me!" sing eight kids in ironic unison.

That's meant to be a comment on everyone-gets-a-prize upbringings – which Minchin's songs cleverly links to the rise of a culture in which people, whether their politics are left or right, feel that their opinion is more important than, say, what scientists say about vaccines or global warming. But at the same time, you might end up feeling that the chorus of children populating this production are indeed miraculous – especially when singing while dancing Peter Darling's complex, superhero-inspired choreography.

From Oliver! to Billy Elliott, the British have long known the easiest way to a musical theatre audience's heart is through children performers.

On opening night, Hannah Levinson – who recently was a stand-out in Grey Gardens for Acting Up Stage Company – won over mine from her first entrance. She has to carry the show and does so, with an intense stare that makes her seem as if she really could develop telekinesis. There's nothing cutesy about her mischievious performance.

The old W.C Fields adage says "never work with animals or children" – largely because pets and pint-size performers will upstage you every chance you get.

But that's not the case with Paula Brancati's sweet-as-nectar Miss Honey, who brings emotion to the show every chance that she gets, and has an accomplished voice that contains hints of Céline.

And Dan Chameroy can add Miss Trunchbull to his list of gender-bending stage triumphs. More restrained than he is putting on a dress and a wig in Ross Petty's annual pantos, he is still very funny – but somehow frightening, depicting this tyrant who can be chilling in both control and chaos.

As Mr. Wormwood, however, Brandon McGibbon doesn't seem to be firing on all the comedic cylinders yet, choreographed schtick and accent seeming to bog down his performance. And while a feisty Darcy Stewart fares better as Mrs. Wormwood, the material with Matilda's family is Minchin and Kelly's weakest – where the balance between entertainment and unpleasantness feels out of whack.

Indeed, here appear holes in the show's philosophy – and it almost tips over into empty elitism. Mr. Wormwood's second-act opening number Telly – in which he extols the virtues of television, while, literally, trashing novels – seems like it was written way before 2010, certainly before The Wire.

As for his championing of cleverness, occasionally Minchin's own gets the better of the show – his lyrics full of verbal games that they're hard to follow on a first listen. It didn't help that the sound mix didn't seem quite right on opening night at the Ed Mirvish Theatre.

Back in 2013, I rooted for Matilda over Kinky Boots at the Tony Awards – and this Toronto production (a touring one, recast with Canadians in all the principal parts) made me feel I was still on the right side of history. But while many may disagree that it's the better musical, I think you'll agree it's the better one for the times we're living in. 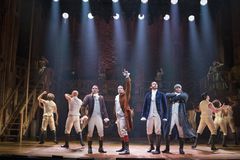 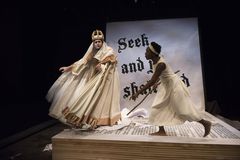 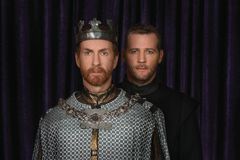